Talks are progressing between Ottawa and the Thalidomide Victims Association of Canada, which says it expects a multimillion-dollar settlement offer from the Conservative government by the end of the month.

The group wants Ottawa to make good on its promise to give 95 survivors "full support" by the time Parliament reconvenes Jan. 26. Talks are expected to resume this week after a series of "rigorous exchanges" in December aimed at creating the country's first comprehensive aid package for Canadians hurt by the federally approved drug.

"Talks were positive," Mercédes Benegbi, head of the Montreal-based association, said on Sunday. "We expect this deadline to be respected."

The Conservative government supported a Commons motion Dec. 1 to support victims of thalidomide, a drug approved by health officials in 1961 and prescribed to pregnant women for nausea or insomnia. Far from benign, it caused severe birth defects such as shortened or non-existent limbs, and has spawned escalating health problems as victims reach their early 50s.

Health Minister Rona Ambrose appears to have moved quickly on the parliamentary motion, appointing senior federal health officials to discuss the specifics of a compensation deal in December.

The officials and representatives for the thalidomide victims held a teleconference Dec. 18 and exchanged numerous phone calls and e-mails.

"The tone was very respectful toward our community and its needs," Ms. Benegbi said.

A spokeswoman for Ms. Ambrose refused on Sunday to give a specific timeline for the government's offer, saying it will deal directly with the thalidomide group. The group is seeking a lump sum of $250,000 per victim to address immediate needs, and $75,000 to $150,000 per person a year depending on the degree of the person's disability.

It is modelling the demands on programs in Germany and Britain, which both support their significant thalidomide communities.

Canada's victims have received two separate payouts in the decades since the thalidomide scandal came to light, but both have failed to meet long-term needs and have left many victims struggling to get by both physically and financially.

Some victims' families reached out-of-court settlements in the 1960s, 70s and 80s with the U.S. drug company that distributed thalidomide in Canada. These settlements are confidential. However, according to one estimate, most came to between about $100,000 and $200,000; some families obtained as little as $10,000.

Victims' only other settlement came from the Progressive Conservative government in 1991; it was a one-time payout of $52,000 and $82,000 per victim and offered no sustained support.

All told, the victims' mean net income from all compensation is under $14,000 a year.

Many victims today say they are fighting a losing battle against pain as their aging bodies cope with the ravages of the drug. Many can no longer carry out routine tasks like cooking and housework. Despite the parliamentary motion, nothing has changed in their day-to-day lives, and the holidays offered no respite from solitude and pain, Ms. Benegbi said.

"There was a motion and there is hope, but the misery remains," she said.

For thalidomide survivor Nelson Emond, whose right leg stops at the thigh and whose left leg ends just below the knee, winter has brought new difficulties. He relies on two of his neighbours – people he calls "Good Samaritans" – to shovel out his car, which he parks behind his 4–1/2-room rental apartment because he cannot afford an apartment with indoor parking.

He recently had to ask a clerk to carry a case of windshield-wiper fluid to his car at the hardware store. He used to be able to do these tasks himself on his prosthetic legs, but now finds it impossible.

The holidays didn't translate into a vacation. His last proper holiday was nearly 20 years ago, when he went by bus to see the Montreal Canadiens play in New York.

"I'm pleased about the motion, it was a big victory, but we'll make a cake and blow out the candles when there's really something to celebrate," Mr. Emond said from his apartment in La Pocatière, northeast of Quebec City.

"For now, nothing has changed in our daily lives." 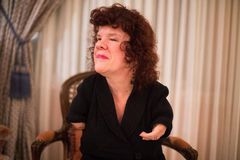 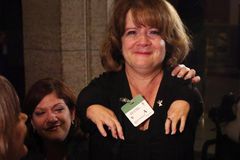 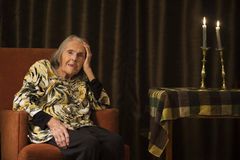 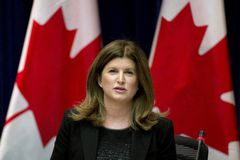