The group representing Canadian thalidomide victims is set to meet with senior health officials in Ottawa on Monday to obtain details on a multimillion-dollar compensation deal that has sparked criticism and left many victims disappointed.

The head of the organization, Mercédes Benegbi, heads to Ottawa for talks on whether the long-awaited offer meets the needs of the country's ailing victims. The government announcement Friday caused more consternation than relief to those struggling with the debilitating effects of exposure to thalidomide.

The negative reaction prompted Health Minister Rona Ambrose's office to reach out to the group over the weekend. In addition, a government spokesman sought to put the offer in a positive light by stressing that victims would be provided with an annual compensation package.

The Thalidomide Victims Association of Canada received only a half-hour's notice before the announcement of the deal in which Ottawa promised an immediate lump-sum payment of $125,000 to each of the 95 victims, in addition to a fund of up to $168-million for medical aid. A central issue for the victims is how the fund will be administered; they want annual pensions to allow them to live autonomously and decide how to care for their needs, and they fear Ottawa is setting up a bureaucratic system that would force them to apply for financial help.

"Nobody knows anything," Ms. Benegbi said from her home in Montreal on Sunday. "We're going to seek clarifications so we can understand this offer."

The victims remain wary about Ms. Ambrose's assurance that the package will allow them to "live the rest of their lives with dignity." The lack of notice about the deal caught Ms. Benegbi, the long-standing head of the association, off-guard and with no chance to scrutinize the offer.

Almost all in their early 50s, thalidomide victims face deepening pain and financial hardship as their bodies deteriorate from the lifelong toll of their disabilities.

The government says the package is comprehensive. "It is important to recognize that survivors have very specific individual needs, and this financial compensation package will be tailored to those individual needs," Michael Bolkenius, spokesman for Ms. Ambrose, said in an e-mail on Sunday.

"Over the course of the next few months, Health Canada officials will find and work with a third party administrator to tailor a yearly compensation package to the needs of each thalidomide survivor until the last living survivor," he said.

The announcement came one day after the thalidomide association wrote Prime Minister Stephen Harper saying that it would soon be 100 days since the Conservatives backed an NDP motion in the House of Commons pledging victims "full support." The association planned to ramp up pressure on the government this week with a public campaign.

Instead, the two sides now appear poised to begin examining the details of the federal offer.

"After 25 years of silence from the Government of Canada, we now have the beginning of a positive dialogue," the victims' association said in a statement.

A 1991 federal compensation package gave more than 100 victims lump-sum payments ranging from $52,000 to $82,000. Today's surviving victims say the money is long gone, and they need sustained, lifelong support; several have died since 1991.

The thalidomide association is seeking a compensation package modelled on programs in Germany and Britain, countries that have long supported their thalidomide communities financially.

Ms. Ambrose's office had the group's offer on the table since last fall: it contained a proposal for a $250,000 lump sum payout followed by annual payments of $75,000 to $150,000 depending on the severity of victims' disability.

Victims consider compensation part of Ottawa's moral responsibility to them. Federal health officials green-lighted thalidomide in 1961 as a safe sedative for pregnant women, while the United States blocked the drug over safety concerns. The drug caused harm in the womb, leaving children with missing limbs as well as organ damage, deafness and blindness. 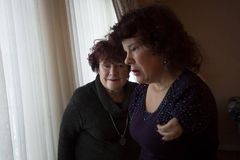 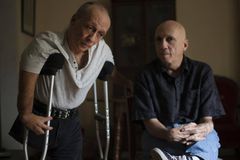 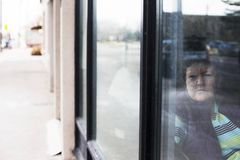 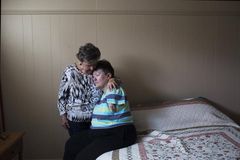 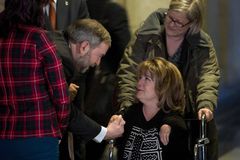