A massive demographic change is taking place that could alter Canada's economic, political and education systems and exacerbate the divide between rural and urban communities.

By 2031, one in three Canadians will belong to a visible minority. One in four will be foreign-born, the highest proportion since the end of the last wave of mass immigration that began around 1910, Statscan said in a release Tuesday.

Never before have those who identify themselves as racial minorities seen their ranks grow at such a pace, sparking a debate about how Canada itself might change over the next 20 years. Some argue it won't change much at all, that new immigrants will, like their predecessors, adapt to the established cultural norms. Others say the process might not be so smooth, that there may be growing pains to overcome as groups with very different cultural practices brush up against one another.

The great demographic shift began with the liberalization of immigration policy in the 1960s, which opened a door that had been slammed shut on non-white immigrants. Canada currently maintains the highest rate of immigration in the developed world, largely from Asian countries.

Even if immigration were to be suddenly slashed, experts say, the projections would not change much. Visible minority groups, which have higher birth rates and younger populations, are expected to grow at roughly eight times the rate of the rest of the Canadian population over the next two decades.

South Asians, those with origins in India, Pakistan and Sri Lanka, will make up the largest visible minority group at about 28 per cent of the whole. The Chinese share of the visible minority population is expected to shrink slightly, from 24 to 21 per cent, due to a very low birth-rate among Chinese-Canadian women.

Growth will be largely concentrated in cities, although there will be significant regional differences, according to the report. More than 60 per cent of Toronto's population will belong to a visible minority in 20 years. St. John's, by contrast, will have less than 5 per cent. About 96 per cent of visible minorities will live in Canada's cities.

Ratna Omidvar, executive director of the Maytree Foundation, said the concentration of visible minority populations, particularly in Toronto, Montreal and Vancouver, could give rise to "two Canadas," where the concerns of one half have no resonance with the other.

"We're already a nation that seems to divide itself into rural or urban, Quebec or anglophone. Are we now going to be cities with huge numbers of visible minorities and others where that's not so?" she said.

Jeffrey Reitz, a University of Toronto sociologist who studies immigration, said the fact that Statistics Canada issues major reports on visible minority population is interesting in itself.

"It reflects a sensitivity to the issue of race. We've had difficulty with that subject as a country," he said. "It's interesting because 25 years ago they were issuing reports on how cities like Toronto were no longer majority British. ... Now the Italians and the Poles are considered part of the dominant population, the non-visible minority European-origin population. So the story is we're moving away from a population dominated by people of a European background."

Prof. Reitz said it could be taken as a sign of Canada's modernity that its emerging generation of leaders, many of whom will belong to visible minorities, may have roots that tie them to Mumbai as much as Toronto. It may or not prove a competitive economic advantage, he said, but the prominence of visible minorities in Canada's cities has made, and will continue to make, them more global in outlook.

Demographer David Foot argues the change is gradual, slow and largely inconsequential. Concerns about a clash of cultures are largely misplaced, he added.

"We come to Canada to become Canadians and that's what the new immigrants will do," he said. 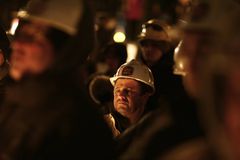 As countries shut out migrants, Canada warned it will become the new safe harbour
December 16, 2009 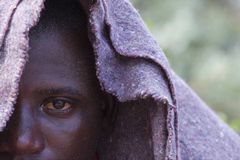