As Canadians mark another Remembrance Day, the boundaries of what we honour, and whom, have never been more blurred. The war that ended on the 11th day of the 11th month no longer has a single living Canadian veteran, since the death this year of John Henry Foster Babcock at age 109. The living links to later conflicts of the Second World War and Korea are also slipping away and, as they do, the face of Canadian veteran is rapidly changing – along with the question of what debt the nation owes them.

By 2015, there will be three veterans of modern conflicts like Afghanistan and Bosnia for every survivor of Korea and the global war of 1939-45. The growing ranks of younger former combatants have a different profile, and different priorities.

The new generation doesn't want to steal the honour or the glory from older vets, said 30-year-old Marc D'Astous, who served in Afghanistan when he was 24.

"But we need programs and services and different things than the older generation of veterans," he said. "We need jobs, we need rehab, we need all these things, we don't need long-term facilities yet."

Every month Canada loses 1,700 veterans of the Second World War and Korea while the number of Afghanistan veterans rises with every deployment. It's a shift that could have profound implications for the way Veterans Affairs Canada does business.

The new veterans are not as worried about pensions as they are about jobs and education. They are returning from missions with different kinds of ailments to a country that is offering a different sort of reception. And they don't feel they have been recognized in the same way as the generation of soldiers that preceded them.

The sheer diversity of Canadian veterans is something Mr. D'Astous sees all the time. He runs an Outward Bound program for veterans in Canmore, Alta., where he takes groups of younger former Canadian Forces members out into the bush to spend time with their peers and reflect on their military service. The oldest participant so far was 63. The youngest was in his 20s.

Canadians should be made aware that they have younger veterans in their communities, Mr. D'Astous said.

The federal government says it does understand that there are different needs for different generations.

"As we remember the sacrifices of those who served for Canada, we also realize that the needs of our younger veterans have changed," said Veterans Affairs Minister Jean-Pierre Blackburn.

"Veterans Affairs is adapting to those evolving needs and priorities. This is why improvements to the NVC [National Veterans Charter]have been announced and we will continue to listen and respond to the concerns of our brave men and women in uniform."

And older vets will continue to be honoured – especially on days like Remembrance Day. Canadians understand that part of Canada's living history is fading as their number shrinks.

Randy Young of Kitchener, Ont. has started a group called Friends of Veterans that aims to record their stories, one at time. "The importance of saving their memories is so that we can learn from them," Mr. Young said.

The Second World War saw a conventional type of warfare with a strong sense of moral purpose. Soldiers went away for many years at a time to take part in a fight that inspired patriotic fervour.

That is very different to today's missions, divided into six-month rotations, that target an enemy that is less-well defined and receive only lukewarm support from the public.

But Mike Blais, a former sergeant with the Royal Canadian Regiment who was deployed to Cyprus in the 1980s, will tell you that veterans who served in the Canadian military in recent times "bleed the same, suffer the consequences of war the same" as the veterans of the Second World War and Korea.

And like the men who returned from the Second World War, they want help to reintegrate back into Canadian society.

They are looking for jobs that will approximate the pay they made with the military where even a private with no training can bring home $40,000 a year, Mr. Blais said.

So "a lot of them are going back to school through the programs at National Defence and Veterans Affairs," he said. But others feel they have been abandoned. And that has turned many of them into activists for veterans causes.

Veterans Affairs should start offering business loans and grants to veterans "so the new veteran can start his own business and earn that kind of income that they were making in the Forces," Mr. Blais said. Second World War veterans were offered farming loans, business loans and a wealth of other opportunities, he said. "Somewhere between 1946 and 2006 that was lost."

What is a veteran?

According to Veterans Affairs Canada, a veteran is any Canadian Forces member who leaves the military after serving full-time for at least a year, regardless of whether they participated in a mission overseas 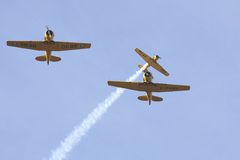 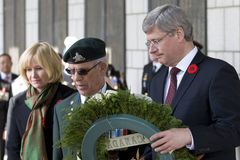 Opinion
A Remembrance Day union in light between the living and the dead
November 11, 2010 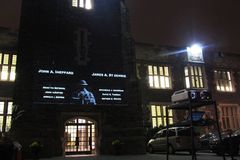 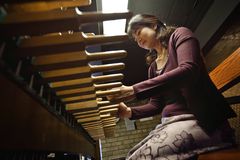 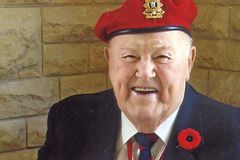