At first, the zoo seemed reluctant to use the word "escape."

Just past noon on May 24, a message appeared on its Facebook page. Two capybaras were "out exploring the park," the post said. Had anyone seen them?

Toronto's High Park Zoo isn't accustomed to high drama; its most exotic animal is a yak. And capybaras, which look like guinea pigs inflated to the size of sheep, hardly posed a threat to the public.

But an escape by any other name was still an escape, and before long, euphemism had given way to full-blown crisis mode.

By day's end, about 30 city staff were searching for the large rodents. Mayor John Tory arrived on the scene the following afternoon to give a news conference about the situation.

"I'm pretty optimistic these capybaras will be brought back, too, and safe at home before long," he said.

It was the city's last confident moment vis-à-vis the animals. As it turned out, the mayor's solemn optimism was misplaced. Over the coming days, and then weeks, the critters would tease and taunt their pursuers with evasive craft, outwitting a trained capybara hunter and dozens of park employees.

The tone of the zoo's Facebook page slid into dejection. "We received many reports today of sightings," read one post. "These we believe were groundhogs."

Everyone else was thrilled. Internet users, with their boundless appetite for whimsical animal behaviour, devoured the story. The fugitive capybaras became a Toronto obsession, Photoshopped onto the Blue Jays logo and the CN Tower.

But as their days of independence wore on, the odd-looking beasts became more than a meme. In their headlong, innocent quest for freedom, they grew into something at once sillier and more significant: folk heroes for the social media age.

The Toronto capybaras were born about six months ago to a breeder in Texas, thousands of kilometres from their natural home along the riverbanks of South America. The captivity they have so dramatically rejected was, until recently, all they had known.

When the High Park Zoo bought the animals through a broker in Orangeville, Ont., for $700, the pair was transported to Canada, an even more alien environment than their birthplace in the sunny American South. For a creature that thrives in Brazil, Toronto is practically Arctic. But of all the times and places to arrive in the city, High Park in May is among the most hospitable, with its sunny fields and ample ponds.

The broker arrived at the zoo on May 24 around 7 a.m. Before they were transferred to the main enclosure – a spacious square of grass with a pool in the middle – the capybaras were put in a cage. The cage, it seems, was not properly closed. The animals fled.

Amid 400 acres of foreign parkland, they didn't seem to know what to do with themselves at first. Early sightings placed them near the capybara enclosure. Park staff tried to lure the animals back by playing capybara calls over a speaker, while sitting stealthily in a van nearby.

It was no use. The capybaras were soon spotted deeper in the park. Sightings were also reported from all over the city, including as far east as Scarborough, all of them apparently false alarms.

Even within the confines of High Park, the animals were hardly conspicuous. City staff grew intimidated by the search.

Realizing they were out of their depth, the city began consulting with experts: the Toronto Zoo, the provincial Ministry of Natural Resources, capybara breeders, exotic animal handlers, even a local office worker from Brazil who had experience wrangling the rodents back home.

That led to a cautious strategy designed to avoid frightening the skittish animals: Rather than actively stalking them, the city left out a series of cages baited with corn and bits of fruit.

But as the hunt settled into a waiting game, the capybaras themselves erupted into the city's collective consciousness. Newspapers breathlessly reported every sighting. TV news trucks became a fixture around High Park. Social media went wild.

Soon, there were not one but two capybara Twitter accounts. Clever designers pasted their image everywhere. A bar on Queen Street West changed its WiFi password to "Capybara." And one Twitter user implored High Park's annual Shakespeare production to put The Taming of the Capybara on the program.

Even before the Toronto escape, capybaras were pseudo-stars of the Internet, beloved and endlessly memed for their surreal physical hybridity and Eeyore-ish countenance.

This was different. Early on, the capybaras were cast as heroic rebels. The nicknames didn't take long: Bonnie and Clyde. When one local wag placed them in a photo of Steve McQueen's motorcycle from The Great Escape, the transformation was complete.

Their lionization may have reflected a growing cultural unease with animal captivity, crystallized recently by the shooting of Harambe the gorilla after a child found his way into the ape's enclosure. Or it may be the idea of once-tame animals fending for themselves in the wilds of High Park, which seems to have a special hold on the Canadian imagination: Last year's Giller Prize-winning novel, Fifteen Dogs by André Alexis, is about a pack of dogs with human minds set loose in the same park.

In any case, the capybaras seemed to embody more than the cause of animal liberation. The intensity with which they've been cheered suggests a deeper, almost fraternal connection.

At first glance, the capybaras seem like unpromising candidates to carry the flag of freedom. They have none of the stallion's grace or the tiger's ferocity. And some of their habits are disgusting. Like eating their own feces.

And yet, to learn about capybaras is to come across unexpected reservoirs of heroism. Their position at the ruthless bottom of the food chain, especially, has made them great survivors. With their fat bodies and stumpy legs, they make tempting prey, and a list of their most common predators – jaguars, anacondas, caimans – is daunting. Even some humans will eat capybara. During Lent in Venezuela, the animal's physiological ambiguity (fur and webbed feet) fits into a loophole that allows the Catholic abstainer from meat to chow down on them without guilt.

Through all of these trials, capybaras proliferate; their skills of self-preservation are vast. They have a maximum speed of 35 km/h when in danger, and when a predator is on their tail, they can swim like Navy SEALs, holding their breath underwater for as long as five minutes.

Their gifts of fleeing and hiding made it hard for humans to get a good bead on them for the longest time. The first Westerner to properly study the animal – a German naturalist named Georg Marcgrave, writing in 1648 – left the strange observation that capybaras are "superlative swimmers and pissers."

And, although its name derives from the indigenous Brazilian phrase kapii'gwara, or grass-eater, the 18th century Irish writer Oliver Goldsmith developed a notion that capybaras eat fish, which is wrong, but entered the record for a couple centuries anyway.

Here in the 21st century, the animal has attracted more attention than it needs. Gawking spectators are starting to spook the High Park capybaras, the city says, hindering efforts to capture them. That may be what people want – to see Bonnie and Clyde stay free for a while longer. But as Ms. Price points out, the animals face serious risks in the park, not least from nearby traffic and lurking coyotes.

Ben Lovatt, one of several volunteer capybara catchers informally deputized by the city, says that one of the animals was nearly chased onto the road this week when it was spooked by the flash of a photo-seeker's camera. "We were a few metres from a tragic end to the story."

Bonnie and Clyde appear to have adjusted reasonably well to park life for now: They seem healthy and well-fed. But the last time a capybara was famously on the loose in North America, it met an unlovely end.

In 2011, someone's pet capybara escaped into the California city of Paso Robles. Local authorities decided to leave it alone.

"We hope that it lives a happy capybara life," said Andrew Hughan, a spokesman for the state Department of Fish and Game, to the Los Angeles Times.

On Wednesday, The Globe reached Mr. Hughan at his office to ask whatever happened to the capybara. It was eaten by a mountain lion, he said. "Nature doing its thing."

On Friday morning in High Park, the full spectacle of Toronto's capybara fever was on display. At dawn, a CityNews cameraman spotted one of the animals in the trees around a pond, and started beaming live footage of the rodent to his downtown studio.

Within minutes, Global News and CBC had their own cameramen on scene, filming the same tiny speck of capybara. The clamour caused several pairs of joggers to stop and stare. Mostly, they just squinted into the distance: The animal was nearly invisible to the naked eye.

Soon, two bird photographers with three-foot camouflaged lenses were scrambling to set up their tripods. But even with their sights trained on the pond's far shore, they couldn't see anything resembling a capybara.

"Where is it?" said one to the other, a slight frenzy creeping into her voice. "Where is it?!"

Where are ya, capybara? Zoo’s escaped giant rodents still at large in Toronto
May 24, 2016 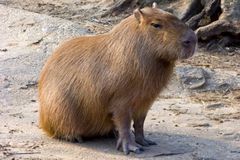 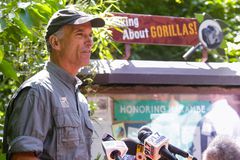 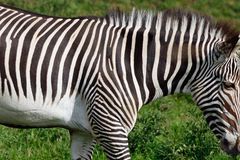