Hemmed in by a six-lane thoroughfare, dowdy walk-ups and old brick warehouses, it's a site that was long emblematic of hope's triumph over adversity and prejudice.

In the mid-1940s, the northeast corner of De Lorimier Avenue and Ontario Street in Montreal's east end was home to the stadium where Jackie Robinson played his first professional game and began his historic quest to break Major League Baseball's colour barrier.

De Lorimier Downs stadium, briefly converted into a furniture warehouse after the Montreal Royals left town, was torn down in 1960. Now, the corner is occupied by École Secondaire Pierre-Dupuy - ground zero for one of Quebec's more troubling and persistent social problems.

According to the most recent provincial statistics, which are for 2008, three out of 10 high-school students in Quebec will enter their 20s without a high-school diploma.

That's not as high as it has been, but the general improvement in dropout rates over the past decade obscures another phenomenon - the situation is not getting appreciably better for the province's boys.

A shade under 40 per cent of boys in Quebec drop out of high school in their teens, a rate that is among the highest in the Western world, according to statistics compiled by the Paris-based Organization for Economic Co-operation and Development.

No one is entirely sure what it all means.

Some experts hint darkly at a lost generation of boys, others brush aside such dire talk as myth and alarmism. Whatever slant is applied, it's a harrowing reality.

Among the 500 or so students at Pierre-Dupuy, the overall dropout rate is close to 80 per cent, the highest in the province.

"You have to understand that those are pretty crude numbers, we have a very mixed clientele, people with developmental delays, children with autism, kids who study trades, and the regular academic high-school stream," said Ginette Rioux, the school's principal. "We never say, 'We're not going to take this or that student.' … Some unfortunately leave us, but we're working hard at keeping them."

Thanks mostly to an ambitious and aggressive revamp of the curriculum and teaching methods over the past three years, students who regularly attend Pierre-Dupuy are actually doing quite well: Ms. Rioux said standardized test results this past June showed dramatic improvement over the previous year. The difficulty is getting kids to a desk in the first place.

In the school's Secondary Five class (in Quebec there are six years of primary education, followed by secondary years numbered one through five), experience dictates that roughly a quarter of the students who began school this month won't make it to the spring.

But the big problem occurs well before, in Secondary Two and Three. "That's where it gets tough, a lot of kids turn 16 and decide they'd rather work than come to school. … These are often families with basic financial needs," Ms. Rioux said.

The neighbourhood that surrounds the school is one of Canada's poorest, and therein lies a vicious circle - to comprehensively address the dropout phenomenon, one must address an even more intractable problem: chronic poverty.

And the path out of poverty passes through better education.

Just over half of Quebec's boys complete their high-school education in the five years it is supposed to take.

A recent survey of 5,000 high-school students revealed that from the age of 12 or 13 - at which most kids enter the secondary system - the scholastic and career aspirations of boys are already significantly lower than the girls'.

"Something's happening, and it's happening early … it's quite striking," said Michel Perron, a leading expert on "décrochage", as it's known in Quebec (the literal translation is "unhooking").

Dr. Perron, a social science professor at the University of Quebec at Chicoutimi, led the attitudinal study, and said girls typically report more emotional distress and problems with self-esteem. "Maybe boys are just more happy-go-lucky and assume that success is assured, the same way it was for their dads and grandfathers," he said.

But if boys are hard-wired for optimism, the statistics hint at a much gloomier picture.

That's another characteristic: The research consistently shows that boys have a more difficult projecting into the future.

"We're talking here about a very complex series of factors: cultural, sociological, economic, and a host of problems that can inhibit learning," Dr. Perron said.

Although there is considerable concern over the situation from policy-makers and academics, Quebec's general level of education is much higher than it was before the Quiet Revolution of the 1960s, which spawned the current system of public education.

At the time, the main aim was to provide equal opportunity to the province's girls, who were lagging behind in terms of literacy and income. "It worked really well," Dr. Perron said. "Now, it's boys who are lagging."

There are obvious consequences on the province's unemployment rate (more than 20 per cent of dropouts are jobless) and literacy (it's estimated as many as a million Quebeckers are functionally illiterate). There are spillovers on productivity and on the workplace - some professions such as medicine, a one-time bastion of male domination, are now attracting many more women than men.

But what of less tangible effects on things like identity and ambition?

Part of the problem in answering the question is a lack of scholarship on the specific effects the situation is having on Quebec's boys and the men they become.

The risk, he continued, is the creation of "a permanent low-income population," and he noted that, despite the considerable political impact of feminism on Quebec's social development since the Quiet Revolution, "men continue to dominate at the top - and also at the bottom" of the income ladder.

The Quebec government has spent hundreds of millions of dollars in the past 15 years to try to remedy the problem, but with mixed results.

True, the province has made up ground on other Canadian jurisdictions - Saskatchewan's and Alberta's dropout rates are higher - but has been left in the dust by Ontario, the land of compulsory school attendance until the age of 18.

A study released this week showed that a $150-million initiative aimed at boosting school attendance and graduation rates in Quebec's poorest areas did not have the desired effect.

But, as Ms. Giroux pointed out, at least the province is measuring the effectiveness of its programs to avoid further blind alleys.

And there is still considerable work to do in improving Quebec's education system (the 1990s buzzwords, "longitudinal competency," was officially junked this week, although a reform of the latest school reform will have to wait another year).

"Boys just don't really seem to fit all that well in our system. … We have a lot of difficulty integrating at-risk students, and there's no accounting for the different ways different students learn," said Anne Lessard, a University of Sherbrooke education professor who studies dropouts. "One of the things that people rarely talk about is that fundamentally the choice is the student's. And the problem is that young people, and boys in particular, can't conceive of medium-run consequences,"

The good news is the province has a higher "drop-in" rate than any other province. Those who uncouple are likelier to recouple than in many other jurisdictions - of the boys who drop out, 39 per cent will return before their 22{+n}{+d} birthday. The rate is higher for girls.

Research shows that many dropouts return once it becomes apparent that the living they can earn without a high-school diploma isn't what they had hoped it would be.

"They have consumption aspirations like everyone else," Dr. Perron noted. "We've had success in drawing people back in, but at what cost? Wouldn't it have been better to keep them in the first place?"

In Dr. Perron's native Saguenay region, dropout rates have been sliced in half since 1995, thanks in large part to his efforts.

The Saguenay strategy - which is based on involving everyone from the local chamber of commerce to parent-teacher groups to municipal councillors in concocting a concerted and sustained awareness campaign - is being replicated in other regions.

The provincial government implemented several elements of it in an over-arching policy implemented in 2009.

All of which is seen as a sign of progress, but Quebec politicians have been talking about the dropout problem since the mid-1990s, and it will probably take another decade for the latest comprehensive plan to bear fruit. "I'm still very worried by what I see," Dr. Perron said.

Sean Gordon is a member of The Globe and Mail's Montreal bureau.

More families are deciding that school's out - forever
September 10, 2010 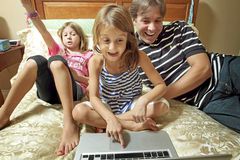 When it comes to money, think home-schooling
September 10, 2010 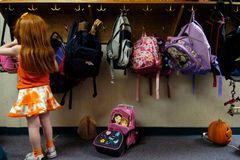 Is your child’s backpack too heavy?
August 30, 2010
Is technology stunting postsecondary kids' growth?
August 29, 2010
Follow Sean Gordon on Twitter @MrSeanGordon
Report an error Editorial code of conduct
Due to technical reasons, we have temporarily removed commenting from our articles. We hope to have this fixed soon. Thank you for your patience. If you are looking to give feedback on our new site, please send it along to feedback@globeandmail.com. If you want to write a letter to the editor, please forward to letters@globeandmail.com.
Comments