For most Canadians, the North is less physical fact or collection of geopolitical entities than, as Glenn Gould had it, an idea, a place of the imagination. Call it the Frosty Exotic, a place informed by a hodgepodge of cultural and historical touchstones – soapstone carvings at the airport gift shop; Robert W. Service poems; the doomed Franklin expedition; Never Cry Wolf; Atanarjuat; Cape Dorset prints; infinities of snow, ice, rock and tundra, beautiful and terrifying, seen from a Twin Otter cockpit. Most Canadians, of course, will never visit Cape Dorset or Inuvik, or witness a caribou migration. The most "Arctic" experience they're ever likely to have – or want – will be donning a parka with a Canada Goose Arctic Program patch on the arm.

Yet the North remains the source of such stuff as dreams are made on. Until the mid-20th century, those dreams were transmitted largely via Service, Yves Thériault, Jack London and their ilk (white, male "tourists"). But for the last six decades or so, it's been Northerners themselves, aboriginal peoples mostly, who have been the primary purveyors of the Arctic narrative, at least its artistic manifestations. Mastery of printmaking and carving, in fact, have made international stars of Kenojuak Ashevak, Ashoona Pitseolak and Joe Talirunili, among others. In recent years, Northern creators have edged more closely to the artistic mainstream, both in terms of content (expanding beyond mythological, folkloric and natural themes into grittier contemporary territory) and media (video, film, music, dance and theatre).

Perhaps the best illustration of this apotheosis of North moving South, South moving North, occurred in late 2006 in Montreal, when Cape Dorset's Annie Pootoogook won the $50,000 Sobey Art Award, prevailing over finalists from Vancouver, Halifax, Quebec and London. Today there are probably no more than 750 artists of all stripes living in Yukon, the Northwest Territories and Nunavut – 120 alone live in Cape Dorset – whereas, according to one study, Ontario's total exceeds 57,000. Yet it could be argued that Arctic artists have punched well above their numbers and will continue to do so. Here's a salute to some members of the rising artistic generation of the North. 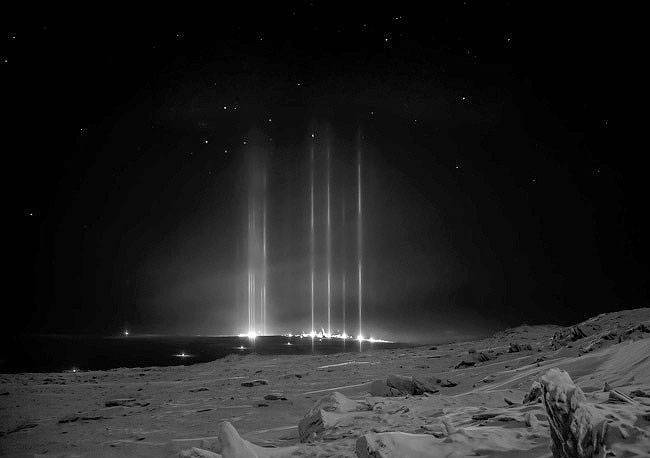 Stankievech, 35, visual artist/curator/theorist/juror/co-founder, Yukon School of Visual Arts. Lives and works in Dawson City and Berlin, but, he says, “I’m pretty much on the road more than 50 per cent of the time.” Educated in Vancouver and Montreal, he creates what he calls “fieldworks” that “employ the materiality of the electromagnetic, the strategy of architecture and the vehicle of institutions.” A recent fieldwork, shown last year at the National Arts Centre and Toronto’s Nuit Blanche, is The Soniferous Aether: Of the Land Beyond the Land Beyond, a 35-millimetre “film installation shot at the northernmost human settlement on Earth,” the Alert Signals Intelligence Station in Nunavut. 2011 finalist for the Sobey Art Award. Exhibitions in Paris, Montreal, New York, Venice, Copenhagen and the New England town of North Adams, where he appeared as part of Oh, Canada at the Massachusetts Museum of Contemporary Art in 2012-13. Curator/creator of CounterIntelligence, a project, three years in the making, opening a two-month run at the University of Toronto on Jan. 24. 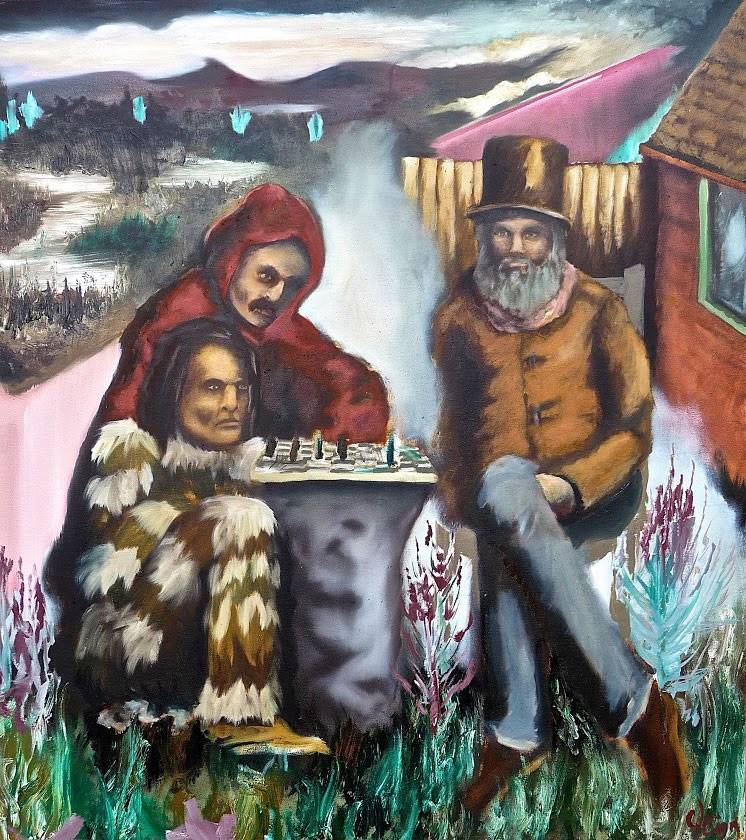 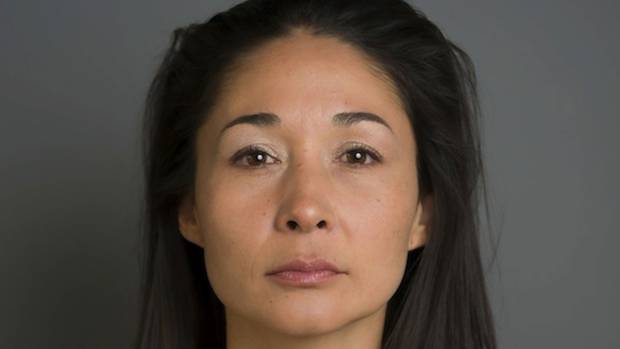 Arluk, 37, actor/playwright/author/artistic director. Born in Fort Smith, NWT; based in Yellowknife and Vancouver. After attending the Centre for Indigenous Theatre in Toronto, she became, in 2005, the first aboriginal woman and the first Inuk to graduate with a BFA in acting from the University of Alberta. Helped found, curate and co-ordinate first Rubaboo Aboriginal Arts Festival, Edmonton (2009). Founded Akpik Theatre, Yellowknife, in 2008 to develop and present Northern and/or indigenous scripts. 2009: Writes, produces and stars in first play, TUMIT, in Yellowknife. 2012: Publishes Thoughts and Other Human Tendencies, a collection of poetry. Co-starring in Christopher Morris’s Night at the PuSh International Performing Arts Festival in late January in Vancouver, a play previously mounted in Ottawa (2010) and Toronto (2011). Stars in film Maina, an aboriginal drama, opening Feb. 14, nominated this week for six Canadian Screen Awards, including best film. “You don’t casually live in Yellowknife; you don’t casually live in the NWT; it’s a choice.” 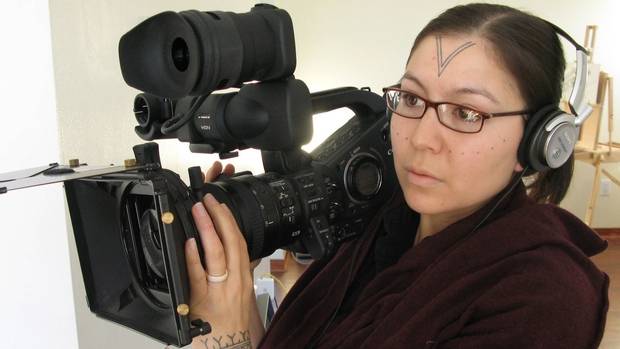 Arnaquq-Baril, 35, filmmaker. Based in Iqaluit. Founder and president of Unikkaat Studios, which produces Inuktitut-language films about Inuit life and culture. Education: Sheridan College, Toronto (illustration), Banff Centre (animation training). Production and/or directing credits include Tunniit: Retracing the Lines of Inuit Tattoos (2010), a documentary about the lost tradition of Inuit facial tattoos; the animated Lumaajuuq: The Blind Boy and the Loon (2010), named best Canadian short drama at imagineNATIVE festival; Inuit High Kick (2009), a commission for the 2010 Vancouver Winter Olympics; and most recently, Arctic Defenders, about the creation of Nunavut. Coming up: Angry Inuk, a doc about the Inuit response to the global anti-seal-hunting campaign. “Probably the most powerful thing I could do for myself and my fellow Inuit is to be a documentary filmmaker, because I don’t know how else I can contribute to helping our voices be heard on the world stage, on issues critical to us.” 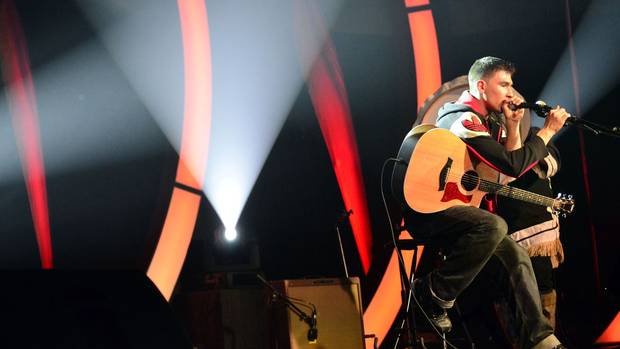 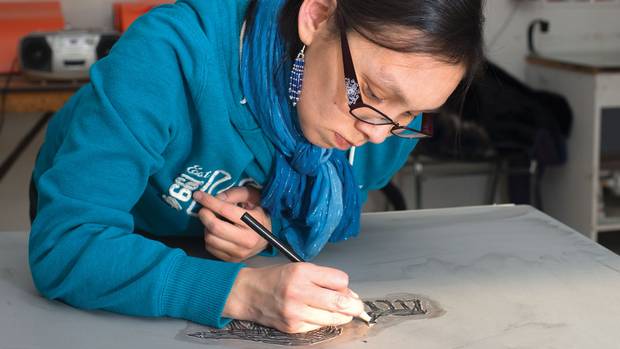 Akesuk, 25, drawer. Lives and works in Cape Dorset, Nunavut. Started to draw only in late 2012, inspired by Inuit artist Ningeokuluk Teevee, 2009 finalist for Governor-General’s Literary Award (children’s illustration). Education: Nunavut Teacher Education Program. Work, distinguished by whimsy and bold simplicity, has been likened to that of drawer/printmaker Papiara Tukiki. “My first drawing was an owl. I thought about what to draw for my next image and my late grandfather’s [Latchaolassie Akesuk’s] carvings came up. So I drew a green bird shape. … I was so proud to get paid for that drawing and it inspired me to do more.” 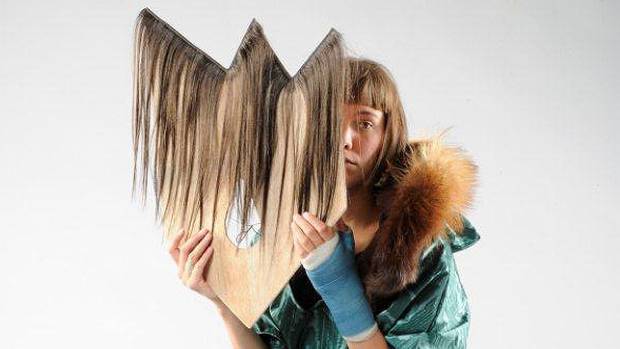 Frei Njootli, 25, video and performance artist/painter/drawer/photographer/sculptor/producer of wearable art (using wolverine fur, deer hides and beaver pelts, among other materials). Lives and works in Banff, Alta., and Old Crow, Yukon. Education: Banff Centre, Emily Carr University of Art + Design. First solo exhibition, Thunderstruck, “an architectural dream space,” held last October at Whippersnapper Gallery, Toronto. “My work speaks to the beautifully intricate limbo of indigenous peoples today. … For me and many other indigenous people it is no longer the two-world binary, one red, one white; there is a multiplicity of worlds we now must walk among, between, through, and be challenged by. … Navigating the spaces between large cities and my home community in the Arctic serves as a foundation for my practice.”