For some Ontario parents who decry the province's new sex-ed curriculum, the addition of one small word would make a big difference. Love is never mentioned in the curriculum in the context of sex.

"It's reducing sexual activities to mere, kind of, physical acts decoupled from love and commitment and relationships," said Michal Szczech, a Mississauga father of two who has helped organize opposition to the curriculum within his Polish-Canadian community.

But education experts who designed Ontario's new health lessons, including sex ed, aren't alone in steering clear of talking about love, and they say they do so for a reason.

"The language relating to healthy relationships is intentionally inclusive, so that what students learn in this area can be applied to all of their relationships – with friends and peers, family members, and as they get older with potential romantic interests or a partner/husband/wife in the future," said the Ministry of Education in a written statement.

Sex ed accounts for only about 10 per cent of Ontario's new health curriculum, which will be introduced in schools in September.

That includes how they instruct teachers to go about discussing the emotional side of sex. Two years ago, the organization compared health curricula across the Canadian provinces and found that none of them talked about love.

The lessons are meant to provide information from an "unbiased perspective," said Mr. Markham.

"I think probably even the word 'love' is a bit of a loaded term," he said.

Instead, the curriculum is meant to create a framework for children to think, and maybe ask, about their range of feelings, he said – especially in an era of conversation-based lessons, where students don't just sit and listen to what the teacher says.

"I think the fundamental premises around healthy relationships – and if you want to call that quote-unquote love – I think it's in there."

Still, some long-time sex educators say you can do more to fill in the blanks of how feelings, romance and sex can fit together, and that children and teens crave that discussion.

"It feels incomplete if we don't talk about that," said Judy Metzger, a former nurse who teaches evening sex-ed classes in Seattle that are designed for preteen girls to take with their mothers.

In one exercise, Ms. Metzger asks girls to think about how they express their feelings for different people. If a girl saw her grandmother, for example, she'd probably give her a hug – it might even feel strange if she didn't.

But what about a stranger, she asks? Do you give them a handshake, or hug them?

"It's really real for kids 10 to 12 when you say, 'If I went up and hugged a total stranger, why would that be weird?'" she said. "They just go nuts with that. You would never hug a total stranger."

She then asks them to think about the intimacy of sex.

She tells them people can and do decide to have sex with strangers – but that it's important to think through their own feelings. Adults don't always give children enough credit, said Ms. Metzger.

"They see [references to] people having sex casually. They see sexual encounters that are meaningful, and they know that those exist," she said.

"I think, absolutely, when there's no talk of commitment or love, you've missed out on the chance to see it fully in context, and I think there's a lot of kids that would be kind of confused by that."

One Canadian province does sex education a little differently. Quebec doesn't have a formal sex-ed curriculum, instead asking teachers to weave it into other classes – an ad-hoc approach that has drawn criticism. However, the province's sex-ed guidelines mention love many times.

Grade 6 students are asked, in a questionnaire, if they are interested in talking about "the differences between friendship, love and being in love," and about how and why older teenagers decide to start having sex.

In high school, it's suggested, teachers could ask students to analyze the differences between attraction, seduction and love, using characters from novels as examples. 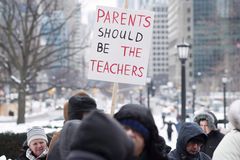 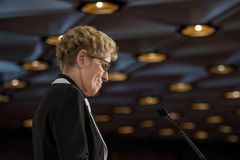 Save us from the fallacies and folly of old-fashioned ‘sex education’
May 8, 2015 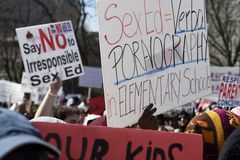