To be a conscientious Canadian (or give a fair impression of one) is a relatively sweat-free activity these days. You may start by rolling your compost bin to the curb on pickup day. Or make a stand for a tolerant society by clicking "like" on the Facebook page for the new gay-friendly Oreo cookie with the rainbow filling.

If you stopped to wonder what all the other kids on the notorious bus ride in New York state were doing, while their thuggish peers verbally assaulted the grandmotherly bus monitor, there was good to be done. You could toss a few dollars to the victim's vacation-turned-lifetime-retirement fund started online by a well-meaning Toronto nutritionist.

And for a demonstration of patriotism this weekend, don the red and white, and post a "Happy Birthday, Canada" update, once again online. You can manage it between zombie attacks on Minecraft.

Then along comes the Order of Canada, with its exhortations to national service, and celebration of lifetime achievement, to give pause to the flag-waving revelry, and point out that real change requires more. If the Order of Canada celebrates anything, it is effort – the kind given to the benefit of others, often at inconvenience to one's self. The latest 70 recipients, selected by special committee from a batch of nominations, are named officially by the Governor-General, who has made philanthropy, both of the treasure and talent variety, a platform of his tenure.

The names, released on Friday, include those of politicians, journalists and sport icons – such as former Alberta premier Ralph Klein, and hockey player and coach Pat Quinn, whose careers brought their own heady benefits, but also left their mark on the country.

Created in 1967, the award recognizes brilliant accomplishment that does honour to Canada – arguably the finest example on the latest list being Yannick Nézet-Séguin, the world-acclaimed conductor from Montreal, who at 38 becomes the youngest living Canadian accorded the highest honour, Companion of the Order. (The youngest ever was Terry Fox, at 22.)

The same high honour is given to Ian Binnie, the former Supreme Court member who retired, after a highly regarded 13 years of jurisprudence, from the bench in 2011, as well as Natalie Zemon Davis, a social historian at the University of Toronto who won the prestigious Holberg Prize in 2010.

Recognition is also given to the generosity of philanthropists, such as Winnipeg businessman John Buhler who, having achieved their own personal success, then give back – to hospitals, parks and art endeavours. And tireless community workers such as Carolyn Acker, in Toronto, who started Pathways to Education to help youth living in poverty.

Among the environmentalists recognized is Laure Weridel, 38, a prominent social activist and writer credited with starting the fair trade movement in Quebec. The daughter of farmers, a background she credits with giving her an awareness of environmental issues, she is also a supporter of Quebec Solidaire, a sovereigntist party with a strong environmental platform. Now completing her doctorate in Switzerland, she wrote in an article for the Alternatives Journal last fall: "We need a different mindset, a different way to envision what happiness is and what it means to be wealthy and to progress. The status quo is no longer possible."

The Order of Canada also pays overdue recognition to writers and scientists, long labouring in obscurity outside their own professional circles. One example of the latter is Paul Hoffman, a geologist from Victoria, who is credited with proving the "snowball earth" theory, which means, in lay terms, what it says: The earth, more than 650-million years ago, was one giant snowball of ice. (Dr. Hoffman is also part of one of the order's rare sibling combos; sister Abigail, an Olympic athlete and the founder of a hostel for abused women in Toronto, was invested in 1982.)

But the heart of the award springs from its motto: Desiderantes meliorem patriam – "they desire a better country." Or, as 2012 recipient Alia Hogben, executive director of the Canadian Council for Muslim Women, asks: "What are we all here for, if we don't do something about it?"

So, at a time when there is much concern about engendering moral action in youth (beyond what they can accomplish with a smartphone), an over-emphasis on acclaim for accomplishment and a growing discomfit with social inequality, perhaps there are lessons to be learned from those on this year's list who have risked taking a stand or worked for little reward – those who have spoken up for people who most need a country that can relish its greatness and yet still strive to be greater.

'You do what you need to do'

Few can claim to have written a pamphlet that landed their spouse in jail.

It was 1952, and Natalie Zemon Davis, than a young graduate student at the University of Michigan, writing her thesis on the unheralded participants in the Protestant Reformation, had just returned from studying in France. With a colleague, she anonymously penned "Operation Mind," a blistering, but "well-researched" critique of McCarthyism and the Committee for Un-American Activities, which was on its way to Detroit to investigate people suspected of links to communism.

"It didn't cross my mind to worry about it," the 83-year-old says, "because it needed to be said. You do what you need to do."

Her husband, Chandler Davis, a well-respected mathematician at the university, was treasurer for the faculty association that had sponsored the pamphlet, and his name was on the printing receipt. He went to jail for five months, while Dr. Davis stayed home to look after their three children.

After being stripped for a time of their U.S. passports, the couple eventually arrived in Canada and became citizens. By then, Dr. Davis had developed a special interest in the members of society – peasants and women and the working class – whose names don't appear in the history books. Perhaps. it began early, she speculates, as one of only two Jewish students at her Detroit private school, and a sense that "you were part of a group that wasn't at the centre of things." (She then set about correcting this by serving in student government.) At the University of Toronto, she joined a group of graduate students to push for better support for women scholars with young families at home, and played a role in the creation of the first staff day care.

Named a Companion of the Order for her contribution to social history, in particular, her focus on everyday people, she says that all success stories have "a whole network" behind them, "and you only get greatness in a country if you tend to, and care about, these others, who might not surface in the newspaper."

As Michele Rouleau, a Montreal-based recipient observes, part of the responsibility of citizenship is educating yourself about injustice. "The more you see it, the more you want to change things," she says. "You can't just walk away from it."

The former president of the Native Women's Association, Ms. Rouleau, 55, worked for women who had unfairly lost their Indian status, and later, to raise awareness about domestic violence. She was part of the first truckload of food and supplies allowed through the blockade during the standoff at Oka in 1990, and she saw how the incident eroded efforts to build understanding about native issues.

"You can't think about because you will go crazy," says Ms. Rouleau, who now runs her own production company that works with native youth on Quebec reserves.

Social change is the product of persistence. "We are living together and we still don't know each other," she says of the current relationship between natives and non-natives in Canada. "But we have to move on and keep working."

For Alia Hogben, who will be invested as a member of the Order of Canada, part of that means educating her grandchildren, the eldest of whom is 13, stressing to them what their role should be.

"They are used to my lectures," she jokes, says she tells them; "If you see someone being hurt, you speak up. You can't pretend that because it's not your friend, it doesn't effect you."

As a social worker, Ms. Hogben, who lives in Gananoque, Ont., worked with women and children struggling in abusive situations. Later, as a voice for Muslim women, she spoke against the recognition of religious laws in Canada, and the unequal role of women in her community – despite harsh criticism that she was "airing dirty laundry."

During the high-profile Shafia murder trial in nearby Kingston, she challenged the definition of the killings as an "honour killing" (preferring the term "femicide") and raised questions about why authority figures failed to intervene and help the doomed teenagers, despites all the signs of abuse in their home.

Still, she understand how difficult it is to stand up, and risk the consequences. She herself is haunted by a YouTube video she saw from the Middle East of a woman being dragged out and whipped by police, while others stand and watch.

"I have thought about that so much; if I had been there, what would I have done?"

She doesn't know, not for certain. But in the end, there is only one right answer to the question.

Erin Anderssen is a Globe and Mail feature writer.

Companions of the Order

Companions of the Order

Officers of the Order

Members of the Order 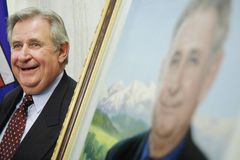 Scotty Bowman, Brian Williams to get Order of Canada
May 8, 2018 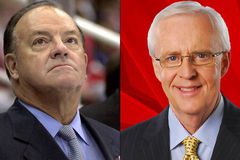 Governor-General weighs stripping Conrad Black of his Order of Canada
May 3, 2018 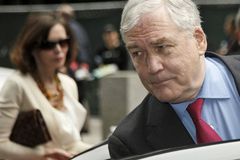