Canada is in the midst of a fentanyl crisis.

What's next? The word on the street is that W-18, a drug 100 times more potent than fentanyl, is displacing it.

The names change but the carnage continues. And so it goes.

The real crisis is not any particular drug, but our failed public-policy responses to drug use and abuse.

There always has been and always will be an appetite for the kind of escape and pain relief that drugs can provide, from alcohol through to W-18 and beyond.

There has also long been a countervailing puritanical need to demonize pleasure and glorify suffering.

Sure, drugs have the potential for harm, chief among them addiction. But most people who use drugs – even fentanyl – tend to do so responsibly, or at least how they're told to use it.

The worst consequences of drugs, those that are decried by political leaders and in newspaper headlines every day – like drug wars, criminality, violence, overdoses, the spread of infectious disease – are largely the result of criminalization (and to a lesser use, misinformation), not drug use per se.

They are self-inflicted wounds of prohibitionist policies.

Cracking down on supply has never worked. We've known that at least since the Opium Wars in the 19th century.

Yet we continue, futilely, to attempt to control supply, even as it gets ever-easier to distribute drugs. You don't need a ship to move drug shipments any more. Fentanyl doses are measured in micrograms; with one gram of base product, you can produce 1,000 tablets.

No border is tight enough to control the movement of drugs in the modern world, and no amount of policing will prevent people who want to use drugs from using them.

So our aim should be responsible use – aiming to maximize education and minimize harm.

When it comes to fentanyl, and other opioids that are garnering so much media attention these days, there are a number of harm-reduction measures that can be enacted.

There are also a couple of distinct issues that, while related, we need to be careful not to conflate.

Most users of opioids – up to and including fentanyl – are getting the drugs legally; they are being prescribed medication for the treatment of pain.

The problem here is that the drugs are overprescribed, particularly to those with chronic pain. There were a whopping 19.1 million opioid prescriptions last year, making Canadians the world's biggest users of narcotic painkillers.

These prescriptions are, for the most part, well-intentioned. The number of people living with chronic pain is staggering – about one in five in the general population, and as many as three in five seniors.

Yet the wait to be seen at a pain clinic can stretch for years, and the investment in physiotherapy and rehabilitation – alternatives to drugs – is paltry.

So we drug people to a disturbing degree with often grim results: Some get hooked and some overdose. But the prescription fentanyl/opioids problem is solvable, relatively easily.

The issue of so-called recreational users of drugs is different. Many people, from all walks of life (we're not sure how many because tracking illicit drug use is difficult), take opioids like OxyContin, heroin and fentanyl because it gives them a good buzz. They are occasional users.

Then there is a small minority of opioids addicts, people we see living on the streets of our cities, big and small, and who populate jails because of their drug crimes.

Addiction has many technical definitions but it is characterized by the persistence of use despite negative consequences. Locking up addicts isn't going to "fix" them.

Criminalizing drug use, for addicts and occasional users alike, merely ups risks. They buy drugs of unknown quality and, in dealing with criminals, put themselves at risk of physical and financial harm.

The main reason people die from opioids overdoses is because the dose they took was greater than they believed, the drug was cut with harmful byproducts, and they were unable to get help.

Harm-reduction measures include needle exchanges to minimize the spread of infections like HIV and hepatitis C, making the OD-reversing drug naloxone widely available, supervised injection sites like Insite and accessible drug test kits (which allow users to figure out easily and quickly what they're actually consuming).

The War on Drugs folk think of these measures as aiding and abetting drug use and abuse. Public-health proponents are more pragmatic: They recognize that drug use is going to happen, so focus on minimizing the broader harms.

"Insanity," said Albert Einstein, "is doing the same thing over and over again and expecting different results."

For more than 150 years, we've been treating drug use, up to and including addiction, as a criminal matter rather than a public-health issue.

It's well past time to concede that prosecution and persecution are poor substitutes for appropriate health and social services. 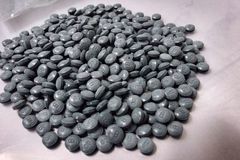