A Globe investigation helped reveal that at least 62 Canadian soldiers and veterans took their lives after serving in the Afghanistan war – more than one-third of the number who died on the mission. Here's how the investigation unfolded and what followed from it

In early 2014, The Globe and Mail set out to learn the number of suicides among current and former Canadian military members who had served in Afghanistan. The Globe asked National Defence and the Canadian Forces for this information, but no figures were provided.

Reporter Renata D'Aliesio turned to the Access to Information Act, asking for all records created in response to The Globe's request for suicide data. After a five-month wait, The Globe received a CD with 162 pages of military and government e-mail communications that contained some answers. The records showed how many active-duty members who deployed to Afghanistan had taken their lives as of April 8, 2014. But the information did not include the members' names or suicides of former soldiers.

To fill the gap, Ms. D'Aliesio pored over more than a decade's worth of military-related obituaries to identify possible suicides of soldiers and veterans. In interviews with families and military members, she confirmed that the deaths were in fact suicides.

Read the full story behind the investigation.

An additional 12 suicides were identified through this work, raising the count to at least 54 soldiers and veterans who killed themselves after their Afghanistan tour. Days after the newspaper went public with the figure, the military released an update that brought the toll to at least 59. Further reporting by The Globe showed that the suicide tally has increased to at least 62.

The true count is likely higher. The federal government doesn't regularly track veteran suicides and has incomplete records on reservists, who made up more than one-quarter of Canadian troops in Afghanistan.

The Globe's report on the suicide toll took an in-depth look at the lives and deaths of four Canadian infantrymen who had served in Afghanistan: 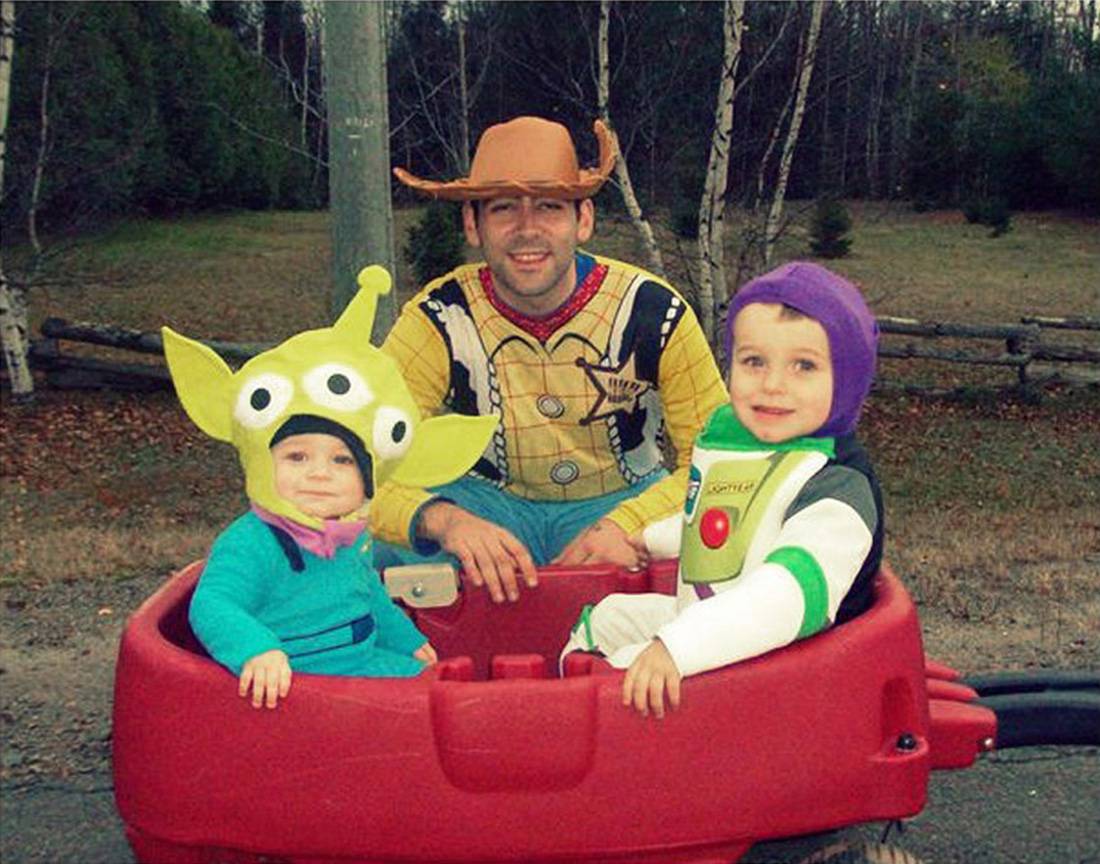 Jamie McMullin, father of three. June 9, 1982 – June 17, 2011
“He was just very depressed about the things he had done over there that he couldn’t get over,” his father Darrell McMullin says. 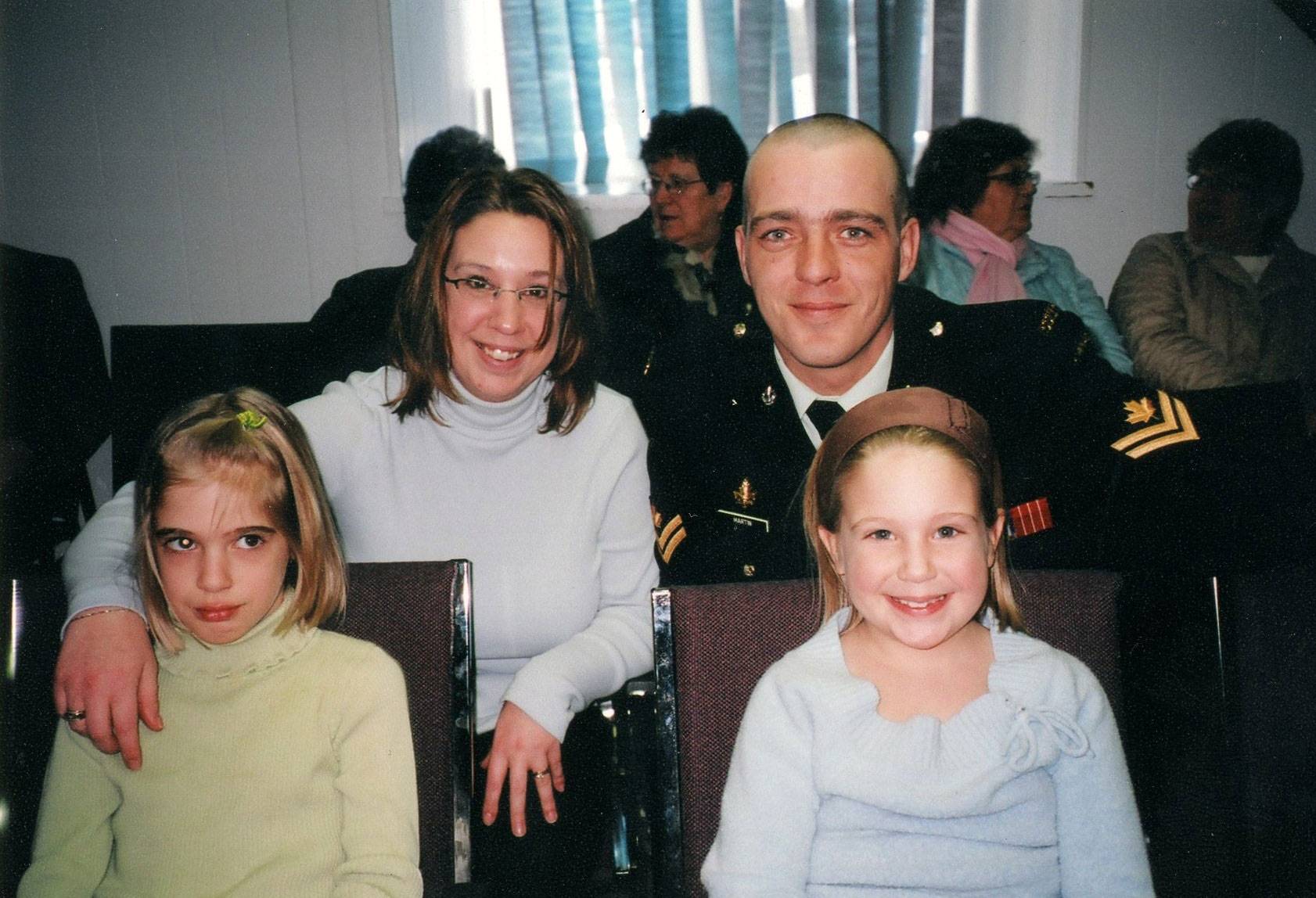 Paul Martin, father of two. June 27, 1974 – Sept. 8, 2011
“I think it was too fast,” his wife Hélène Bilodeau says. “He took a big handful of pills every night just before going to bed, and took pills in the morning and at the lunch. And then he stopped.” 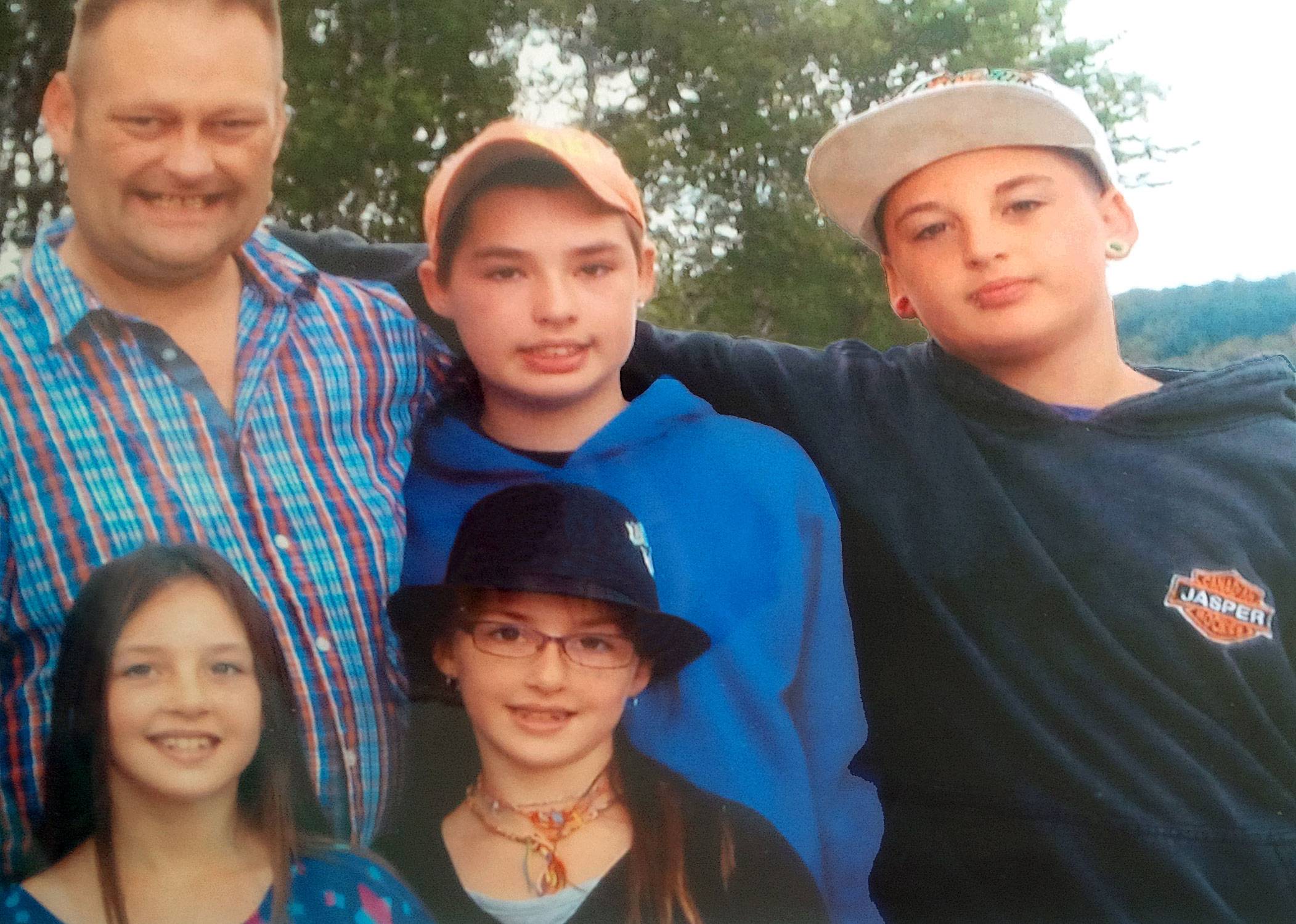 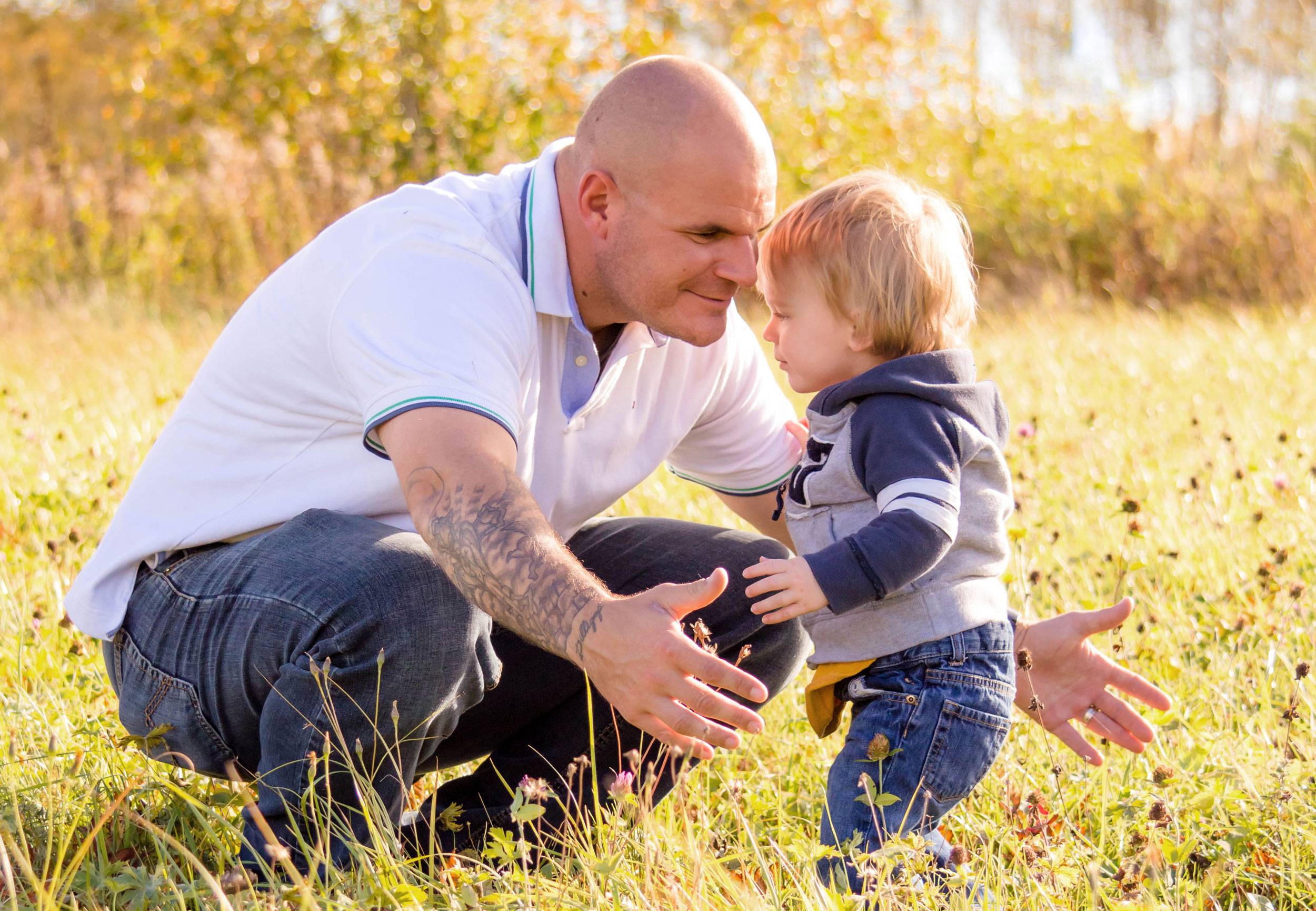 The Globe continued its coverage by revealing that:

Former senator Roméo Dallaire, a renowned veteran who has helped shape the Liberals’ thinking on how to help wounded soldiers, says the new government must end the “penny pinching” concerning veterans’ care and establish a covenant that entrenches Canada’s moral obligation to look after military members and their families.

“That doesn’t mean running away with the Treasury,” noted Mr. Dallaire. “But it does mean putting the same emphasis of financial engagement … and support for these people as we do to the damn trucks and vehicles … we spend billions maintaining.”

“One suicide is too many and it’s everybody’s responsibility,” Mr. Parent said in a statement to The Globe. “Veterans need hope. To have hope, you need forward movement. To have forward movement, you need better options ahead of you than behind you,” he said.

The government should publicly state that PTSD is a war wound like any other; soldiers who take their lives because of PTSD should be given the same military honours and recognition as soldiers killed in battle or who died of their wounds later. The names of the 54 should be added to memorials and monuments. Such a move would bring honour to them and to their families, and properly demonstrate the nation’s gratitude for their sacrifice.
Read the full editorial.

Better rehab, better tracking and better communication between the DND and Veterans Affairs are all needed. As well, the Armed Forces should soften its “universality-of-service” policy, under which members suffering from PTSD can be summarily discharged, leaving them adrift and more despondent than ever. Read the full editorial.

Veterans Affairs Minister Kent Hehr promises to transform the way Ottawa deals with members of the Canadian Armed Forces who have been in combat.

Veterans Affairs Minister Kent Hehr is vowing to find a way to commemorate the soldiers who served in Afghanistan and later took their own lives.

General Jonathan Vance, Chief of the Defence Staff says he’s undertaking a wide-ranging review of how the military treats soldiers, sailors and air personnel that will span the entire life of a Canadian in the Forces – from recruit to veteran.

Deputy minister of Veterans Affairs, retired general Walt Natynczyk said the federal department needs to shore up its resources and show more respect, care and compassion for vets living with physical injuries and mental scars. It needs to encourage the latter to seek treatment, he said, because one suicide “is one too many.”

Veterans Affairs is planning to report on suicides of former military members annually starting in late 2017 – a move that will disclose, for the first time, how many vets are taking their lives each year in Canada.

Canada Company, an influential charity that denied scholarships to two children of an infantry officer who took his own life, promises to expand the scope of its education program because of the enduring damage left by post-traumatic stress disorder.

Veterans Affairs Minister Kent Hehr says the government must find better ways to keep Canadian Forces personnel on the job after they have sought help for a mental illness.

The Globe will continue its coverage, meeting with more military families and wounded soldiers, and watching whether the new Liberal government follows through on the promises made.

KEVIN PATTERSON, a novelist and internist who served as a civilian physician in Kandahar, Afghanistan

Lacking visible wounds can make them feel unentitled to their distress – and that feeling of unentitlement is much of what makes psychic injuries so damaging.

ANDRÉ PICARD, a public health reporter and columnist with The Globe

If we are going to spend on war, we need to also invest in peace of mind.

Canada needs to change its views on universality of service, which allows the Forces to release any member it deems to be unfit for a deployment but makes no effort to consider a soldier for transfer to another branch of the military or public service. In a country as rich as ours, no soldier should have to prove that his or her mental-health issue or chronic injury is related to a specific deployment. If soldiers have served overseas they should be given the benefit of the doubt that whatever ails them does indeed have a link to their service.

ROMÉO DALLAIRE, a former senator and retired lieutenant-general in the Canadian Armed Forces

This Remembrance Day, in addition to reflecting on the sacrifices of those who lost their lives in war, we also need to turn our thoughts to those who succumb to mental injury incurred through active military service. After a decade of controversy and relative neglect, now is the time to recognize that they, too, are paying the ultimate price in the service of our country.

ALISON HOWELL, an assistant professor of political science at Rutgers University-Newark and associate editor of the journal Critical Military Studies

… soldier and veteran suicides are a matter not only of health and veterans policy, but also of what role Canada will take on the global stage, and at what costs.

With reports from Renata D’Aliesio, Steven Chase and Gloria Galloway

Are you a military family with a similar story? E-mail reporter Renata D’Aliesio at RDaliesio@globeandmail.com as she continues to bring attention to this important issue.