While within Typhoon Haiyan's path, the damage meted out to Iloilo -- the hub of Canada's aid response -- is comparatively modest. Much of the city's infrastructure remains intact, a far cry from the devastated city of Tacloban, and other communities to the east, first hit by the storm.

Staff at a downtown Iloilo City hotel said the typhoon brought "slight heavy wind and some rain" – but elsewhere on the island the storm was said to have knocked down houses and electrical lines. Meanwhile, the Canadians say evacuation centres are running out of supplies, a scenario ripe for the spread of disease and illness.

It's those areas to the north, along the coast, where Canada announced Thursday it would focus, after earlier zeroing in on Iloilo. Canada's aid effort is ramping up as officials elsewhere work to track down at least 75 Canadians who are unaccounted for, and fast-track visa applications of Filipinos affected by the typhoon.

On Friday, Canada's Disaster Assistance Response Team, or DART, began building their base in Roxas City, 100 kilometres north of Iloilo. On Saturday, DART's first medical team was expected to push forward to one of the nearby evacuation centres, where people are in need of water, sanitation equipment and medicine. Though DART includes medics, much of its work will involve clearing and restoring roads, to allow other aid workers to reach areas.

"Really the most pressing concern we see now is access to the communities. Aid is coming into the countries, but the aid is building up because it can't be distributed," Lt.-Col. Walter Taylor, the commander of the DART mission in the Philippines, said by phone Friday from Roxas.

Meanwhile, Canada is dispatching its fourth wave of soldiers, and a water purification system, to the relief efforts. That fourth planeload is due to leave Ontario at 5 p.m. local time Friday. A third left Thursday night, bringing the number of troops sent to roughly 190.

Typhoon Haiyan's death toll now stands at 4,460, officials in Ottawa said Friday. While there are no reports of Canadians injured or killed, 75 Canadians are unaccounted for.

After the typhoon, the Foreign Affairs department heard from relatives in Canada about a total of 185 Canadians thought to be in the region struck by the typhoon. The department has so far accounted for 110 of them – none injured or killed - but hasn't heard from the others. It's unclear whether any might be hurt, or dead. "We have sought to reach them repeatedly, but we haven't been able to reach them," said Neil Reeder, Canada's ambassador to the Philippines.

As crews build their basecamp in Roxas City, it will be largely up to Lt.-Col. Taylor to determine what else they need – more people, which supplies and what equipment. Canada's military presence after the 2010 earthquake in Haiti topped out at around 2,000 people.

In the Philippines, Canada says it will send a new planeload of people and supplies every two days, for the "foreseeable future," and continues to weigh whether to send up to six Griffon helicopters. They'd be sent only if they would help reach small nearby islands and communities, and not hinder other efforts. Canada is "very close to a decision" on whether to send the helicopters, Colonel Steve Kelsey said Friday.

What Canada won't be sending is ships. A frigate and a destroyer were sent to Haiti, but the Philippines is too far for Canada's navy to reach in time to make a difference. "There's no intention to deploy naval assets at this time. Given the distance and transit times, they would be arriving too late to be effective in that operation," Lt.-Col. Taylor said.

Canada's fleet also isn't at full strength. HMCS Algonquin and HMCS Protecteur, two of Canada's ships in the Pacific, collided in August, and the Algonquin remained in repair as of last month with National Defence saying the ship would "no longer deploy to Asia Pacific region as planned." The collision also led Canada to skip a planned naval ceremony in Australia last month.

The third wave of Philippines-bound Canadian soldiers flew out Thursday night on a military Airbus jet, while the previous two waves have flown out in one of Canada's four C-17 heavy-lift cargo planes, acquired between 2007 and 2008. The C-17 is a larger plane, with a carrying capacity twice that of an Airbus. Canada's advance team, dispatched Sunday as a first response, flew in a Challenger jet, the smallest of the three.

After the storm hit, Canada's officials first headed to Manila, the capital, but on Friday moved mostly to Roxas. Canada headed there at a request from the Philippines. The Department of National Defence said in a statement it is still sorting out "what needs the Government of Canada can fill" in the Philippines, including what experts, supplies and equipment are needed.

Canada has also pledged to consider fast-tracking visa applications by people directly affected by Typhoon Haiyan. As of Friday, "the numbers are small in that respect," said Mr. Reeder, the ambassador.

It's unclear how long Canada's DART soldiers will stay in the Philippines. As a general standard, they plan for 40 days. "We don't really know, because every effort like this unfolds in slightly different ways," Col. Kelsey said. 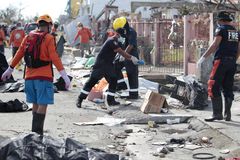 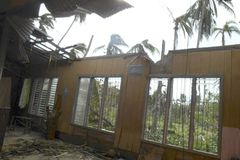 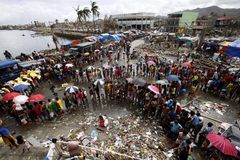 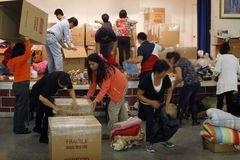 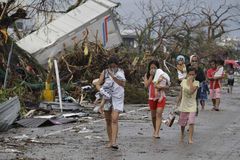 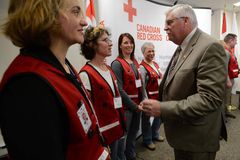 Follow Nathan VanderKlippe and Josh Wingrove on Twitter @nvanderklippe @josh_wingrove
Report an error Editorial code of conduct
Due to technical reasons, we have temporarily removed commenting from our articles. We hope to have this fixed soon. Thank you for your patience. If you are looking to give feedback on our new site, please send it along to feedback@globeandmail.com. If you want to write a letter to the editor, please forward to letters@globeandmail.com.
Comments