A former spy has described the debate within the CIA over the arrest, rendition and torture of Canadian Maher Arar, saying multiple colleagues warned against it because they were convinced they were punishing an innocent man.

The account from former CIA officer John Kiriakou sheds new light on decade-old events that caused a public inquiry in Canada, a $10-million payout from the federal government, and unsuccessful lawsuits in the U.S.

It's a rare peek into discussions within the U.S. Central Intelligence Agency – whose role in the 2002-03 events has never been publicly examined, having remained off-limits in Canada's inquiry.

It came during an interview at the ex-spy's Virginia home, where he described how he went from being the head of counterterrorism operations in Pakistan after 9-11, to becoming the first CIA employee to publicly question the use of torture, to eventually spending two years in jail for leaking agency secrets.

During that interview, Kiriakou declined to discuss whether he'd interacted with Canada's spy services – because, he said, revealing details about a foreign partner remains a cardinal sin in the world of espionage.

But he added: "We can talk about Maher Arar."

Kiriakou expressed disgust with his country's role in sending the engineer to be tortured in his native Syria, and with its continuing failure to issue an apology like Canada has.

He described a dynamic within the agency in which one mid-to-high-level officer ignored repeated objections from her subordinates, and insisted on pushing ahead.

"I can tell you that a lot of people inside the CIA objected to this," Kiriakou said.

"(They said), 'This is the wrong guy. He hasn't done anything."' Arar was grabbed during a New York airport layover and flown to a notorious Syrian prison. He has described a year-long ordeal that included being beaten and stuffed into a body-sized slot in a windowless dungeon. Arar likened it to being buried alive.

At the time, Kiriakou was a branch chief within the CIA's Counterterrorism Center.

While he won't discuss the branch name, he says it fell under the broader Osama bin Laden unit and the Arar file was being handled by another branch within the center.

He says an officer, one level above branch chief, was determined to make the arrest.

"I remember hearing some of the conversations – that, 'This is the wrong guy, this is a mistake.' And then one officer in particular (was) saying, 'No, this is not the wrong guy. We're going to take him.' "She was certain that we had the right guy. That Maher Arar was an al-Qaeda whatever-he-was – a facilitator, or whatever – and we were moving forward with it."

He wouldn't identify the officer.

He's just spent two years in prison for leaking agent details to the media – though Kiriakou insists the government punished him for blowing the whistle on torture.

Kiriakou only referred vaguely to her general status within the agency. He also made a fleeting reference to a Hollywood hit: "As you may have seen in the movie 'Zero Dark Thirty,' there were certain people inside the CIA who insisted on pushing forward."

He refused to say whether she was the officer who inspired that movie's main character – who was named in some media reports, and was linked in the Senate's torture study to the wrongful rendition of another innocent man, Khaled el-Masri.

The CIA declined to comment for this story. So did Arar, although his U.S. lawyer says it's about time these details emerged.

"Nothing has ever come out here about the CIA involvement," said Maria LaHood.

"He's never received an apology from the United States... His name continues to be smeared. As far as we know, he's still on a watch list.

"It's not too late for accountability here. It would be nice, at least, to do some naming and shaming... It doesn't provide redress but at least it puts a light on what happened, and why it happened, and how it happened, to ensure that it doesn't happen again."

Another advocate for Arar said the same is true for Canada. Canadians who passed on information to the CIA continued law-enforcement careers and got promotions, said Kerry Pither, who wrote a book about the rendition of Arar and three other Canadians.

"We as Canadians need to know: who was it? Who was convincing, who was pressing this (CIA) agent?" Pither said.

The federal inquiry concluded it was likely that U.S. authorities relied on information from the RCMP – although it never had access to U.S. intelligence. 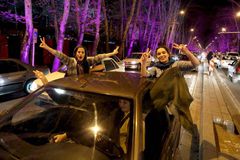 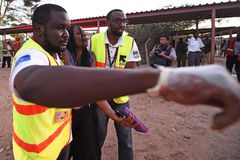