Troubles with Ontario's new two-tier bargaining system in education have reached a boiling point this week, with the Ontario Labour Relations Board to decide in the next few days if striking teachers have subverted the process.

Three school boards whose high school teachers are striking have asked the labour board to declare the strikes unlawful, saying teachers walked out over issues that are not up for discussion with the boards.

If successful, the application could force teachers back to the classroom by the end of the week.

"It's quite clear from the rhetoric that is being shared that there is local action … primarily to force negotiation at the provincial table, and that's quite illegal," said Michael Barrett, chair of the Durham District School Board, where teachers walked out more than three weeks ago.

The boards' chairs have hinted for weeks that they believe the local strikes are a pressure tactic by the Ontario Secondary School Teachers' Federation against the province as a whole. Under new legislation passed last year, bargaining happens simultaneously at a "central" provincial table and at each of the province's school boards, with big-ticket financial items reserved for the talks with the government.

In their application, the school boards said there is "absolute legal division" between the two levels of bargaining, and that to strike over central issues, the union would have had to give legal notice at the central table, which it did not.

The labour board must begin a hearing within 48 hours. If it finds the strikes illegal, teachers will have to go back to work immediately, said Voy Stelmaszynski, a lawyer for the board.

However, it is the first time that the labour board has been asked to adjudicate a claim of illegal striking under the two-tier system, raising new legal questions, Mr. Stelmaszynski said. The school boards will not only need to show that the local strikes are over province-wide bargaining issues, but that striking over those bigger issues at the board level is, in fact, illegal.

Normally, it's clear-cut when workers can and cannot legally strike under a collective agreement.

In past cases involving construction sites or industrial plants, for example, it has been clear that the workers were not permitted to strike. The labour board's task in those cases was only to evaluate whether the workers did walk off the job in an organized, intentional way, Mr. Stelmaszynski said.

The board has the power to subpoena testimony and documents related to the three strikes, but the hearing should take one day at most, Mr. Stelmaszynski said.

When asked if the legislation makes it clear whether the three strikes are legal, Education Minister Liz Sandals said the labour board must make that decision independently.

OSSTF president Paul Elliott said the legislation lays out some boundaries, but teachers went on strike in Durham, Rainbow and Peel over local bargaining problems, he said.

Mr. Elliott said the board's legal move was a surprise, calling it a "provocative gesture."

In their application, the school boards quoted a speech Mr. Elliott made at the union's annual assembly in March – more than a month before the first strike began – identifying seven boards as targets for strike action, including Durham, Rainbow and Peel.

In the speech, Mr. Elliott said teachers had agreed to a strike plan in 2014 to achieve "fair, freely bargained collective agreements across this province." However, he has told The Globe the plan was general, with no specific boards singled out.

Teachers' contracts expired last August. In the fall, the province, the union and school boards spent months negotiating which issues would be discussed at which tables.

Gerard Kennedy, former education minister, said pulling issues to the wrong table would be a return to "old-style games playing."

"This is meant to be more interest-based bargaining and not the old adversarial style," he said.

With a file from Jane Taber 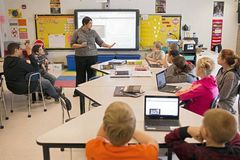 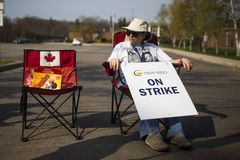 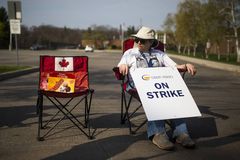