How did this relationship between brand and nation become so intertwined?

For Owen Connell, who sipped a large Tim's coffee in downtown Toronto Tuesday, Tim Hortons evokes memories of his childhood. It reminds him of going for a hot chocolate and a jam-filled donut with his mum and dad after a hockey game when he was growing up in Ontario in the 1970s and 1980s.

"What pops into my mind when I think of Tim Hortons is Canada. It's distinctly Canadian," Mr. Connell said. "It ties into the culture. It's somewhere everybody goes."

Tim Horton himself, the former Toronto Maple Leaf defenceman killed in a car crash in 1974, was in many ways an ideal personification of the brand. He wasn't a flashy player, but he was strong and reliable, traits in keeping with Canadian narratives of solidity and self-effacement.

"He was not just good at the national game but he embodies some of the best Canadian qualities, he's a stalwart, he's calm under pressure, he's fantastically gifted, but he wasn't a showoff," said Grant McCracken, a cultural anthropologist and author. "That's half the story, then you've got the other half, which is enterprising, entrepreneurial, startup Canada."

It was in 2004 that the term double-double entered the Canadian Oxford Dictionary, recognition of its importance to everyday speech. As Canada prepared to go to war in Afghanistan, the Canadian Chief of Defence Staff, General Rick Hillier, insisted that Canadian troops should have access to a Tim Hortons at Kandahar Airfield. It would cost the public at least $4 million, but it was seen as a boon to morale.

"There's nothing more Canadian than sipping a double-double in Kandahar airfield while you're watching a hockey game," Gen. Hillier was quoted as saying in a 2006 speech.

Having a cup of Tim Hortons became the photo-op of choice for many Canadian politicians. When Condoleezza Rice paid a visit to Canada, Minister Peter MacKay was photographed taking her to visit a Tim's. Stephen Harper also made several efforts to wrap himself in the Tim Hortons logo, including a 2009 speech that welcomed Tim Hortons back to Canada after it relocated its corporate headquarters from the U.S.

"Millions of Canadian hockey parents like me know well that when it is 20 degrees below zero and everyone is up for a 6 a.m. practice, nothing motivates the team more than a box of timbits and nothing warms the parents in the stands better than a double-double," Mr. Harper said that day.

In 2009 one pollster thought that the Tim Hortons factor was significant enough to warrant asking voters which party leader was more likely to buy their coffee at Tim's (Mr. Harper had a healthy lead over Liberal leader Michael Ignatieff in that category.) Opting for a double-double became seen as an act of solidarity with the working people who have made Tim Hortons far and away the dominant quick service restaurant in Canada. One estimate suggests they sell nearly eight in 10 cups of coffee sold in Canada.

"It's a brand that's relatively speaking an anti-Starbucks of a kind. It's not precious, it's not special, there's something more real-world about it," Mr. McCracken said.

Then there are the commercials, ubiquitous on Canadian airwaves, that overflow with sentimentality. The father who disapproved of his hockey playing son, only to reveal that he was actually a proud hockey dad who'd never missed a game, or the immigrant father who welcomes his family to Canada with new parkas and a cup of Tim Hortons coffee.

Mr. Connell, who visits a Tim's nearly every day and spends anywhere from $2 to $10, said he identifies its brand with the working man. Kealy Wharram, a Toronto realtor who was having a coffee with triple milk Tuesday, said for her it's a place of diversity, where everyone is welcome, a sentiment in keeping with Canada's openness. She stops in about 20 times a month, she said.

"It seems like it's for everyone, it's young, old, it's diverse. There's not one typical person that comes here," she said.

She, too, described Tim Hortons as something she identified with her childhood and with that great Canadian tradition, the long car journey. Every year when her family headed to Vermont they stopped at the border to get a last hit of Tim Hortons before crossing into the U.S., she said.

"The whole idea of Tim Hortons is a home feeling – a soup and a sandwich – it's what your mum and dad would have made for you."

Those who like Tim Horton's like it a lot, despite its often long lines and what coffee sophisticates consider a rather ordinary taste. Devotees will go to great lengths to get it. Canadian journalist Michelle Shephard wrote last month that when she travels to Somalia half her luggage consists of Tim Hortons coffee for grateful expats.

As the merger with Burger King raises the prospect that Tim Hortons might change in some way, its fans recoil in horror. There are other brands that have been perceived as distinctly Canadian that have faded in importance, Mr. McCracken said. Tim Hortons has said it won't change north of the border, but new management and a merged culture will inevitably raise new challenges. As the saying goes, Tim Hortons will struggle to remain as Canadian as possible, under the circumstances. 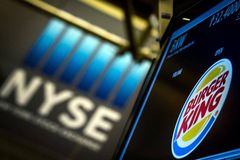 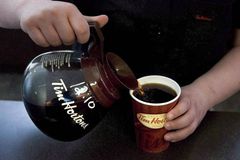 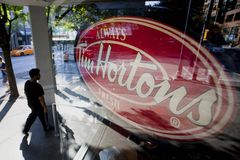 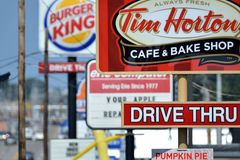