We drop billions to save auto-making jobs in Ontario and risk international condemnation to keep Saskatchewan's potash in Canadian hands. And we cheer the repatriation of a beloved hockey team. But almost without notice, Canada is losing something far more valuable than fertilizer or hockey talent: knowledge and intellectual property.

And there's barely a whimper.

These are the natural resources of Canada's future, and they're slipping from our grasp at an alarming rate, according to a sobering new report by the Canadian International Council, titled Rights and Rents: Why Canada Must Harness its Intellectual Property Resources.

"The world is targeting our intellectual property and it's leaking out of the country," lamented Karen Mazurkewich, the report's author.

Canada spends more per capita on research and development than virtually all other developed countries. Yet the country isn't reaping the full benefits of all the money it lavishes on businesses, universities and research institutions. Far too often, foreigners are.

Lucrative Canadian inventions are leaving the country. Between 2006 and 2010, some 137 venture-backed Canadian startup companies changed hands, and nearly 60 of them went to buyers outside Canada, along with as many as 200 vital patents, according to the report.

"The world is dividing into nations that have intellectual property – winners – and those that do not," the CIC report concludes. "Canada is adept at launching innovative ventures, but often fails to recognize the value in their IP."

And as IP leaves the country, Canada is becoming a nation of knowledge renters rather than owners. In 2010, Canadian companies spent $4.5-billion (U.S.) more buying intellectual property on world markets than they did selling or leasing it, according to a recent World Bank report.

The CIC calls this IP deficit – one of the worst in the developed world – "stunning." The United States, by comparison, has an IP surplus of nearly $65-billion and leads the world.

Particularly troubling, Canadian companies could soon find themselves paying dearly to companies such as Apple Inc., Microsoft Corp. and L.M. Ericsson for the privilege of using technology that was hatched from Canadian brains and research cash. In July, a consortium of tech companies paid $4.5-billion for what remained of Canada's failed tech giant Nortel Networks Corp. – 6,000 patents, including technology vital to the next generation of smart phones, computer networks and semiconductors. Only one Canadian company, BlackBerry maker Research in Motion Ltd., joined in the largest-ever IP portfolio purchase.

The sale ensures that most of the benefits of those patents – the royalties, the sales and the jobs of the future – will mostly migrate elsewhere.

And it's not just happening in high tech. In the 1970s, Canadian researchers pioneered the development of canola, a variety of rapeseed that produces cheap, edible oil. Four decades later, Canadian farmers are paying hefty royalties to foreign agrifood companies, which own 85 per cent of the genetically modified canola varieties in use.

"You can't have an economy where other people develop all your technology," said Daniel Gervais, a law professor and co-director of the Intellectual Property Program at Vanderbilt University in Nashville, Tenn. "Canada will become poorer relative to other countries. Canada is not going up, it's going down in the ranks."

IP has become a valuable commodity that is increasingly bought, sold, leased and litigated around the world. There were 375,000 patents filed in the U.S. last year, a six-fold increase from 25 years ago. The average smart phone, for example, may contain as many as 250,000 patent claims.

Other countries are leaping ahead of Canada in the patent gold rush, treating IP as a vital resource that needs nurturing. Canada's output of new patents has stagnated in recent years, while powers such as India and China are rushing to patent their inventions.

"We seem to be putting a lot of money into R&D, and our universities are well funded," remarked political scientist David Wolfe, co-director of the Globalization and Regional Innovation Systems program at the University of Toronto's Munk School for Global Affairs.

"But we don't do all the other ancillary things to take full advantage of all the big investments in R&D. Figuring out how to preserve and protect our IP portfolio is one key part of that." 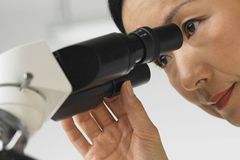 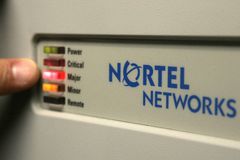 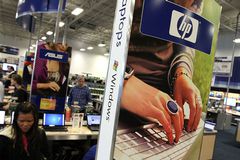 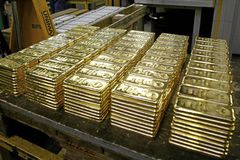 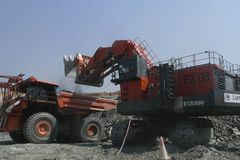