If the world's rich countries are engaged in a "tax arms race," it's a competition Canada seems determined to win.

In just five years, Canada has gone from having the highest business taxes in the Group of Seven industrialized nations to the lowest. The federal corporate tax rate is on a course to reach 15 per cent next year, down from 28 per cent at the start of the decade - the result of successive cuts by both Liberal and Conservative governments.

Most provinces have matched those breaks, saving businesses billions of dollars a year.

But in the wrenching aftermath of the financial crisis and massive corporate bailouts, has the global rush to relieve the tax burden on businesses gone too far?

The debate is challenging a long-held consensus among most Western governments and academics that high corporate taxes are bad for the economy. The overwhelming weight of economic research suggests corporate taxes are the least efficient way to raise government revenue (compared to, say, a value-added tax, such as the GST) because they make companies less productive and hinder their return on investment.

Corporate taxes have also emerged as a key wedge issue in the federal election campaign. Liberal Leader Michael Ignatieff has vowed to ratchet the tax back up to the 2010 level of 18 per cent and cancel next year's planned reduction. He would use the extra revenue Ottawa collects from businesses for new programs for students, seniors and childcare.

Conservative Leader Stephen Harper counters that rolling back the tax cut would cost thousands of jobs and rattle investor confidence.

In Europe, Germany and France are grumbling that Ireland, which has one of the lowest corporate tax rates in the world at 12.5 per cent, should push its rate up as a condition of a multibillion-dollar European bailout.

Several other countries are looking to squeeze thriving industries to help close widening budget gaps. Britain, for example, has slapped a tax on offshore oil producers. Australia has similarly targeted its wildly profitable mining industry with a "supertax."

And in the United States, outrage over reports that corporate giant General Electric Corp. paid virtually no taxes last year after racking up profit of $5.1-billion (U.S.) has sparked renewed calls for a corporate tax overhaul.

Jeffrey Sachs, the renowned Columbia University development economist, has joined the fray, pleading with countries to resist being "gamed by global companies that are playing off our governments, one against the other."

The result is the kind of fiscal crisis now gripping Ireland, he suggested. Everyone cuts and no one wins. Lower taxes drain government coffers, forcing painful cuts to schools, social programs and the like, according to Mr. Sachs.

"All of our countries are caught in what you could call a kind of tax arms race or … a race to the bottom in fact, which is that each country is trying to get the tax rate lower than the neighbours or the competitors."

The problem with Mr. Sach's analysis is that the evidence doesn't bear it out - not in Ireland, and not in most of the countries, such as Canada, that have lowered corporate tax rates. Across OECD countries, government revenue from corporate income tax as a share of gross domestic product is higher now than in the late 1990s. And taxes of all kinds (corporate, individual and value-added) are bringing in more revenue as a share of the economy now versus a decade ago.

Looking at the corporate tax in isolation is unfair, argued Stephen Gordon, an economist and professor at Laval University in Quebec City. No one is suggesting going to zero. He said governments have many other ways to raise revenue, and that's exactly how most wealthy countries finance massive social programs.

"You can still cut corporate taxes and do all these other things," Prof. Gordon said.

There's also scant evidence that Ireland's super-low tax rate contributed in any way to its financial crisis, which was triggered by its decision to backstop its faltering banks. "It's a non sequitur: Low corporate taxes don't cause banking crises," Prof. Gordon said.

Both critics and proponents of lower corporate taxes tend to exaggerate outcomes. The tax rate is just one of hundreds of factors that companies look at before deciding where and when to invest, said Ian Lee, MBA director at Carleton University's business school. Exchange rates, economic cycles, real estate values, regulation, labour market conditions and a host of other factors can easily swamp changes in tax rates.

"There's a lot of foreign investment coming in to Canada because we're seen as this very strong place to do business," Mr. Lee pointed out. "The corporate income tax is only one part of the package. It's not the total package."

And if Canada is in a race, it's still a long way from winning. The rapid series of tax cuts of the past decade have made Canada competitive, but still a long way from a tax haven. Based on virtually every metric, Canada's business taxes remain above the average among the world's richest countries. Measured as a share of the economy, Canada's corporate taxes are also higher than the OECD average.

Canada's combined federal and provincial corporate rate is lower than the U.S. combined state and federal tax rate (29.3 per cent versus 38.2 per cent). But tax breaks lower the effective rate U.S. companies ultimately pay. And because U.S. multinationals are taxed on their global income, the prospect of lower Canadian rates are of little value to those that have operations here, such as the major automakers.

And in spite of the grumbling of critics, there's no appetite for across-the-board corporate tax rate hikes - in the United States, Europe or elsewhere.

"The amount of evidence is overwhelming that corporate income tax is one of the highest-cost ways to raise revenue," remarked Jason Clemens, director of research at the San Francisco-based Pacific Research Institute, a conservative think tank. "Europe seems to have been ahead of most countries in realizing this. They rely on consumption taxes to a much greater extent than most other industrialized countries."

A major 2010 study by the OECD Secretariat said member governments desperate for revenue should look beyond corporations to value-added and property taxes.

"Corporate income taxes are the most harmful for growth as they discourage the activities of firms that are most important for growth: investment in capital and productivity improvements," concluded the 157-page report, titled Tax Policy Reform and Economic Growth.

Likewise, a tax reform task force appointed by the Obama administration recently recommended cutting the U.S. corporate income tax rate, now the second highest in the OECD at 38 per cent (Japan is No. 1). At the same time, the task force suggested vastly expanding the corporate tax base by closing a raft of loopholes and tax breaks that allow many companies to pay little or no taxes. Other incentives encourage companies to load up on debt and take on excessive risk. The report also found that U.S.-based multinationals, such as GE, spend vast sums shifting profits to low-tax jurisdictions. Administration and compliance costs U.S. companies an estimated $40-billion a year, or 12 per cent of all corporate taxes collected.

"The current corporate tax system is deeply flawed and in need of reform," the report said. Moving to a broader tax base and lower rate would "correct a number of distortions," it argued.

For Canada, the key isn't competing in a race to the bottom. It's about designing a tax system that encourages saving, investment and, ultimately, economic growth.

To get to that better place, without sacrificing a strong social safety net, Canada probably needs a higher GST rate, still lower corporate tax rates and perhaps even higher income taxes, according to Laval's Prof. Gordon.

"Corporate taxes are a very small part of it, but it's something we can control," he said. 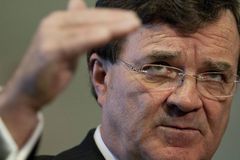 Opinion
Abolish corporate tax - it has been a worldwide failure
April 16, 2011
Opinion
Walking the line on corporate tax cuts
April 15, 2011 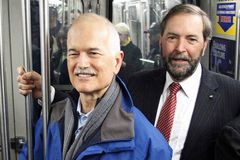