Picture this: Your father died of Huntington's disease, and you're haunted by the possibility that you also carry the genetic mutation that causes it. You would rather not know, but no Canadian life-insurance company will sell you a policy unless you prove you are not at risk of getting the disease in the future. Reluctantly, you have genetic testing done.

Now you have discovered you have the mutation. And guess what? The insurers still will not sell you a policy. Why would they, now that they know you are going to contract a deadly disease?

Genetic discrimination is a reality in Canada, as this scenario – a real example – illustrates. There's no way of knowing how widespread it could eventually become, but one thing is clear: It is already an issue within the insurance industry. Although Canadian insurers have declared a moratorium on requesting genetic tests to qualify for life insurance, they can still deny coverage to individuals with a family history of a condition: They cannot tell applicants to take a test, but they can ask for proof that they are free of risky mutations before issuing a policy.

As a result, a young father living a healthy lifestyle was recently denied life-insurance coverage because of a predisposition to celiac disease; a young, healthy male was denied critical-illness insurance because his father had been diagnosed with Parkinson's disease that could be hereditary.

Examples of other types of discrimination, such as employers using genetic information to screen employees or job applicants, have not been well-documented in Canada, but the risks are clear.

Our Human Rights Act protects us from discrimination because of disability, race, religion and gender, but has no specific provisions to protect regarding genetic information or perceived future disability. That should not be surprising: The act was written in 1985; the Human Genome Project began in 1989.

Canada is one of the few developed countries without legislation to prevent the use of genetic information for non-health and non-research purposes – all other G8 members have some form of legislative protections, including the United States, which passed the Genetic Information Non-Discrimination Act (GINA) in 2008, which bans health insurers and employers from using a person's genetic information.

A few backbench legislators have attempted to bring forward similar legislation in Canada, but so far, these have not been enacted, despite cross-party concerns related to genetic discrimination that are consistent with public opinion: 91 per cent of Canadians, for instance, feel that insurance companies should not be allowed access to their genetic information for underwriting purposes, according to public-opinion research carried out by the federal government.

Consensus seems clear: Genetic information should not be used to determine which individuals will be eligible for insurance or most employment opportunities, especially when assumptions underlying the use of genetic information by insurers and employers are often faulty, misleading and speculative. Human diseases are multifactoral, stemming from a complex relationship between genes, environment and lifestyle, resulting in considerable variation in outcomes among individuals.

Insurers have defended their right to genetic information by arguing that they need it to ensure their business models remain viable, but recent papers commissioned by the Office of the Privacy Commissioner of Canada conclude that banning its use would not lead to a significant economic impact on the industry. In fact, the insurance industry in the United States came to the table to endorse the GINA legislation.

Genetic information is private, sensitive health information requiring a high degree of protection. It must be used to prevent illness and save lives – not be used against people. Fear of misuse is already preventing people from undergoing genetic testing and participating in clinical trials that are needed to treat disease.

It is time to make genetic fairness a reality in Canada – because no one has perfect genes. 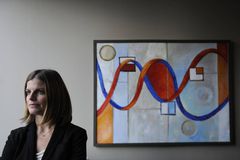 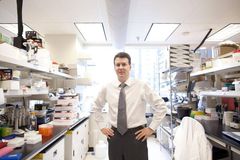 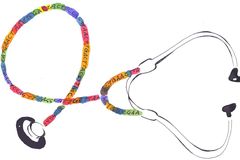