In the late 1990s, Canada opened its doors to the world's best and brightest computer scientists, luring them with the promise of steady, well-paying jobs.

Then the bubble burst. Thousands of Web designers and engineers were forced into joblessness or underemployment. The knock-on effect was to dramatically widen the earnings gap between recent immigrants and Canadians – among men, new Canadians in 2005 earned 63 cents for each dollar earned by the Canadian-born, down from 85 cents in 1980.

That miscalculation illustrates both how difficult it is to predict future labour market needs and why it's so important to get it right. It's not just skilled immigrants whose livelihoods and futures can be hurt by a mistake. It can also hit students who are lured into one area of postsecondary study, like teaching, only to see opportunities dry up by the time they graduate. It can also strike older workers who retrain for other professions but still can't land a job.

The consequences of getting it wrong can be a problem for more than just individuals. It can hurt an entire industry or sector, as well. In the 1990s, Alberta's oil patch underestimated its need for workers. A sudden pickup in demand meant projects had to be delayed because of the worker shortages and, by 2004, employers had to hire back workers at a much higher daily rate.

Currently, tech companies are reporting a shortage of software developers, while several provinces can't find enough nurses. "We don't have a great track record" of predicting labour needs, said Don Drummond, fellow at Queen's University and former chief economist at Toronto-Dominion Bank who has studied solutions to the problem.

Predicting labour trends is notoriously tricky, partly because the economy sways and shifts much more quickly than the education or immigration systems that supply many workers. Sometimes, events can change overnight – one tsunami in Japan, for example, can cause countries around the world to re-think investment in nuclear industries.

It's also hard to know just how demographic changes will play out. Economists and employers have been surprised by how many older people are delaying retirement.

Some broad trends are a fairly safe bet – skilled tradespeople like carpenters and electricians will remain in high demand. So will some types of health-care workers and any work that can't be outsourced. Meanwhile, it's safe to expect there'll be fewer cashiers and retail positions.

Job types will be split between higher-end, better-paid jobs – accountants, engineers and software developers – and lower-paying service positions, with fewer jobs in between, says Andrew Jackson, chief economist at the Canadian Labour Congress.

"The middle skills and middle-income jobs are being eliminated by technology and the international division of labour," he said. "Jobs that can't be shipped out tend to be at the top and bottom."

Jobs and the health of the labour market are hot political themes on both sides of the border. In the United States, the jobless rate has crept up to 9.1 per cent after the 2009 recession wiped out more than eight million jobs.

Canada's unemployment rate is 7.4 per cent, much better than that in the U.S., and down from the spike during the downturn. But it's still well above pre-recession levels of about 6 per cent. And when you add in discouraged workers and people who are working part-time but would prefer full-time, the rate is closer to 10.7 per cent, according to Statistics Canada.

All told, 1.37 million Canadians are without work, many of them in Ontario, Quebec and British Columbia.

Still, gaping holes exist in our current knowledge of the labour market. It's hard to tell whether the surge in self-employment is voluntary or forced. The numbers of people whose jobless benefits expire before they find work is also unknown – they get lost in a statistical ether. And national numbers on which students are graduating from which college and university programs aren't known.

Plenty of insights are available on who's unemployed – we know, for example, that older working women have been by far the biggest beneficiary of job gains in the past year, while youth have not.

But Canada doesn't produce much information on what employers are planning – unlike the U.S., there's no current data on job vacancies, for example.

"I can tell you to the finest little detail who's unemployed in Canada. That tells you the supply side of it. But we know virtually nothing about the demand side of it," Mr. Drummond said.

Thus, career occupational projections "are trying to project the future, but they don't even know what's happening at the moment. And things change breathtakingly fast."

In 2008, the federal government and provincial labour ministers asked Mr. Drummond to oversee a special advisory committee to examine how to improve labour-market data. The 226-page report, in 2009, recommended a central website on labour-market trends, tracking university and college graduates and more government information available for free.

The report, which pegged the cost of bolstering labour-market information at less than $13-million, has since been shelved. "It's extremely frustrating," Mr. Drummond said.

The other problem when considering future labour-market needs is that Canada isn't doing a great job of using its current pool to its full potential. While the national jobless rate is 7.4 per cent, it's much higher for other pockets of the population – 15.2 per cent for aboriginal people living off-reserve, 13.9 per cent for youth and 13.6 per cent for recent immigrants.

Gigi Mathews is part of the latter group. He and his wife arrived in Canada in 2009 from Kuwait, where he'd spent the past decade as a marketing professional, moving up to the executive level and working at global firms like Nokia Corp. He has a science degree and a master of business administration from India, and is fluent in English and Malayalam with conversational Hindi and Arabic.

He decided to emigrate after reading a government of Canada website, in 2006, predicting marketing jobs would grow at about 30 to 40 per cent a year. He arrived in the thick of the recession – but even with the recovery, he's been unable to find a job in his field.

"It looked like there were good opportunities available and that's what I was banking on," said Mr. Mathews, who now has a survival job in a warehouse.

It's a tale all too familiar to Ratna Omidvar, president of Maytree, a private foundation that promotes equity and prosperity through leadership building. "In Canada, we are uniquely unable to make labour-market projections in a timely manner," she said. "We make projections, and we go out and recruit and bring people, but by the time we've brought them here, the shortage is gone."

Rather than focusing on a narrow set of skills, she said, Canada would be better off focusing on people with broader experience, language skills and education who are more able to adapt to a fluid labour market. Indeed, past research has shown these newcomers are more apt to land jobs and generate higher earnings than people with a specific set of skills and little English.

Outside of the oil patch, few employers are reporting labour shortages.

But that's starting to shift. In Ontario's tech hub, at least 2,000 tech jobs are currently unfilled in the Waterloo region, according to Communitech, which represents the industry.

"Tech companies consistently tell us that finding talent is their No. 1 challenge," said CEO Iain Klugman. Many of the jobs are in software development, but other unfilled positions include engineers, project managers, product managers, sales managers, technical writers and quality assurance analysts.

The paradox is that the region's jobless rate is still above 7 per cent, underscoring the challenge of matching employers' needs to employees' skills.

Elsewhere, Engineers Canada predicts skills shortages in the industry until 2018. It and Randstad Canada, a staffing firm, say some occupations are already in short supply – such as industrial and manufacturing and aerospace positions.

One reason job-market forecasts fail is that they merely extrapolate from past growth rates, said Craig Riddell, economics professor at the University of British Columbia. And historical growth doesn't necessarily tell much about the future. "I'm not saying we shouldn't try – we should present people with information," he said.

His suggestion: collect more information from local sources on the front lines of the jobs market – from college educators to companies – on changes in labour demand. And make the data nationally available, so job seekers can pinpoint where the needs are.

"But we should make it clear," he said, "that there's a lot of uncertainty around these predictions and that many times in the past they've not turned out to be very accurate."

What kind of jobs will hold the most potential for future working Canadians?

That's the question The Globe recently put to its readers who are part of the select Globe Catalyst community, and to readers via Facebook. The overwhelming answer? Trades are the most dependable type of work for Canadians.

Globe Catalyst Ted Goulden: "I have been so wrong about this kind of thing so many times in the past. Twenty years ago, I would have answered computer programmers, mailmen, stock brokers, pilots, teachers and newspaper reporters! Right now, technical and journeyman skills related to the energy industry look promising."

Reader Adam Lingenfelter via Facebook: "Not everyone can afford to go beyond a simple bachelor's degree, and even that nowadays doesn't get you very far. My advice: Get a trade, get a skill, and you're set."

Reader Kriddy Hansen via Facebook: "Trades of course – skills you will have for life, they can't be taken away from you! The sky will be your limit, you can go as far as you want."

Opinion
Give youths access to the working world
June 20, 2011 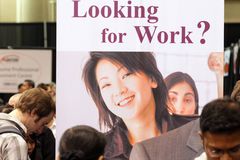 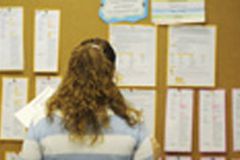 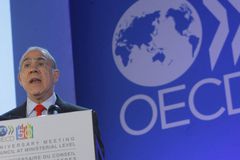 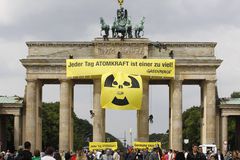 Canadian manufacturers find a niche by supplying the smarts
June 14, 2011
Jobless rate masks key flow in and out of work
June 10, 2011 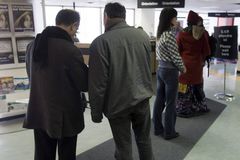 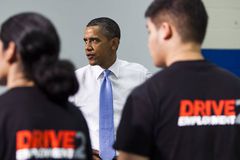 The high-tech rebirth of Canada's textile industry
June 18, 2011
Canada's industrial capacity-use rate jumps
June 14, 2011
Blazing a trail for the new manufacturing
June 18, 2011
Opinion
Don't write off the public service yet
June 22, 2011
Follow Tavia Grant on Twitter @taviagrant
Report an error Editorial code of conduct
Due to technical reasons, we have temporarily removed commenting from our articles. We hope to have this fixed soon. Thank you for your patience. If you are looking to give feedback on our new site, please send it along to feedback@globeandmail.com. If you want to write a letter to the editor, please forward to letters@globeandmail.com.
Comments