I first met Paul Levinson in 2006 at an academic conference at New York's Fordham University, where he was then teaching. Except I felt like I already knew him, Paul having been my master's thesis adviser a decade earlier.

Paul, a pioneer of online education, was the founder of Connect Ed, which offered graduate courses in new media studies through the New School for Social Research. In 1994, I started taking courses there; after a year, Paul guided me through the thesis process and, in 1996, I graduated with a degree achieved entirely online. I was living in Toronto and never set foot on the New York campus.

Courses were conducted via discussion boards: The professors would post lectures and students would post responses, initially to the lectures, then to each other. Some readings were available online through Connect Ed, others we had to find in local libraries or bookstores.

There are many obvious reasons for choosing online education. For me, the cost of an American institution was already high; having to live in New York would have made it prohibitively expensive. Some of the students I met had full-time jobs and couldn't make in-person classes (since it wasn't necessary to be in a classroom during a scheduled lecture, online classes allowed them to access notes and discussions at their convenience). One of the brightest students in my classes had multiple disabilities and was essentially bound to her apartment; it would have been physically impossible for her to attend a traditional class.

There are other advantages, perhaps not as obvious, to online education. One is the inversion of the roles of student and teacher. This occurs because of the difference between attendance and participation. In in-person learning, you can be physically present in a classroom but contribute nothing to the ongoing discussion. In an online class, if you're not contributing to the ongoing discussion, it's like you're not there; unlike traditional classrooms, attendance and participation are the same.

This type of learning is not for everyone. It requires students who are active in building their own knowledge base, rather than passive in accepting knowledge. It also changes the role of the teacher, from the "sage on the stage" imparting wisdom to students to someone who sets out the parameters of a course and then guides students to finding their own way of assembling and understanding course materials.

And this isn't the only way of conducting online education. The classes I took ranged in size from six to a dozen students. But because adding students to an online class is so simple and inexpensive (unlike the limitations of physical space), networked class sizes can explode. Given current economic imperatives (when I was an undergraduate at Toronto's York University, 1,000-plus class sizes were not unheard of), gigantic online classes may seem like an easy way of generating revenue. Unfortunately, in recreating that in-person experience, they would undermine the advantages of online courses.

To a large extent, how one experiences online education depends on how creative the professor is willing to be with the medium. I was lucky that Paul Levinson experimented with what was possible. In a course on international communications systems, for instance, the final assignment was a mock United Nations where each student represented a country (being the only non-American, I was, of course, given my country, Canada) and had to argue that country's interests. As you might imagine, we wrote far more in those two weeks than we would have if we'd been assigned an essay.

While I was at that academic conference in 2006, Paul, his wife, a couple of media scholars and I had dinner. The discussion centred on New York's baseball teams. As I was listening to replays of old sports glories, I thought: "This is a real New York moment." It's not that I don't appreciate the value of being in the physical presence of other people; it's that there are many different approaches to learning, and we should keep an open mind when experience tells us which ones can work under which circumstances.

Ira Nayman was the first person to get a degree entirely online from Connect Ed. He went on to get a PhD in communications from McGill University and taught new media part-time at Ryerson University for five years. In his other life, he writes humour; his website, Les Pages aux Folles, recently marked its 10th anniversary. 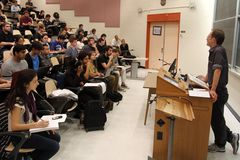 How to raise the quality of postsecondary education in Canada
October 5, 2012 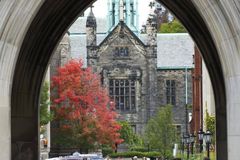