At a small boggy island off the southwest coast of Newfoundland, winds whip against the hills and chop into the sea.

They gust pretty much all year, but are strongest in the winter. They've shaped the character and history of this fishing village: The Four Winds, one of Ramea Island's oldest and stateliest homes, is named after this force of nature.

Here, on the sleepy island of 600 people, wind power is helping shape Canadian innovation. Ramea is home to one of the world's few wind-hydrogen-diesel energy projects.

The $12-million enterprise, led by Nalcor Energy and mainly funded by the provincial and federal governments, has been under development since 2007. It will begin running next year and undergo three years of testing.

If successful, the technology could wean Ramea off diesel-generated electricity almost entirely and bring cleaner energy to the island and other isolated communities.

"The costs of trucking diesel fuel in are quite exorbitant," noted Terry Kimmel, vice-president of the Canadian Hydrogen and Fuel Cell Association. "So why not … use renewables and make your own energy? What you save is a lot of carbon dioxide that's going into the atmosphere."

When wind turbines are built next to large electricity transmission systems, energy storage isn't much of an issue; the grid can absorb the power immediately. But when energy supply is greater than demand on Ramea Island, storage is essential to ensure the wind power isn't wasted.

Before Canada's first wind-diesel demonstration project was constructed on the island in 2004, the community got all of its electricity from diesel generators. The small wind farm included six 65 kilowatt turbines that produced at times too much energy for the local grid to handle. Nearly 60 per cent was wasted.

Hydrogen should solve this problem.

Three larger wind turbines have been added to the island. Now when there's too much wind power, it will be used to produce hydrogen though water electrolysis. The hydrogen gas will then be stored in tanks and tapped when wind energy is not creating enough power for the community. A hydrogen converter generator will convert the stored hydrogen to electricity, producing much fewer greenhouse gas emissions than diesel.

At the moment, wind makes up about 10 per cent of Ramea's electricity supply. The new wind-hydrogen energy system is expected to reduce the village's reliance on diesel significantly – perhaps entirely.

A smattering of wind-hydrogen projects worldwide power buildings and, in some cases, environmentally friendly fuel-cell vehicles.

"It's part of a transition to a hydrogen age," Mr. Kimmel said.

Cost is a key challenge. The renewable energy project would not have gone ahead without government support. Green energy is more expensive to produce than fossil fuels.

Prince Edward Island had ambitious $10-million plans for a wind-hydrogen village in North Cape that could tie into the regional power grid. The energy was supposed to be used to light houses and fuel vehicles and a tour boat. The project was scaled back significantly after the federal government reduced funding for it, said Mark Victor, special projects co-ordinator with PEI Energy Corporation.

Today, the $3-million wind-hydrogen village is largely focused on research. Its hydrogen is used to fuel a truck for demonstrations. Still, it is an achievement for a technology in its infancy.

Wind and hydrogen are a great match, noted Harvey Silverstein, a Halifax-based hydrogen economy consultant who was an adviser for the PEI project.

"Using hydrogen, you can capture all the wind energy that's being generated and store it and then use it later or for fuel or even convert back into electricity," Mr. Silverstein said. 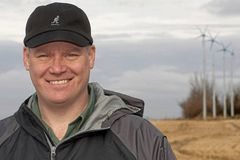 earlier
The future for wind power in Canada
May 8, 2018 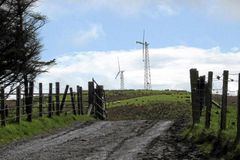 TransAlta urged to shut down wind farm during migration season
May 3, 2018