Across the country, people are experiencing increasing levels of stress. Experts say our health will suffer.

In a small, windowless room at the Louis-H. Lafontaine Hospital in Montreal this winter, 80 employees, from psychiatrists and nurses to custodians and support staff, will undergo a series of psychological tests designed to stress them out.

Before and after each test, the subjects will be asked to spit into a small plastic vial, their saliva used to detect the hormones that are released when the brain is faced with a stressful situation.

The point of the study? To see how results vary according to what jobs we do - and whether those of us with less flexibility to juggle work and family demands, with less control over our schedules, have chronically higher levels of stress.

If this is true, the researchers believe their findings will not only indicate something about what we do for a living, but about our future health - with serious side-effects for public, as well as personal, priorities. "I hope I live to see the day when we have a ribbon for stress research like we do for breast cancer," says Sonia Lupien, director of the hospital's Centre for Studies on Human Stress, which will conduct the study. "The cost of stress is amazingly high."

Across the country, people are experiencing increasing levels of stress. A poll commissioned by The Globe found that Canadians endure, on average, 14 stressful episodes a week. That might not come as a surprise to the researchers behind the latest report from the Canadian Index of Wellbeing, which recently revealed that one working person in five is experiencing high levels of "crunch time" - periods when they feel overwhelmed by overcrowded inboxes and jammed weekly schedules."We are paying a steep price for this time crunch," Roy Romanow, chair of the agency's advisory board has warned. "We're less healthy, both physically and mentally. We have less time for personal pleasures. And we're more dissatisfied with the quality of our lives."

The former Saskatchewan premier has already called for a national dialogue on public policy. Now, a growing chorus of scientists is calling for action as well.The first order of business is to reduce our stress level, something that a growing body of evidence suggests can no longer be dismissed as a psychological problem easily solved by having a deep tissue massage or spending a few days on the beach.

Chronic stress caused by taking on too much - both at home and at work - has been linked to a wide range of serious health concerns, from Alzheimer's and depression to obesity, diabetes and heart disease. In Canada, hypertension is the No. 1 reason people go to the doctor, and last year accounted for almost 20.7 million medical appointments.

The physical and psychological ailments brought about by stress are believed to be a major reason absentee rates for full-time employees have shot up 43 per cent in the past 10 years. Canadians miss far more work days for personal reasons than both their British and American counterparts. At least one think tank estimates that stress-related absences cost employers more than $10-billion a year, with an additional $14-billion impact on the health-care system.

The situation has become so serious that scientists such as Dr. Lupien want to reframe work-life balance as a public health issue. She hopes to see her saliva test become part of an annual checkup, monitored by physicians as frequently as cholesterol and blood pressure. "It's difficult to get this addressed in the doctor's office because they see stress as a yuppie thing," she says. "But this is what predicts disease."

STRESS, ON A CELLULAR LEVEL

For scientists who study work-life balance, the stress triggered by the lack of control over our lives is an evolutionary response, not a state of mind.

Any time we're in a situation beyond our control, the brain releases two hormones, cortisol and adrenalin, which allow us to engage our fight-or-flight response - without them, we would not recognize or react to danger. But when a brain is constantly stressed, confronted with a daily onslaught of overwhelming situations, it begins to pump out these hormones in excess, throwing off the body's other systems and overpowering the immune system.

Even people who believe they thrive on stress or accept it as part of their chosen profession have a physical response to it they can't control.

Research has shown that high levels of cortisol and adrenalin change the way the body stores fat, leading to higher rates of obesity, and increase its production of cholesterol and insulin, which cause heart disease and diabetes. They even change us on a cellular level, wearing away the telomeres that protect our chromosomes and causing us to age more rapidly.

These changes aren't reversed when a person decides to slow down. "Once you are a hyper-secreter of cortisol, you always will be," Dr. Lupien says.

In addition to being found in saliva, cortisol can be measured in an individual's hair, where the hormone's build up can be tracked over months. Many scientists believe these diagnostic tools can help predict, and possibly prevent, a range of serious health problems.

Consider this: Last month, two researchers at the University of Western Ontario said they have found that hair samples from men who recently suffered heart attacks showed their cortisol levels were elevated for three months before being hospitalized.

Attempts are being made around the world to uncover how health problems are triggered by the way we work.

Harvard researcher Lisa Berkman recently studied 400 employees at four nursing homes in Boston to examine the impact different types of supervisors can have.

Similarly, the renowned Whitehall Study has tracked 18,000 members of the British civil service since the 1960s, and found that employees' health varies profoundly according to how they are treated. People who have less control over their jobs and feel overextended or without support have a markedly higher incidence of obesity, higher prevalence of underlying illness, higher blood pressure and increased risk of heart disease.

"Your whole lifestyle, everything about your health, is influenced by these worries, anxieties, the lack of a support system in your job, in your life," says Bruce McEwen, a neuroscientist at New York's Rockefeller University who is considered the godfather of stress research. "This is something that has a disproportionate effect on our health-care systems and on our productivity."

The problem has become so profound that governments are starting to take notice.

Last month, the U.S. Department of Health and Human Services made stress the focus of its annual campaign to raise awareness of a vital mental-health issue.

And this month, European MPs voted to extend fully paid maternity leave to five months, as a way of easing the burden on young families.

China, meanwhile, has responded to growing concern over public health by reinstating mass calisthenic routines that were launched by Mao in 1951 but dropped in the lead up to the 2008 Olympic Games.

Lisa Raitt, the federal Minister of Labour, is currently doing cross-country public round tables on the issue of mental health and the workplace, and says work-life balance is emerging as a serious problem.

"The worst thing possible is for someone to get so unbalanced that they have to go on long-term disability or take sick days or go to work and just go through the motions," she says. "It is one of the biggest issues we have out there in the workplace."

The Public Health Agency of Canada has taken major steps to mitigate the damage of work-life conflict and stress. The Healthy Living Fund, Cardiovascular Health Awareness Program and a new national mental-health strategy, due to be completed in 2012, are all designed to combat conditions linked to stress, including high blood pressure, depression, gastroenteritis and hypertension.

But experts say that more direct action is needed.

Dr. Lupien says physicians should monitor stress and show patients how to control it, while Dr. Berkman at Harvard says the onus should be on governments to protect work-life balance just as it enforces occupational safety standards and non-smoking bylaws.

"We don't ask individuals to take sole control of those issues because we understand that they're more effectively managed at the state or federal level," she says. WHEN BIOLOGY TRUMPS AMBITION

Researchers insist there is no magic pill - the human stress response is, as McGill's Dr. Lupien points out, necessary for our survival, so it would be suicide to eliminate it.

But if we don't get our lives under control, learn to prevent our stress levels from rising, and deal with the causes of chronic stress, the hormonal cocktail released by the brain will continue to take its toll.

"People say they thrive on stress," Dr. Lupien says. "That may be true - they may enjoy it - but it doesn't mean it's not impacting you physically."

The pioneering Dr. McEwen feels the key is to realize that being too busy comes with a cost.

"People complain about how overwhelming their lives are, but they don't connect it in a biological sense with the problems they experience: eating too much, not sleeping well, not being physically active," he says. "So how do you get the attention of policy makers, business and the public?"

He suggests showing skeptics a magnetic-resonance image of two brains: one that's normal and one that belongs to someone suffering from chronic stress. In the latter, the hippocampus - the region responsible for memory formation and linked to Alzheimer's disease - will be visibly smaller.

"That might make them realize that their biological organs are paying a price. There comes a time for everybody when they have to take that seriously." 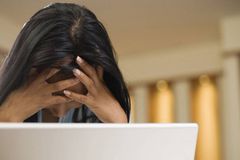 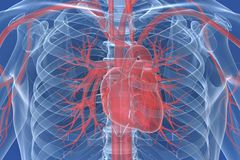 Join our Balance Challenge
October 29, 2010
Follow Siri Agrell on Twitter @SiriAgrell
Report an error
Due to technical reasons, we have temporarily removed commenting from our articles. We hope to have this fixed soon. Thank you for your patience. If you are looking to give feedback on our new site, please send it along to feedback@globeandmail.com. If you want to write a letter to the editor, please forward to letters@globeandmail.com.
Comments