A year earlier, Ms. Poon had moved from Hong Kong to Markham, a heavily immigrant suburban city on the edge of Toronto. At her Cantonese-language Protestant church she was surprised to find politics being preached from the pulpit.

A tectonic shift is reshaping Canada's political landscape. A new immigrant-friendly Conservative message and a new, more conservative immigrant are finding each other, shaking the once-ironclad bond between new Canadians and the Liberal Party. Whether the Conservatives can continue to exploit this shift, or the Liberals can arrest it, will determine the fate of the two political parties in this decade.

On a deeper level, the effectiveness of these wedge issues raises the possibility that immigration, and the importation of more traditional homeland values, is shifting Canadian attitudes.

A survey of visible minorities and immigrants done by the Canadian Election Study shows both groups tend to be more conservative than the rest of Canada on bedrock Canadian issues. Both groups, for example, are more likely to say it should be possible to pay for medical treatment and that getting an abortion should be more difficult. Visible minorities, a category that's 84 per cent immigrant, are more likely to support private hospitals, lower taxes and paying parents individually rather than funding daycare.

But it's not all tilting to the right. On most other issues in the survey, such as cutting welfare spending, opposing the death penalty, having troops in Afghanistan or spending more on defence, both immigrants and visible minority groups are to the left of the Canadian population.

Myer Siemiatycki, a politics professor at Ryerson University, said it's important to remember attitudes are constantly shifting on both sides. Immigrants are changed by the ideas they encounter in Canada, and to a lesser extent Canada is changed by the attitudes of its immigrants.

"When newcomers come to Canada they bring with them homeland values and traditions, but Canada is not a blank slate. We have a whole bunch of ways - from school to television to the law - that send signals of what the values of this society are," Prof. Siemiatycki said.

How those issues are ultimately weighed at the ballot box will have profound implications for Canada. Will we eventually re-visit same-sex marriage and abortion? Will we shrink the welfare state? Immigrant and visible minority voters may hold the key.

The Canadian Election Study reveals that, in 2008, immigrants were almost as likely to vote Conservative (33 per cent of them did) as Liberal (38 per cent). That's a drop of 17 percentage points in Liberal support between the 2000 and 2008 elections.

Although overall support for the Conservatives among immigrants remained steady over the last decade at around one voter in three, among more recent immigrants - those who are likely to be visible minorities - a switch is clearly under way.

Between 2000 and 2008 support for the Liberals among "viz mins" plummeted from 83 per cent to 49 per cent, while Conservative support climbed from 16 to 26 per cent.

The immigrant vote will only grow more important with each election, as Canada imports the equivalent of the city of Toronto every 10 years. New legislation proposed by the Conservatives would add 30 seats to the House of Commons and all the new ridings will be in urban areas and most will have large immigrant populations.

For Liberals, the erosion of their support is desperate news. The immigrant vote has been a pillar of the party's success since the Second World War. Everyone, especially immigrants, knew that Liberals wanted to let people in; Tories wanted to keep them out.

Twenty-five per cent of those arriving on Canada's shores over the last decade come from China or India. Most of them are well-educated, top-notch applicants. The Philippines and Pakistan are the third and fourth-largest source countries. These Asian and Pacific societies place more of an emphasis on family and community needs and less on individual rights. As well, many new Canadians are fleeing countries with large, bureaucratic and sometimes undemocratic governments. These immigrants are generally both economically and socially more conservative than most native-born Canadians.

They are people like Randeep Sandhu, 36, who owns a trucking business. When he came to Canada from the Indian Punjab, all politics were Liberal politics in the Sikh community of Brampton, Ont. But over time he drifted to conservatism. Same-sex marriage was, as he puts it, the final straw.

"The way we were raised, we were taught conservatism, from eating habits to spending habits," he said. "That's the thing I like about conservatism. There's less misuse of funds. It's not elaborate government where everybody gets their share to spend of the public money."

The Conservatives are in the midst of a massive identity shift from their Reform Party roots, when the party opposed multiculturalism and wanted immigration cut back. They have embraced diversity with fervour. They speak openly of their strategy to win over the immigrant vote, which was launched in an Ottawa hotel days after the 2006 election, when newly minted Prime Minister Stephen Harper gave Jason Kenney the task of courting ethnic communities.

The approach is multi-pronged. There isn't a meeting or a religious service that the legendarily energetic Mr. Kenney is too busy to attend. The Conservatives maintained the Liberals' high immigration quota - the highest in the world, on a per-capita basis - only now it was Conservative dollars supporting festivals and parades, Tory infrastructure money helping to build community centres, Tory MPs helping a new arrival bring the family here from overseas.

The Harper government issued an apology for the Chinese head tax. It apologized as well for the Komagata Maru, a shipload of Sikhs that was turned away in 1914. It made moves popular with the country's Vietnamese, Ukrainian, Polish, Korean and Macedonian communities.

More substantially, Mr. Harper visited both India and China in 2009, negotiating a nuclear energy agreement with the former and a tourism agreement with the latter, which won support in those diaspora communities. And the Conservatives have cut the backlog for those waiting to get into Canada in half.

Pollster Nik Nanos believes that the flood of new arrivals will shake one of the fundamental assumptions underlying Canadian politics.

"Most immigrants who come to Canada see Canada as a multicultural as opposed to a bicultural nation," he says. "The elephant in the room that no one wants to talk about is: Have any of the parties reconciled these competing visions of Canada as French and English and Canada as a country of many cultures?"

Reconciling multiculturalism with "reasonable accommodation" could well become the dominant political debate in years to come.

For all the success he's been having, there is one demographic shift that should keep Mr. Kenney awake at night. However economically and socially conservative new arrivals may be, their children are almost invariably more liberal.

Subir Mann, a 22-year-old student, came to Canada from The Punjab as a child. He says he supports same-sex marriage, even though his more traditional father has trouble with it.

"For me I think it's important that gay people are considered equal," he said. "Part of the reason I'm anti-Conservative is that they often mix religious issues with politics. That can be very dangerous."

And though Helen Poon is giving serious thought to voting Conservative, her 12-year-old son, a proud cadet, has a very different view.

He came home from school one day urging her not to vote Conservative, Ms. Poon said.

"He picks up social issues very quickly," she added. "He hates Harper. I think they must have discussions about it at school."

Drawing the line on diversity
October 1, 2010 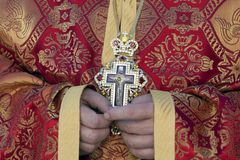 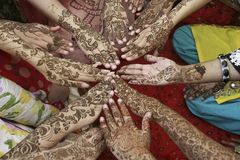 Multiculturalism: Tell us what you think
October 1, 2010 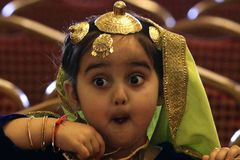 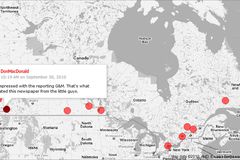 Follow John Ibbitson and Joe Friesen on Twitter @JohnIbbitson @FriesenJoe
Report an error
Due to technical reasons, we have temporarily removed commenting from our articles. We hope to have this fixed soon. Thank you for your patience. If you are looking to give feedback on our new site, please send it along to feedback@globeandmail.com. If you want to write a letter to the editor, please forward to letters@globeandmail.com.
Comments