A new study says male elementary teachers live in a steady state of anxiety, with 13 per cent reporting they had been wrongly accused of inappropriate contact with students. Part 2 of a six-part series.

The male elementary teacher is the spotted owl of the education system, the leatherback turtle, the Beluga.

His presence is so endangered that in many public schools his numbers can be counted on a single hand. In some schools, it requires no hands at all.

"It is now possible for a child in Canada to go through elementary school and high school and never see a male at the front of the class," says Jon Bradley, an associate professor of education at McGill University, where men make up just five per cent of the elementary teachers in training.

The trend isn't new. Men have been the clear minority in primary teaching since the days of the one-room school house. But with their numbers dwindling to less than 20 per cent nationally, fixing the imbalance has taken on a certain urgency and there's already been talk of affirmative action. Of all the theories offered to explain why boys trail girls in academics, the lack of male role models tends to lead the pack.

Boys increasingly grow up without fathers at home, male high school teachers have slipped into the minority, and at the primary level, where children gain their first impressions of schooling, the numbers look bleaker by the year. "They're getting the bias, unintentionally, that school is a girl thing," says Mike Parr, an assistant professor of education at Nipissing University in North Bay, Ont. "They don't see teaching or reading, or even learning, as a guy thing."

Yet the barriers that keep men from teaching are tough to tear down. Several countries have crafted programs to recruit more men and, for the most part, have failed.

If they're not turned off by the prospect of being the only man using the unisex bathroom, or the lone male at the lunch table, men, several studies suggest, see the profession as a nurturing, feminine domain, underpaid, over-worked, low in social status and - for a male - stigmatized.

The most troubling deterrent men cite is the fear that society - for historical reasons - is suspicious of a man who enjoys working with young children. And a new study from Nipissing, where researchers have delved into the male-teacher shortage, suggests the fear is warranted.

In a recent survey of 223 male elementary teachers in Ontario, nearly 13 per cent reported they had been wrongly accused of inappropriate contact with pupils.

The study, to be published in the McGill Journal of Education, found the incidents ranged from a male teacher chastised for holding the hand of a female student to more serious accusations that took weeks to resolve.

"[It was]very, very stressful," one male teacher wrote, "Why bother! It makes you think you should just do the job as described and forget about being HUMAN!"

While the sample size is small, and contains no comparison of allegations female teachers face, the study, partly funded by the Elementary Teachers Federation of Ontario, suggests male teachers work in a steady state of anxiety.

"I live life on the edge every day I step into the classroom. All it takes is one parent or fellow teacher to perceive that the line between nurturing and pedophil(ia) is blurry and I am a dead duck!"

Prof. Parr, and co-author Douglas Gosse, write in the paper that the results show a balance must be found to keep student safety paramount and still allow male teachers to feel comfortable doing their jobs.

"We have to erase the social stigma," says Prof. Parr.

A marketing campaign, similar to billboards used to attract women to apprenticeship programs, he says, could help this with images of men working with young children, so society can see men that way, and men can see themselves that way.

Boys, he believes, need male role models in school more than ever, when the modern world sends mixed messages of what it means to be male - "A sissy is still a sissy - we want boys to grow up nurturing, sensitive, and understanding…[and]they get bullied...it's not cool to be smart."

Rosemary Tannock, a psychologist at Toronto's Hospital for Sick Children, doesn't buy the idea of school boys in crisis. She doesn't believe their poor performance reflects a feminized education system but suggests that current testing methods are not an accurate way to gauge how well boys are learning.

While she thinks that having more male teachers would be valuable for girls and boys, she says that "gender makes no difference [to academic performance]- it's the quality of the teaching."

Indeed, most studies have found male teachers have no impact on boys' academic performance or their school-related problems - that peers are the dominant influence. What's more, a "feminist critique" published in the Journal of Education Policy last year argued that women have taught boys well for decades, and only now that girls are outperforming boys do people suspect young males suffer under female teachers.

Prof. Parr agrees there's no proof male teachers will boost boys academic performance. But he says that studies to date have not been long term, and that history shows it worked for girls.

When calls came for more female role models in math, science, law and medicine, he says, it contributed "to increases in aspirations of girls overall and to their increasing presence in medical school and law school."

"Why does this same logic not apply to men serving as models for boys [and girls]in the younger grades?"

Having trained elementary teachers at McGill for 25 years, and seeing "the vast majority" of former male graduates eventually leave teaching, Prof. Bradley believes it's time to move beyond billboards.

"We need to get fairly draconian," he says, and use affirmative action to ensure that 20 per cent of teachers at every school are male.

When most of the teachers, elementary school principals, and support staff are women and "the token male on staff tends to teach phys ed," he says, the entire system has an intrinsic bias against boys.

"Females are making the decisions, they're choosing the books, and setting up the class." Which is why he believes that the early grades focus too heavily on sitting still, and stress co-operation over competition.

A few years ago, he tried to launch a network of male elementary teachers, but couldn't drum up enough support - "Probably," he says, "because most teachers are female." 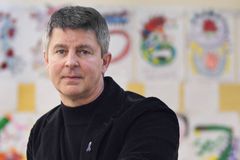 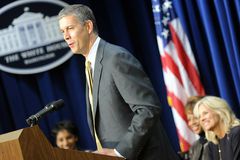 earlier
Live chat Monday: Failing boys and why we should care
October 15, 2010 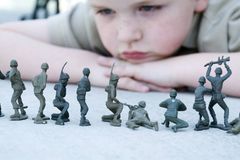