For Grade 12 students preparing university or college applications, getting into the right school is the only goal. Few 17-year-olds have thought much about how they will manage the demands of postsecondary courses, or about dropout rates that show one in seven students won't finish their studies.

But what if schools could pinpoint which students were most likely to run into trouble and offer them extra support before their experiences turned sour?

At the University of Ottawa, researcher Ross Finnie has been experimenting with a custom-tailored, low-cost statistical model that can identify the students most likely to abandon their studies and offer them help as soon as possible.

"This could turn around a lot of lives," said Dr. Finnie, an economist who studies postsecondary education. "I think the institutions agree they have to be more proactive."

While all schools want to boast about high graduation rates, they also spend heavily on attracting and orienting students – a lost investment if their charges don't persevere. Governments are pressing institutions to improve student retention as a way of creating a more educated work force, with Ontario's government pledging to raise the percentage of Ontarians with a postsecondary credential to 70 per cent.

Dr. Finnie and research associate Stephen Childs used simple data schools already have to predict which students will be at risk and tested it using an anonymous cohort of students from UOttawa, where graduation rates range from 63 to 99 per cent across various programs. Scrutinizing basic background factors such as whether a student is male and from out of town, they accurately identified 30 per cent of dropouts; tabulating high school marks zeroed in on 35 per cent; and adding first-term marks from university or college correctly tagged 45 per cent of students who left early.

Combining these factors makes the prediction more accurate, and adding answers from a survey asking questions such as "How are you doing?" and "Is your program a good fit for you?" could make the model even stronger.

The first school to pilot Dr. Finnie's model is Hamilton's Mohawk College, where more than a quarter of students drop out before their second year. The school plans to use Dr. Finnie's predictions to identify incoming students as either college ready, under-prepared or at risk, and approach them with customized levels of support.

"Our intention is to meet with students … before the start of school," said Wayne Poirier, Mohawk's vice-president, student services.

The biggest challenge for Dr. Finnie's early detection approach may be the sensitive task of approaching students before they fall behind.

"You have to be very careful … not to get the student into a mode where they think they're likely to fail," he said.

"I wasn't really managing my time wisely," she said, and her marks suffered – so much so she was academically dismissed after her first year. She was re-admitted on probation after appealing, and quickly signed on for the university's Back on Track program, which offers one-on-one academic advice and workshops in areas such as study skills.

Dalhousie invites students with average marks below 60 per cent to Back on Track with an e-mail at the start of each term, but the school's advisers have to wait for students to register low grades. And last fall, only 32 of 343 students contacted accepted the offer.

Some schools are trying their own experiments. The University of Guelph telephones students for informal checkups, and invites first-year students whose marks lag to Bounce Back, a voluntary mentoring program. Those who joined were 10 per cent more likely to stay in school and increased their grade point averages 5 per cent in the following semester, while those who didn't saw little improvement.

"We are trying to do more early intervention," said provost Maureen Mancuso, "but the bottom line is the students have to want to take us up on the offer."

What if math and psychology came together in the classroom?
October 5, 2012 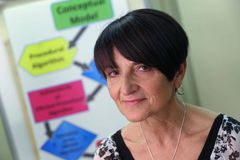 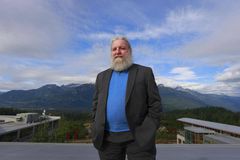 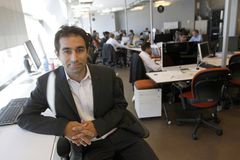 What if you could receive university credit for what you already know
October 5, 2012 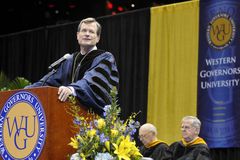 What if anyone around the world could learn from the best instructors, for free?
October 5, 2012 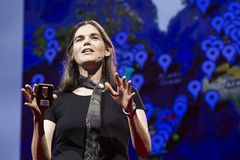 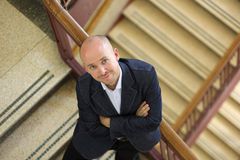