Hands off my summer vacation. While there are many other sticking points in the debate about the benefits of year-round schooling, nothing raises more emotional ire than a perceived threat to the sanctity of summer.

The calendar in most year-round schools starts in the beginning of August, effectively chopping the summer vacation in half. It then redistributes those vacation days throughout the rest of the year. In a country that longs for those first rays of summer sunshine and an end to all that snow, it's not a frivolous concern. Let's take a look at the top reasons to leave kids' summers at full strength.

Summer feels short enough as it is

"When you live in Vancouver, you live for the summer and I plan to enjoy every possible minute of sun we get!" said mother of two, Ann Gallery. Her sons' school just rejected a motion to become a year-round school.

It's a common sentiment.

"So much of who we are lies in summer memories from childhood," said Becs Hoskins, the Victoria-based executive director of the Child and Nature Alliance of Canada, a non-profit group that aims to stem the decline in kids' contact with nature. "Most adults could look back and say, 'When did I connect with nature?' In Canada, that happens in the summer months."

Like many in the field, her group's focus is on the kind of "immersive" experiences summer offers: spending entire days outside on the grass, exploring and being at one with the natural world.

Summer vacation is "an antidote to the structured lives so many kids are leading now in the school year."

There's a health argument embedded here, too. Advocates say more active outdoor time can address increasing rates of childhood obesity. There are the mental and development health implications of what researchers have dubbed the "nature deficit disorder."

Spending time outdoors in green space has been found to improve the performance of children with ADHD, for instance.

So, many parents are willing to balance those benefits with the theories about how a shorter summer could be better for learning.

"I know the knowledge base slips during the summer, but school shouldn't be everything in a child's life," said Ms. Gallery. "Summer is when my boys get to slow down, do the things they enjoy, see the people they love and figure out how to amuse themselves when they do get bored. It also gives them some perspective on the last school year so they can hopefully enter a new grade with fresh ideas."

Summer camp is a Canadian tradition. In Ontario alone, more than 250,000 children attend day or summer camp. And while those in the summer-camp industry acknowledge that their businesses could take a hit if the year-round school calendar were adopted widely, they make the case that it's also an experience worth preserving.

Heather Heagle, the Toronto-based executive director of Ontario Camps Association, said adventures away from home can create experiences ranging from cozy campfire circles to working as a team to clean up your cabin.

"The learning process with camp is equal to school. Even though it's a short period of time, it's a period of time where children are away normally from TV, video screens, from all modes of distraction," she said. "Camp is not just about having fun - although that's the bottom line for us - it's about learning about yourself."

While there are few studies that prove the benefits of a summer vacation, researcher Ken McCleary at Virginia Polytechnic Institute and State University did examine the positive and negative impacts of year-round schooling on family vacations.

Among his findings, released this month: Families found it easier to decide on when to go on vacation before year-round schooling was implemented. Many families moved their major travel to the fall break rather than the summer. And since many extracurricular sports continue through the shorter breaks during the year, this caused problems in vacation planning.

For Vancouver mother Ms. Gallery, it sounds like a headache.

"As a working mom, I have my summers down to a science. If I needed to cover off longer breaks throughout the fall and spring, that would be much harder for my family to manage."

It's not a lofty philosophical point, but a crucial practical one: most schools do not have air-conditioning. And while some teachers take care to think up outdoor activities, Augusts in Canada are downright steamy.

In fact, historically, the summer heat - and not rural agricultural practices, as many of us think - was a key factor behind the extended summer vacations students now enjoy.

A student's ability to learn in a hot classroom remains one of the key obstacles for any year-round school to overcome, educational researcher Robert Brown of the Toronto District School Board wrote in a 2008 report.

Parachute parents might appreciate the shorter holiday, because they will just lock there kid into some sort of overly structured and expensive daycare anyways. But the reality is kids need time to be kids, to explore for themselves, to discover things with friends to develop those friendships. During winter and march break they will be cooped up in the house, or on a family vacation, but the summer is the kids time alone to have fun and be a kid. Don't take that away.

There are some issues here particular to Canada. I have great difficulty getting my children to bed on time when it's light out until 10 at night! It's hard to concentrate in school on beautiful days when you want to be outside. And a shorter summer break would mean that all parents would be trying to take vacation at the same time. This would drive up prices for that period and would mean many families would have no vacation together. Are we programming machines or raising children?

Year-round school would essentially crush any hopes of those kids that have to WORK in the summer to make money for post-secondary education. Not everyone has their tuition offered up on a silver platter. Many have to earn the money through summer jobs.

Under the year-round system, all you end up doing is penalizing these kids, forcing them to work more hours during the school year to make up for the lost income during the summer.

I'm not sure if anyone else has posted on this, but speaking as someone who runs an organization that has a summer day camp, moving to a year-round school system with shorter breaks would pretty much destroy the summer camp industry and make it more difficult for those university students whose summer jobs are in child-care and child-focussed sectors to find other work.

Not to mention that if these numerous shorter breaks didn't line up with the university or college calendar, it would be difficult for the organizations that run programs during these breaks to find adequate staff, since most of these organizations use university and college students as their staff.

There are a lot of other factors to be considered here besides the obvious ones, especially if the overall benefit ends up being negligible.

The schools are not built for summer use. I can remember how hot and stuffy the classrooms were throughout June and how difficult it was to learn under those circumstances. Kids need summers. Parents do too. It is the one thing that forces them to vacation as a family.

My mother was a teacher for 35 years and she could attest to the accuracy of this article. She would have to spend weeks in September going over everything the students had forgotten over the summer, and for the slower students it took even longer. The main challenge to year long school is the lack of air conditioning in most schools. Even in June the schools can get oppressively hot, and trying to get the students to focus on their work is next to impossible. As older schools get torn down and new schools built, year long schooling will start to become more realistic. 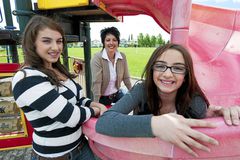 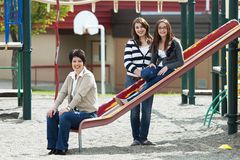 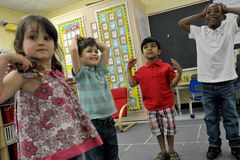