Karl Subban knows the cost of being a hockey parent in Canada.

The patriarch of one of Canada's most successful hockey families – his boys P.K., Malcolm and Jordan have all been drafted by NHL teams – he and his wife paid $5,000 each in one year just to register them in minor hockey in the Greater Toronto Hockey League (GTHL).

"And that's not including equipment and what not," Mr. Subban says. "It was very expensive. But you make sacrifices. That's what we did."

It's widely known that Canada's national winter sport is expensive to play. But various factors have conspired over the last 10 to 15 years to make minor hockey dramatically more expensive, pricing out many middle-class families. These days, more and more of the players that go on to play major junior, college and, ultimately, pro hockey are from wealthy backgrounds.

It's a development that threatens the sport's blue-collar roots, including the idea that the next Gordie Howe or Wayne Gretzky will come from backgrounds as modest as theirs were. Players of modest means in this generation must beat out peers who are often better trained and have spent many more hours on the ice, thanks to wealthy parents.

"The game has changed in this respect: It used to be that you had a right to play," long-time GTHL president John Gardner says. "Now it's can you afford to pay."

While there are still many examples of players of limited means who beat the odds and make the NHL, a sport that was once a true meritocracy is increasingly one where money talks, and a case study of how income inequality affects Canadians.

According to a confidential survey commissioned by Hockey Canada last year and obtained by The Globe and Mail, the 1,300 parents surveyed had an average household income roughly 15 per cent higher than the national median. The majority listed their occupation as a "professional, owner, executive or manager," a reflection of hockey's new white-collar base.

"If you're doing eight, nine, 10 years of Triple A hockey from novice up, you're talking eight to 10 grand, minimum," says Jim Parcels, a long-time minor hockey coach and administrator who is the co-author of Selling the Dream: How Hockey Parents and Their Kids Are Paying the Price for Our National Obsession. "You do that for 10 years, that's almost $100,000. That's because it's six, sometimes seven days a week commitments."

Mr. Parcels recalls coaching teams of 14- and 15-year-olds through NHL-calibre seasons, where they would travel around the province and play 80-plus games between September and March. Every additional game added to the already considerable cost, but parents often wanted more chances for their kids to compete, not fewer.

"I was absolutely embarrassed I was part of a staff that did that," Mr. Parcels says. "And we weren't the only ones. Everybody did it."

The highest levels of minor hockey aren't the only ones that have become prohibitively expensive, however. According to the survey by Hockey Canada, the average hockey parent spent just shy of $3,000 on minor hockey in the 2011-12 season alone.

Those costs included $1,200 for registration and ice time, $900 for travel and accommodations and more than $600 for skates and other equipment. The expenses were also considerably higher as players got older, with parents paying roughly double – or about $3,700 a season – for children between the age of 11 and 17.

Among the parents surveyed by Hockey Canada whose children had recently stopped playing hockey, 46 per cent said lower costs would make them "much more likely" or "somewhat more likely" to resume playing. (Add the increased costs to changing demographics and concerns about concussions, and enrolment in hockey across the country has been down or flat, with only one in 10 Canadians between the age of 5 and 19 now playing, according to Hockey Canada.)

One of the biggest reasons for hockey's spiralling costs is the rise in the price of ice time. Municipal facilities have become overburdened in many parts of the country. Private arenas have begun offering more and more of the available ice time, often at a much higher cost. What used to cost a minor hockey team $50 an hour can now be upwards of seven times that.

Another factor is the enormous rise in the importance of rep or "travel" hockey teams: elite teams that draw on the best minor hockey players at each level to compete against teams from other towns or neighbourhoods. The travel costs and additional fees can add up quickly, but it's often kids on these elite teams that get noticed by scouts and drafted into the Canadian Hockey League, the NHL's primary feeder system in this country.

Then there is the emergence of so-called hockey academies – private boarding schools where parents pay $40,000 a season for their teens to incorporate hockey into their high-school education, all in a bid to improve their skills so they can compete in elite leagues and catch the eye of scouts. Add to that what some parents are now paying for skills-development programs and off-season training, and the cost can become mind-boggling.

"It's getting totally out of control," says Derek Popke, who deals with overzealous parents dreaming of their children making the NHL as the president of Vancouver Hockey School. "It's a crazy world. It's professionalized. And I think this really has to come to people's attention that it has to be dialled back. Everything."

Beyond the financial picture, playing minor hockey at the elite level has other bizarre implications, many of which only involve the super-rich. There are stories of parents moving into different neighbourhoods – or even legally separating from their partner in order to have two addresses – in order to allow their children to play on higher-profile teams.

"It's an ego thing for parents," says Mr. Parcels. "Their kids couldn't care less, but it becomes a status symbol."

Some of the solutions to the problems plaguing high-level minor hockey are novel. Mr. Parcels points to Thunder Bay, Ont., where the city's remote location makes travel hockey difficult. Hockey officials there devised a system where top players compete against older teams in the area in order to get an appropriate challenge.

With no need to travel for games and tournaments, the costs are more manageable. Thunder Bay has produced an impressive number of pro players despite its modest population.

Other ideas are more obvious, such as Mr. Gardner's call for governments at all levels to better subsidize arenas and ice time as a way to promote kids being active.

"If you don't invest in youth, if you don't plant the seeds, the tree isn't going to grow," says the GTHL president. "I mean, this is insane. How in the heck can you get kids involved in hockey with those kinds of costs? Especially people that are new to the country. When they find out how much it's going to cost, they get very nervous."

The Subban family has taken its own approach to the issue. Partnering with a corporate sponsor, they helped create the Hyundai Hockey Helpers program, which provides grants of up to $1,000 to children who can't afford to play hockey.

P.K. Subban, the charismatic, 24-year-old star with the Montreal Canadiens, has become the face of the campaign, appearing in television commercials that have played during Hockey Night in Canada.

The program's first year helped 1,880 children get onto the ice last season, something that was important to Karl Subban, who immigrated to Sudbury from Jamaica when he was 11 and couldn't afford to play organized hockey.

He and his wife, Maria, were ultimately able to give their children that opportunity thanks to two successful careers, but he knows from experience that many will not get that chance without some help.

"Many of us afforded it with difficulty," says Mr. Subban, who recently retired after 30 years as a principal and teacher, at times in some of Toronto's poorest neighbourhoods. "Many people are making sacrifices, and I don't remember many parents not complaining about the cost. 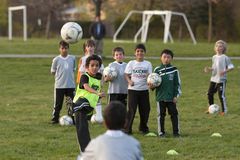 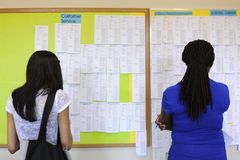 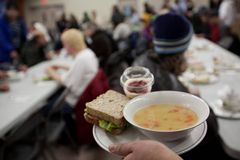 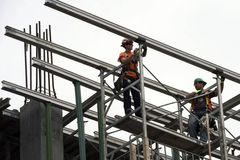