They grow their own vegetables. They raise backyard chickens. They bypass the supermarkets to buy groceries from farmers they know.

They are global food dropouts, and they don't trust the conventional food system's impact on the environment, their health, animal welfare and flavour.

But even those dedicated to eating locally and organically admit that escaping the global food system can be tricky.

Lesson 1: Be aware of your choices

Even if you can't afford to buy local, free-range and organic, and don't have the resources to grow your own, the first step is to simply be mindful of the consequences of your food choices, says Jes Goulet of Cobble Hill, B.C.

Ms. Goulet grows much of her own fruits and vegetables, raises hens for eggs and buys her other groceries from an organic delivery service. She recognizes not everyone has the time, yard space, inclination and ability to do the same.

But, she says, it starts with "sitting down and in your head evaluating, 'Okay, these are the different sources for this particular food? Which one of these is ideal? Can I afford it?'… and trying to get the best you can with what you've got."

That often requires making sacrifices. Ms. Goulet estimates she spends $200 a month on organic milk alone for her family of four, but has cut costs in other areas to keep her total grocery bills to about $400 a month. Even though it's less expensive to buy organic milk in plastic jugs, she's willing to pay more for the stuff that comes in glass bottles, since she prefers the taste and the bottles can be reused instead of recycled.

Ms. Goulet says she was raised on homegrown food, but since having children of her own, now aged 5 and 8, she's had a greater interest in where her food comes from.

"It no longer is about, 'What am I putting in me?' " she says. "I can make bad choices all I want, but I wanted them to have the best start."

If you were to analyze the lifecycle of every grocery item you bought, you'd be paralyzed whenever you went shopping, says Liz Gaige, the Vancouver resident behind the website LocalDelicious.com.

"You don't have to change your whole diet," she says. "But if you just shifted 5 per cent of your grocery budget into eating more locally, eating more healthfully and … thinking about where your stuff's coming from, it has this huge impact."

Ms. Gaige says she's always had an interest in "the artisan approach to stuff," and has been buying her food at farmers markets long before it was popular to do so. She believes in supporting small, local businesses as a way of strengthening the local economy and building community ties.

But it doesn't matter what your motivations are for dropping out, she says; every step has greater consequences. If you start buying organic meat, for instance, simply because you want a better-tasting option, that decision may also be better for the environment and more humane, she says. And once you start examining one aspect of your food, it becomes natural to scrutinize other parts of your diet. For example, if you consider buying organic, free-range eggs, you may soon find yourself buying organic, free-range chicken and other meats too.

"I never expected to be like a tree-hugger, but I kind of am just because of these small, incremental steps that I take," Ms. Gaige says, noting that she grows some vegetables in her yard, and buys non-medicated meat and organic produce.

"I'm not going to agonize and spend my life freaking out about every food decision, but it's about, on a greater consciousness, 'Okay, what am I trying to accomplish here?' "

Lesson 3: Plan how you'll feed yourself over the long term

When food doesn't come in packages and isn't shipped from other parts of the world, it isn't fast. But with some planning, it's possible to eat local, organic and ethically raised food year-round, says freelance writer Melanie Epp of Guelph, Ont., who writes the blog 100 Mile Mel, Amateur Locavore.

To eat more healthfully, she began buying locally grown fruits and vegetables about two years ago, after reading that imported produce is less nutritious when it's picked before its prime.

But Ms. Epp admits her path to healthier eating has taken some trial and error. Once, she says, she and her partner drove 30 kilometres to a farm to buy local berries, only to discover they had been sprayed with chemical pesticides. Not only did ingesting pesticides conflict with her intentions, she says, "we were like the carbon Bigfoot because we were driving 30 kilometres to get berries that we could pick up at the grocery store."

A much smarter idea, she says, was to plan out how much food she required over a longer term. She found a nearby farm that raises cows, chickens and pigs ethically, where she buys a family-sized package of meat that lasts her most of the year. She also grows all kinds of organic produce in her garden, which she preserves by canning and freezing. She freezes big batches of homegrown vegetable soup in yogurt containers for quick and easy meals throughout the winter.

Sure, growing and carefully sourcing your food takes time, she says. "But you have time for things that matter."

Lesson 4: Collaborate with others

Whether you're gardening, harvesting or preserving your own food, it's more efficient - and more fun - to do it with friends, says Lorraine Johnson, Toronto author of City Farmer: Adventures in Urban Food Growing, who has farmed multiple gardens around her city.

If you don't have much outdoor space of your own, you could join a community garden or collaborate with friends and neighbours who do, she says. Participating in shared fruit picking, and holding canning and pickling parties, also make feeding yourself a social affair and helps distribute the cost and workload, she says.

"On every score, it makes so much sense. You run into a problem? You have five heads figuring it out. You're lugging around a bushel of tomatoes? Your friends can help carry."

For Ms. Johnson, becoming a global food dropout was initially a matter of seeking flavour. But over the years, she's also developed a distaste for conventional food production practices, and is especially concerned about the mistreatment of livestock.

Ms. Johnson emphasizes, however, it's important to recognize it's a luxury to be able to refuse to eat certain foods.

"The system itself has to be changed," she says, "so that everyone is able to make those choices."

earlier
How to be a locavore in the modern world
November 19, 2010
What's on your plate? Canada lags in tracing food for safety and profit
November 22, 2010
Canada's transgenic Enviropig is stuck in a genetic modification poke
November 25, 2010 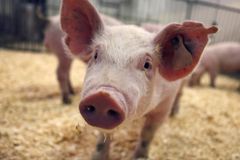 The hunger for more ambition in Canadian agriculture
November 26, 2010 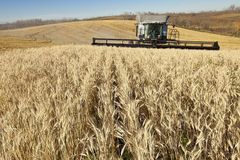 Where does this food come from? The HarvestMark knows
November 21, 2010 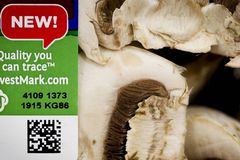