Most Canadians think they know how to run the CBC better than its current management: ditch Jeopardy, ditch Rick Mercer, ditch ads, ditch NHL hockey, ditch the $1-billion federal grant. However, many of the popular criticisms and suggestions lack realistic context. As the CBC prepares for a 75-day countdown to its 75th birthday on Nov. 2, here are four much-discussed strategies for the CBC, showing what is possible and what isn't.

Can we privatize the CBC?

The call for privatization pops up all over the place; recently, the CBC raised the issue itself, publishing a consultant's report showing that it has a $3.7-billion economic impact every year, while a privatized version without the parliamentary grant would produce only $1.1-billion in economic activity.

Yet it is hard to understand what is really meant by a privatized CBC. There is no business model for the CBC's radio services, which are wholly non-commercial, and only a weak one for CBC's television schedules, which raise between 40 and 50 per cent of their budgets from advertising, leaving public subsidy to cover much of the rest. A privatized broadcaster might be expected to abandon its public-service mandate and its original content in favour of cheaper U.S. imports. That would leave it to compete with CTV, Global and CITY-TV in an era where network television is increasingly unprofitable. Is there really any need or any room in Canada for a fourth player scrabbling over American hits it can simulcast?

"I participated as a lawyer in the privatization of Air Canada," recalls CBC president Hubert Lacroix, who has also taught mergers and acquisitions at the Université de Montréal's law school. "There was a model there. I think you would be hard pressed to find a model for privatizing the CBC."

The flip side of the privatized CBC is a completely non-commercial CBC. Some critics of subsidy suggest the CBC should vacate any area that a commercial broadcaster could be counted on to cover (NHL games, for example or local newscasts in large cities) and leave the ad revenue to the privates, while critics of populist CBC programming also want it to rely less on ads. While CBC's radio services have a distinctive non-commercial voice, TV is a lot more expensive to produce: Any plan that scrapped ads altogether without increasing the government grant would greatly reduce the CBC's programming reach.

This skinny version of the broadcaster is sometimes referred to as PBS North – either as a slur on a more limited public broadcaster or as a vision of high-minded programming. Many Canadians appreciate the American public broadcaster, whether for its programs, the small amount it costs the American taxpayer or both, and wonder why the CBC can't copy that model.

The truth is the markets are so different it is hard to make comparisons. PBS mainly fills in the few blanks in the most successful commercial television market in the world, offering an alternative national newscast, children's programming and many documentaries, but it produces no local news and its scripted shows are either foreign imports or occasionally co-productions set in Europe. Apparently the only kind of drama the American marketplace can't produce is British drama.

PBS also depends on corporate and philanthropic donations that would not be available on the same scale in Canada, and on viewers' contributions, which can leave a public broadcaster programming only for its pledge group. The PBS North model is one that would definitely produce much less Canadian programming and would risk creating a CBC that was irrelevant to all but a tiny minority of Canadians.

Why can't the CBC be more like the BBC?

Part of the problem with status quo at the CBC is that it is trying to be the BBC – on one-fifth of the budget.

The ad-free British public broadcaster, funded by a TV licence fee paid by every British household, is one of the biggest media brands in the world. Besides its international reputation for news, documentaries and quality drama, it offers Britons a huge range of services and styles from reporting on the latest developments in Iraq and Egypt to the delights of the mother-and-daughter beauty contest Hotter Than My Daughter.

Although the CBC has a fraction of the money, has to serve a much larger geographic area and has to operate bilingually, it currently functions on a similar model, attempting to appeal to a wide range of interests and tastes in both languages. In short, the CBC is chronically underfunded and over-mandated: Canadians want it to do everything and please everybody, but would rather not pay for it. Today, the pressure on that generalist model is only intensifying as the Internet fragments minority audiences into micro ones, while all networks struggle to produce the big numbers that once underwrote big-budget programming.

The CBC's recent, successful quests for ratings reflect a financial need for ad revenue, a political need to produce numbers than impress governments, and a philosophical belief that a public broadcaster can't justify itself as a minority taste. And yet, in a wireless age, the opportunities may lie elsewhere.

What could the CBC be?

The CBC needs increasingly to become portal Canada, the leading source of Canadian programming on the Internet and across multiple platforms, functioning as producer, curator and aggregator.

Ratings are one measure with which a public broadcaster can judge the public's engagement with its shows, but in Canada they risk branding Canadian programming as inherently inferior. Bigger budget U.S. network shows operate from a privileged position here, because they benefit from marketing that spills over from the U.S. and appear twice on the dial when they are simulcast on Canadian commercial channels, and inevitably draw higher ratings.

But do we care if Being Erica gets clobbered by U.S. dramas if the Canadian show is selling like hot cakes on iTunes?

The fragmented world of Internet TV, on-demand viewing and mobile platforms offers the CBC an age in which Canadian is a brand, a niche, an opportunity, rather than an also-ran. For example, nobody expects the CBC's all-Canadian online radio service Radio 3 to assemble the same number of listeners as its terrestrial services, Radio 1 and Radio 2, yet its achievement in positioning the CBC as a key source of indie music makes the public broadcaster's offerings distinctive and attracts the younger audiences that are needed to keep the CBC relevant.

Similarly, Canada's mixed broadcasting system generally does a poor job of providing multicultural content, let alone cross-cultural dialogue, an area where the CBC could act as an important online aggregator.

While the CBC still needs the big-tent hits to justify government spending, the key role it will play in the future is as a route into Canadian digital content that will seep into audiences' lives across multiple media rather than uniting them around a single show – let alone a single image of Canada.

The Happy Gang revisited: charting the future of the CBC
August 14, 2011 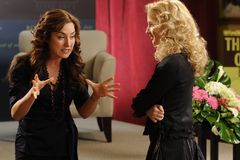 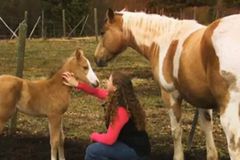