Janet De Silva is at the centre of an education transformation. The dean for the Hong Kong campus of one of Canada's top business schools has a bird's-eye view of a bustling city that everyday welcomes more of the fiercest competitors her university faces.

From her modest classrooms tucked in a convention centre, Ms. De Silva, dean of Ivey Asia, a branch campus of the University of Western Ontario's Richard Ivey School of Business, is battling the likes of Columbia, Harvard and the London Business School for student enrolment and revenue.

"A lot of people are out here in a very, very serious way. It's a challenge as a Canadian educational institution," Ms. De Silva says. "The minute you go into Asia, a very brand-conscious market, they simply believe schools out of the U.K. and U.S. are best, and Canada just isn't as visible as an education brand."

When the Ivey branch was established in 1998, it was the first North American business school to set up a permanent campus in China. Since then, a growing number of universities have established centres abroad: The leaders of the pack, like New York University and Duke, have been described as "multinational universities," institutions whose thirst for expansion into new markets is akin to that of global corporations.

For Canada, observers say, the new reality in education has been much too late to sink in – the country might as well wave a white flag. The problem lies in a risk-averse way of thinking that has led us to having only 2 per cent of international branch campuses. In the 21st-century education climate, where universities compete for students and name recognition globally, it's not only about bringing students to your home, but also about building standalone campuses in their homes.

The emerging Asian and oil powerhouses in the Middle East, when not creating their own institutions, are courting Ivy League names for their corner of the world, by providing space and, in some cases, money. Meanwhile, a federal advisory panel released a report in August that recommended Canada double its number of international students by 2022, a worthy goal, but one that, critics say, misses the true international challenges.

Canadian universities have only considered the prospect of expanding abroad as public funding declines, said Alex Usher, president of the consulting firm Higher Education Strategy Associates. "Now that we are getting a little bit hungry," said Mr. Usher, "we shouldn't turn around and be surprised that our institutions are not good at this."

Branch campuses are not without risks; some have tried and failed. After just one semester, for example, the University of New South Wales in Singapore closed its doors in 2007 after enrolments fell short of targets. And York University's plan to open up a business school in Hyderabad, India, has been a regulatory nightmare because the Indian parliament has yet to pass an act that would permit foreign higher education entities to operate facilities in the country. But government money to universities is dwindling and there is a need to raise capital from new sources, said Lorna Jean Edmonds, executive adviser for research planning and development at the University of Ottawa.

"I think the era of universities being concerned about their future is here," said Dr. Edmonds, who has written extensively about the internationalization of higher education. Public accountability for university funds means that institutions are reluctant to explore new ventures. The result has been that while the term "branch campus" is just entering the vocabulary of Canadian institutions, the big names have moved several steps ahead.

New York University is in many ways a model in establishing what Australian researchers last month described as a multinational university. "These universities want to execute their research and teaching all around the globe, leveraging new sources of academic talent, new sources of financial support, and new student markets much as multinational corporations," write Sean Gallagher and Geoffrey Garrett of the University of Sydney in a report that focuses on how universities are competing with each other in the global marketplace.

NYU has established 16 study sites on six continents that president John Sexton likes to refer to as an "organic circulatory system." Students enter through three portals – NYU in Washington Square, NYU Abu Dhabi (financed by the country itself) and NYU Shanghai – and can circulate among all 16 sites.

The globalization of NYU has tremendous benefits: A decade ago, 2 per cent of the entering undergraduate class held a foreign passport; today, close to 20 per cent do. "As we've become global, the interest in NYU has developed among this high-talent group," Dr. Sexton says. "Our motive has not been to do this because there was money to be made. We see it very much as an academic move."

Still, Karen McBride, president of the Canadian Bureau for International Education, a non-profit group that helps Canadian schools market themselves internationally, argues that branch campuses should not be the predominant method of internationalizing Canadian institutions. Some institutions have entered into partnerships or exchange programs with schools in emerging economies, while others have shipped their curriculum abroad to other universities, a low-revenue, but also low-risk venture.

"It's not about racing to be more present in other countries. It's about having high-quality sustainable delivery of Canadian programs abroad," Ms. McBride said.

Ms. De Silva says that being in Hong Kong gives students and faculty international exposure. "But it's a lot of heavy lifting because of the brand issues that we have to overcome by people who don't know us."

Community colleges find their weaknesses are also their strengths
October 15, 2012 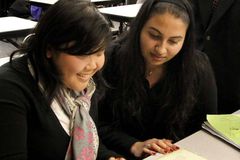 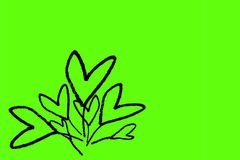 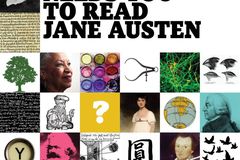