The case that became a catalyst for Canada's national inquiry on missing and murdered Indigenous women and girls ended in an acquittal in Winnipeg on Thursday.

For a second, silence filled the ornate, marble courtroom in Winnipeg's downtown law courts building after Raymond Cormier was found not guilty of second-degree murder in the death of 15-year-old Tina Fontaine, who was found dead in Winnipeg's Red River in August, 2014.

Then Thelma Favel, Tina's great aunt, who raised her from the age of three, began quietly sobbing.

From the archives: Fontaine anniversary a reminder trauma begets trauma

Arm in arm, the First Nations leaders in the room, including Kevin Hart, Manitoba regional chief of the Assembly of First Nations, and Arlen Dumas, Grand Chief of the Assembly of Manitoba Chiefs, formed a tight circle around Ms. Favel. Nahanni Fontaine, the provincial NDP's justice critic and an advocate for missing and murdered Indigenous women, held Ms. Favel. Someone began reciting the Lord's Prayer.

Tina's mother, Valentina Duck, walked out, turning to Mr. Cormier and screaming: "You think you're going to get away with this?"

One juror began crying. None looked at Ms. Favel.

Mr. Cormier, a 56-year-old from New Brunswick with at least 92 previous convictions, had been charged with second-degree murder. Tina, a member of the Sagkeeng First Nations, was found dead in Winnipeg's Red River on Aug. 17, 2014, near the city's core. She was in a fetal position, dressed in pink high-top sneakers and a green fleece. Her body was shrouded in plastic and a duvet cover, weighed down by about 11 kilograms of rocks.

The death also became a flashpoint for relations between Winnipeg's Indigenous people and the wider community: It exposed the city's dark underbelly, the systemic failures and racism that allow First Nations children to fall through cracks.

The acquittal comes just two weeks after the not-guilty verdict in the trial of Gerald Stanley, accused of killing Colten Boushie. The composition of the jury for the Stanley trial – in which the defence used peremptory challenges to exclude potential jurors who appeared to be Indigenous – became the focus of widespread anger. Jury composition was not a point of contention in the Cormier trial.

The Crown, Mr. Cormier's defence team and Mr. Cormier all chose not to comment after the verdict on Thursday.

The Winnipeg court heard from Ms. Favel that Tina left Sagkeeng, 115 kilometres northeast of Winnipeg, on June 30, 2014, to spend a week with her mother. It was her reward for an exceptional report card from École Powerview, her new, off-reserve school, where she had just finished Grade 9. Ms. Favel had been caring for Tina and her sister Sarah, one year her junior, since they were 3 and 4 in her home in Powerview-Pine Falls, just beyond Sagkeeng's northeast border. Eugene Fontaine, the girls' father, who Ms. Favel also raised, left them in her care after he was diagnosed with cancer.

In 2011, Mr. Fontaine, who called Tina his "little monkey," was murdered. Tina "didn't know how to function" without him, Ms. Favel testified. So she agreed to let her spend time with her mother, who had been largely absent from her daughter's life, hoping the familial bond might help.

When Tina did not return after a week in the city, Ms. Favel called police and Manitoba's Child and Family Services, which later took the girl into care. She went missing several times, jurors were told, spending a few nights in a youth shelter and surfing couches.

The court heard that Tina met Mr. Cormier one night in July, when he rode past on a bike, carrying a muffler. Tina's friend Cody Mason testified that he met Tina when he was 18, on the Slaw Rebchuk Bridge after being taken to Winnipeg from the St. Theresa Point First Nation for treatment after a car accident. Both were new to the city and they began seeing each other. Mr. Cormier gave the pair "gabbies," slang for the anti-epileptic drug gabapentin, which produces a high in large quantities.

Mr. Mason said that when they told Mr. Cormier they had nowhere to go, he took them to the basement of a home where they could sleep, returning the next morning with money for food. Mr. Mason told the court they saw Mr. Cormier, who sometimes used the name Sebastian, another four times.

When Mr. Mason flew home on Aug. 6, Tina rode her bike to Mr. Cormier's in tears. Witnesses testified Mr. Cormier tried to grope Tina's breast. "Just do me," one told the court she heard him say to the young girl. Later that night, she yelled at him when she found out he had sold her bike for marijuana and threatened to report Mr. Cormier for stealing a truck.

She made the call to police, recorded at 10:18 p.m., two days before she disappeared, which helped lead officers to Mr. Cormier. It was played in court, providing one of the trial's more wrenching moments. Ms. Favel broke down as Tina's voice echoed around the courtroom.

"Hey, um, I'd like to report a stolen truck," she tentatively begins, telling police her friend Sebastian had stolen a vehicle.

The danger the Anishinaabe teen faced alone in a large city she did not know was underscored in the testimony of Robert Sango, 64. The North End Winnipeg resident told the court Tina approached him a few days before she went missing and asked for a cigarette. She began crying as soon as her fingers touched the cigarette, Mr. Sango told the court. She was homeless, had no money and nowhere to go, she said through tears. Mr. Sango said he warned her never to talk that way because it would make her vulnerable to predators.

Before leaving, Tina shook Mr. Sango's hand: "I remember her teeny, little hand – it was so small. So tiny. She said her name was Tina."

On Aug. 8, 39 days after arriving in the Manitoba capital, she vanished.

On the last day Tina was seen alive, she was stopped by police at 5:05 a.m. in a vehicle driven by Richard Mohammed, a man in his 30s who told the court he had been "looking for a girl to hang out with." Two officers arrested Mr. Mohammed for driving with a suspended license. They let Tina, who first gave them the name Tessa Two Hearts, go off alone, even though she had been flagged as missing. (The constables, Brock Jansen and Craig Houle, were suspended when the matter came to light. Both have since resigned. Mr. Houle, who ran a check on Tina's name, testified he believed she had been flagged "previously missing.")

At 10:30 that morning, a security guard called 911 after Tina was found asleep behind a car in a downtown lot, disoriented, her legs covered in mosquito bites. Paramedics took her to Winnipeg's Children's Hospital; at 3:30 p.m., she was discharged to the care of a Child and Family Services worker.

The last known sighting of Tina was at 5:30 p.m. on Aug. 8 at the Charterhouse Hotel, one of several used to house teens in care. Tina was reported missing that night after failing to make curfew.

Although three witnesses testified that Mr. Cormier owned the same kind of duvet cover as the one in which Tina's body was found, no forensic evidence links him to it or Tina's body. Pathologists could not determine the cause of her death and there was no sign of sexual assault, stabbing or blunt-force trauma.

The Crown built its case around statements made by Mr. Cormier that were secretly recorded during a six-month undercover operation. In one, Mr. Cormier is heard arguing with a woman and saying that there was a little girl in a "grave someplace screaming at the top of her lungs for me to finish the job. And guess what? I finished the job."

Prosecutor Jim Ross contended that Mr. Cormier had sexual intercourse with Tina, later killing her after she threatened to report him for statutory rape."You all know who that little girl is," he told the jury. "You know what the job is."

The recordings often had music in the background, and Mr. Cormier has an Acadian accent and a stutter, all of which made it difficult to hear what was said clearly.

His lawyer, Tony Kavanagh, reminded jurors in his closing remarks that at no point does he admit killing the teenager.

"No crime scene was ever found," he added. Tina "could have overdosed at a drug house or with a john." Justice for Tina, he concluded, cannot come at the expense of justice for Mr. Cormier.

After the verdict was read, Grand Chief Dumas told reporters: "Make sure you hug your kids when you get home. Hug them tight, and say a prayer for Thelma." 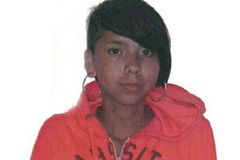 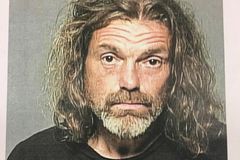