Nicole Gray, a 24-year-old single mother living in Victoria, feels like a "beggar" every time she has to go into a government office and ask for help to pay her bills.

She has finished her diploma to be an office medical assistant despite having gotten pregnant as a teenager. But job losses and the difficulty of raising her son, now 7, on her own have made her income unpredictable. Meanwhile, she says, the system is suspicious of every request and doubts every word.

There are hundreds of rules. She has been sent away because she was missing one document. She has had to justify a no-contact order against her son's father and had a caseworker scrutinize every detail of her bank account. Every interrogation "makes you feel very low to the ground," she says. And the worst, she says, is that you learn quickly "that you can't count on anything."

But what if we gave Ms. Gray and other poor Canadians something to count on: cash directly in their pockets, with no conditions, trusting people to do what's right for them? It's a bold idea, and it runs counter to the paternal approach to poverty that polices what is done with "our" money and tries to strong-arm the poor into better lives.

That approach has had limited success: The wage gap continues to grow, and one in 10 Canadians still struggles below the low-income line.

The idea of giving money to the poor without strings is not new. It melds altruism and libertarianism, saying both that the best way to fight poverty is to put cash in poor people's pockets and that people can make their own choices better than bureaucrats can. As a result, it can find support in theory from both left and right.

It has been tested with success in other countries, and now it has re-entered the Canadian political conversation.

This week, a House of Commons committee on poverty released a report proposing a guaranteed basic income for Canadians with disabilities, on the model already available to seniors. The Senate released a similar report this spring calling for a study of how it would work for all low-income Canadians.

In Quebec, a government task force went further, recommending a minimum guaranteed income starting at $12,000 for everyone in the province.

Economists continue to bounce the idea around. Two years ago, Canadian researchers started their own chapter of the Basic Income Earth Network (a group founded in Belgium in 1986) to co-ordinate an ongoing discussion. Some say it might actually accomplish what political rhetoric has been promising for years: the eradication of poverty.

In the past decade, the number of poor households in the world receiving direct financial transfers has grown rapidly. European nations such as France and Austria, which spend slightly less than one-fifth of their gross domestic products on cash transfers to low-income citizens, have had far more success reducing poverty than Canada has.

But the shift has largely been led by developing nations. These programs - now in at least 45 countries, helping 110 million families - range from social pensions and education stipends in South Africa to Brazil's Bosla Familia guaranteed grant to families. Some come with conditions, such as sending children to school or the doctor, but many do not. Studies have shown significant benefits, in particular that kids get healthier.

What's more, argues Joseph Hanlon, a development scholar and co-author of a recent book called Just Give Money to the Poor, research has not proved conditions are needed. In general, people spend the money on food and their children, and invest a portion of what remains toward improving their incomes. In a region in Namibia with an unconditional basic income grant, child malnutrition dropped from 42 per cent to 10, and school dropouts dropped to almost zero.

In a controlled study conducted by the World Bank, researchers found that giving cash transfers to families in Malawi increased school attendance of girls and young women by the same amount whether or not a condition was attached.

Essentially, Dr. Hanlon says, people will make the right choices without an aid worker peering over their shoulders. "Poverty is fundamentally about a lack of cash. It's not about stupidity," he says in his speeches. "You can't pull yourself up by your bootstraps if you have no boots."

In Britain, an experiment was recently conducted with a small group of people who had been living on the streets for more than five years. They were given a budget that they could spend however they wished. The idea was to see whether the "personalized budgets" Britain gives to seniors and people with disabilities to pay for care (which include some conditions) would work for the very poor as well.

Within a year, working with counsellors who helped them with their plans and purchases, nine of the 15 participants were moving to some form of housing.

The results were not perfect: A couple of people moved back out of housing again, and at least one was imprisoned. But most spent far less than the money available to them, mostly on clothing, food and rent. On the other hand, one person who chose to remain on the street asked for music lessons, and that was all right too.

"Very often, services are about getting people off the streets, come what may," says Joe Batty, who managed the program. "This is about normalizing people." The program was considered so successful, he says, that the city of London is now providing financial support to expand it.

The idea of a guaranteed annual income has been tested before in Canada - in the mid-1970s, in Dauphin, Man., a farming town with then about 10,000 residents.

In the only experiment of its kind in North America, every household in Dauphin was given access to a guaranteed annual budget, subject to their income level. For a family of five, payments equalled about $18,000 a year in today's dollars.

Politicians primarily wanted to see if people would stop working. While the project was pre-empted by a change in government, a second look by researchers has found that there was only a slight decline in work - mostly among mothers, who chose to stay home with their children, and teenaged boys, who stayed in school longer.

Evelyn Forget, a researcher in medicine at the University of Manitoba, reports that Dauphin also experienced a 10-per-cent drop in hospital admissions and fewer doctor visits, especially for mental-health issues.

Dauphin resident Amy Richardson, now 84, was then trying to run a beauty parlour out of her living room, with four kids, an elderly mother and a disabled husband who could work only at odd jobs. The money eased the burden of costs such as school textbooks. "It helped out," she says. "It just made things easier."

But a guaranteed-annual-income program would be expensive. In developing nations, a small amount of money can bring about big changes. In a country like Canada, the basic income needed to pull everyone out of poverty would have to be larger, balanced against higher taxes.

"We'd probably have to settle for something much less generous," says Guy Lacroix, an economist at the University of Laval. "And is that better than what we already have?"

His cost analysis of the Quebec proposal estimated it could run the province as much as $2-billion, including the cost in lost taxes if minimum-wage workers did the math and left those jobs.

Other experts argue that poverty reduction needs to be tailored to individual circumstances, especially in cases involving mental health and addiction.

But many of those arguments are already made about our current welfare system, with all its costly and often overlapping bureaucracies.

It's not efficient to have case workers deciding whether someone merits assistance for a new bed because their low-rent basement apartment has flooded.

And governments have struggled for years to solve the problem of the "welfare wall," the point at which working a minimum-wage job is less beneficial and secure than collecting a cheque by staying home.

Conservative Senator Hugh Segal, one of the more vocal proponents of no-strings-attached aid for the poor, points out that the guaranteed-income program for seniors has greatly reduced poverty, especially among women.

"There's a bias that when given the chance people will be lazy," he says. "That's not my sense of reality."

Mr. Segal argues that giving money with no conditions removes the stigma and shame around poverty, allowing people to focus instead on how to improve their lot.

Requiring the poor to prove continually that they are deserving of assistance or threatening to pull help away without notice only discourages the risk-taking and confidence required to get out of poverty.

"It's dehumanizing," Mr. Segal says. "Think of a mother having to negotiate though Plexiglas for enough money to feed her family."

Or the mom who goes back to school to improve her prospects and loses her welfare payments because she is not seeking jobs.

It also costs people their privacy. Candace Witkowskyj, a legal advocate for welfare recipients in British Columbia, tells stories of people forced to take pictures of the contents of their drawers to prove that they lived alone or to get a doctor's note to justify a $20 emergency food voucher.

"If you think of the core premise of charity, it is not to treat people as lesser," Mr. Segal says. "[It]is to give people a leg-up so they can have some measure of independence and can make some of their own choices."

To do that effectively, he argues, we need to let them decide the steps they take to get there. Or - as Ms. Gray in Victoria puts it, saying she would go back to school for more training if she could count on covering rent and daycare - give some autonomy back to "people who are trying to be somebody in this world."

Erin Anderssen is a feature writer for The Globe and Mail. 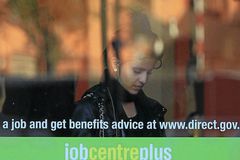 Microfinance: Little loans, big trouble
November 12, 2010
Follow Erin Anderssen on Twitter @ErinAnderssen
Report an error
Due to technical reasons, we have temporarily removed commenting from our articles. We hope to have this fixed soon. Thank you for your patience. If you are looking to give feedback on our new site, please send it along to feedback@globeandmail.com. If you want to write a letter to the editor, please forward to letters@globeandmail.com.
Comments