The Supreme Court of Canada has tightened the clamps on future claims that laws or educational programs infringe on an individual's right to freedom of religion and conscience.

In a key Charter of Rights decision on Friday, the court endorsed a religious instruction program that became mandatory in Quebec schools in 2008. The court said that anyone who challenges a program cannot simply assert that it offends their religious rights without furnishing tangible proof of harm.

"To decide otherwise would allow persons to conclude themselves that their rights had been infringed and thus to supplant the courts in this role," the court said.

Legal experts interpreted the unanimous ruling as an attempt to stem a potential wave of litigants hoping to challenge programs they find personally offensive or intrusive.

Errol Mendes, a law professor at the University of Ottawa, said the court is putting the brakes on a line of decisions that focused on the subjective feelings of litigants.

"This is an important ruling that says there are limits to when religious groups can claim that their rights are infringed in a multicultural and diverse society," Prof. Mendes said. "It is saying that governments have the right to promote initiatives that recognize the diversity of our society without singling out one or more religion for either benefits or disadvantage."

The decision was a blow to a Quebec couple who wanted to pull their son from a mandatory ethics and religion program, claiming it is making him confused about the Roman Catholic belief system he is being taught at home.

The mother of the Grade 4 pupil said on Friday that the mixed messages of the Quebec program and have caused her son to question his faith at an age where he should be listening to parental instruction.

"There is a time and place for everything, and this exposure should come later. Unless, of course, the entire point of the exercise is to sow doubt," said the woman, who can be identified only as S.L. under a court order. "I want to assure you, I'm for openness, but I refuse to treat my faith as something freakish. Just how far do we have to go to call ourselves welcoming and tolerant?"

S.L. and her lawyer, Mark Phillips, said they believe the court has left the door open to further challenges, and they invited other parents to pursue it.

Introduced in 2008 to elementary and high schools, the program replaced religion classes with a curriculum covering all major faiths found in Quebec culture, including Catholic, Protestant, Jewish and aboriginal beliefs.

Writing for the court, Madam Justice Marie Deschamps strongly disagreed Friday with the parents who had challenged the program. Far from shoving religious views down the throats of children, she said, the program opens young minds to a wide variety of viewpoints and beliefs.

Judge Deschamps said that it is fact of life in modern society that children will be exposed to religions, creeds and beliefs that are different than those of their immediate family.

"The suggestion that exposing children to a variety of religious facts in itself infringes their religious freedom or that of their parents amounts to a rejection of the multicultural reality of Canadian society and ignores the Quebec government's obligations with regard to public education," she said.

However, civil libertarians criticized the decision, saying it gives too much power to government at the expense of parents.

"It is hard to believe the court did not have in mind all the potential requests for exemptions that could flow from putting the burden on the state to justify universal application of a course," said Jean-Philippe Groleau, who represented the Canadian Civil Liberties Association in the appeal along with lawyer Guy Du Pont.

Mr. Groleau said that parents would be right to worry that they are losing their control over the education of their children. "This case diminishes this sphere of autonomy by deciding that parents cannot simply disagree with a course being taught to their children," he said.

The decision has relieved governments of the obligation to show that a mandatory educational program is in the best interests of students. Instead, Mr. Groleau said, the Crown can sit back and watch as litigants are compelled to prove that it interferes with their beliefs or indoctrinates their children.

"The court refuses to be the arbiter of religious dogma," Mr. Groleau said. "Of course, beauty is in the eye of the beholder. What is neutral and harmless to one person can be anything but neutral to another. In that sense, the decision could be seen as more intrusive, and less deferential, to freedom of conscience and religion."

Sorry, but education is not indoctrination
February 19, 2012 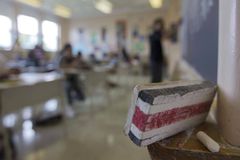 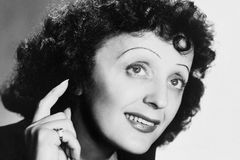 Does anyone go to church any more?
February 12, 2012
Follow us on Twitter @globeandmail Opens in a new window
Report an error Editorial code of conduct
Due to technical reasons, we have temporarily removed commenting from our articles. We hope to have this fixed soon. Thank you for your patience. If you are looking to give feedback on our new site, please send it along to feedback@globeandmail.com. If you want to write a letter to the editor, please forward to letters@globeandmail.com.
Comments