At home, Stephen Harper tackles the agenda for the rest of his term, debate over the Charter of Quebec values intensifies, and the fate of the Keystone XL pipeline is settled. Abroad, Vladimir Putin hosts the G20 amid a time of international squabbling, and Julian Assange bids for an Aussie senatorship. 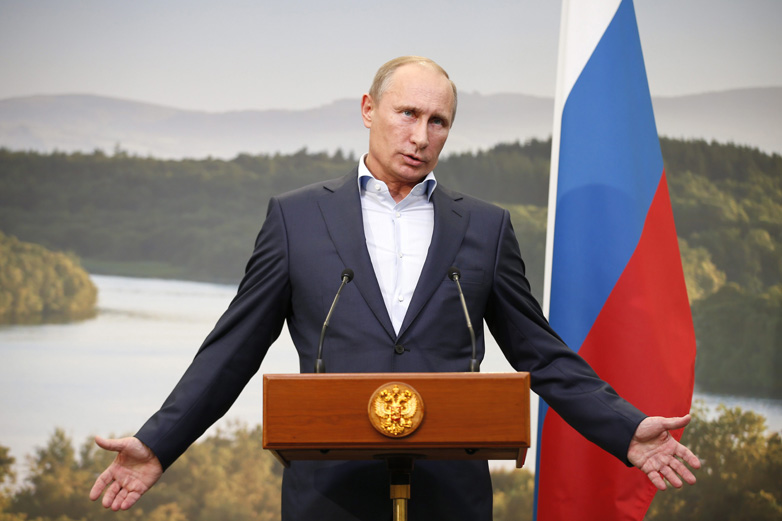 Russian President Vladimir Putin – who has been making few international friends of late – hosts world leaders at this year’s G20.

The gathering in St. Petersburg comes as a growing number of issues place Russia on the defensive as it prepares to host the Sochi Winter Olympics in early 2014.

U.S. President Barack Obama is making the trip but has cancelled a bilateral meeting with Mr. Putin because of Russia’s decision to grant asylum to Edward Snowden, a former U.S. intelligence official who leaked information to the British and American press.

The official G20 agenda is largely centred on approving new international rules to prevent tax evasion. The focus of the G20 is generally on economic matters by ensuring that national monetary and fiscal policies are in sync globally. However, pressing international files – such as developments in Egypt and Syria – are sure to be discussed when leaders meet.

For Prime Minister Stephen Harper, the G20 offers important opportunities for one-on-one meetings where he can press Canada’s efforts to strike new trade deals with several key members of the G20.
— Bill Curry

The long-simmering debate over the limits on religious freedoms in Quebec will intensify this fall with the tabling of a contentious Charter of Quebec Values.

The government of Premier Pauline Marois, who has made the question of secularism in the public sphere a priority, says it will table proposals this September on accommodating religious minorities. The issue has been disputed in Quebec for years and got a full airing during a high-profile commission in 2007 headed by leading intellectuals Gérard Bouchard and Charles Taylor.

The issue promises to be a fractious one. Leaks about the government’s proposed charter suggest it would curb the display of religious articles of faith such as the Muslim hijab and the Jewish kippa in public-sector workplaces. The ban would reportedly extend from elementary schools to daycares to hospitals. Provincial opposition parties and minority groups have voiced concerns that the proposals are both discriminatory and unnecessary.

Members of the PQ government have remained mum on the details of its Charter but say they believe Quebec needs rules to guide requests for religious accommodations. It promises to table its proposals when the National Assembly reconvenes on Sept. 17, with legislation to follow.

October’s Throne Speech will kick off a short and heated fall session of Parliament. But it will also mark the unofficial start of the next election campaign.

Prime Minister Stephen Harper used the front end of his first majority government to tackle controversial files such as reforming Old Age Security and Employment Insurance. Now, the Throne Speech is his opportunity to lay out the government’s plans for the final stretch, with an eye on winning back some of the political support that has drifted away from the Conservatives since they won 39.6 per cent of the vote in 2011.

After getting an earful through the summer, Conservatives realize they will need a strong response to the scandal over Senate expenses. The problem is that their hands are largely tied as they wait for the Supreme Court to rule on the constitutionality of the various options for reform.

Throne Speech promises tend to be at a fairly high level, with details to be outlined later. However, Mr. Harper’s finance minister, Jim Flaherty, has already said he will aggressively reject proposals for new spending in order to announce balanced books before the next election.

How to make a splash without spending money is the Prime Minister’s challenge this fall.

Harper’s challenge: To reboot and refresh his government

Video: Why 'prorogue' is a dirty word in Canadian politics

Australia’s national elections are Sept. 7 – the culmination of a 30-day campaign crammed with everything from sexting scandals to Islamophobic gaffes by parliamentary candidates. Apart from Australia’s usual collection of small parties, the big race is between the Liberal-National coalition, led by Tony Abbott and now in opposition, and the Labor Party of Prime Minister Kevin Rudd (who recently took back his leadership post from Julia Gillard).

The economy is the core issue, but the election has also veered towards Australia’s policy on “boat people,” with Mr. Rudd vigorously defending his government’s tactics to discourage such immigrants and keep asylum seekers in detention centres.

As for the leaders: Mr. Abbott has long fought an image as a sexist, and has proposed a generous parental leave policy; Mr. Rudd’s platform argues that Labor has kept Australia out of recession. Adding fizz to the race is Julian Assange.

Although the Wikileaks founder is holed up at the London embassy of Ecuador, which has granted him political asylum, he has set up a Wikileaks party, with a platform focusing on transparency and human rights, and is running for a Senate seat.

After years of delay, a decision on the controversial Keystone XL pipeline should come this fall. The $5.3-billion project to funnel upwards of 1-million barrels of Canadian oil sands crude daily to sprawling coastal refineries in Texas and Louisiana has morphed from being just another big pipeline to an iconic symbol of whether a grave threat looms from carbon emissions driving climate change.

Opponents claim Keystone XL will unleash massive and dangerous development of Alberta’s vast oil sands reserves, spewing more carbon-heavy fossil fuels into an already damaged atmosphere. They lampoon Canadian claims of job creation and energy security for Americans. Keystone XL would send Alberta’s “tar sands” – as they call them – to world markets. Instead, they want the carbon-heavy Canadian reserves left entombed forever while the world weans itself off fossil fuels and turns to greener energy sources. Keystone XL has emerged as a key battle in the political fight over future energy policy in the United States.

President Barack Obama says he will reject the project unless it doesn’t make climate change worse, seen by many as a call to Ottawa to clean up its emissions act. Prime Minister Stephen Harper calls the decision a “no brainer” but Ottawa is scrambling to shine as the decision day looms.