A top jurist has condemned plea bargaining as a form of coercion that tempts an intolerable number of innocent people into pleading guilty to avoid a harsh sentence.

Mr. Justice Marc Rosenberg of the Ontario Court of Appeal urged a thorough review of plea bargaining - a system that has become so entrenched in the past three decades that 90 per cent of criminal cases result in a guilty plea.

Judge Rosenberg told a weekend legal conference that plea bargaining is the result of "a big lie": the legal system's claim that defendants will not get a harsher penalty if they insist on a full trial and are convicted than they would if they plead guilty. In reality, he said, those convicted after a trial almost certainly get more punitive sentences than those who accept a plea offer.

"The system has become coercive and abusive," said Judge Rosenberg, regarded by many to be the finest criminal law mind in the country. "I'm not sure how we came to a place where a coercive way is a legitimate way of doing practice. The inducement to plead guilty is too extreme. The inducement is leading to coercion."

Many plea deals occur when a defendant is denied bail and faces lengthy pretrial custody. Others are nailed down mere hours before a trial is to proceed. In most plea agreements, a defendant pleads guilty in return for the Crown dropping some charges or agreeing to recommend a reduced punishment.

Judge Rosenberg expressed skepticism of the most common rationale for plea bargaining - that it is essential to prevent the court system collapsing under the weight of too many people seeking full trials.

"I don't believe that," he said. "There is no evidence the system would collapse if you did away with it." He noted that one U.S. jurisdiction - New Orleans - banned plea bargaining several years ago, yet many people continued to plead guilty and there was no sharp increase in trials.

Simon Fraser University criminologist Bryan Kinney said in an interview that in provinces such as Ontario, police tend to lay charges without them being screened by Crown prosecutors, so it is not unusual to see excess charges laid that can later be bartered away to obtain a guilty plea.

"This would probably be used more against chronic offenders and people who are in constant contact with the police," he said. "I'm sure this power is misused in the street culture where two sides are, day in and day out, going hammer and tongs against one another."

In a province like British Columbia, however, the Crown winnows excess charges before they can be laid. Nonetheless, Prof. Kinney said that tempting deals are still routinely offered and accepted.

"Would the system crumble if it weren't in place?" he said. "The problem with removing the plea process is we would have to do a substantial retooling of how we put cases through the system. I think the courts system would become backlogged quite quickly."

Judge Rosenberg - a top Toronto defence lawyer before he was appointed assistant deputy minister in the Ontario Ministry of the Attorney-General - said that plea bargaining has largely neutered trial judges.

"One of the things I hear over and over again from them is: 'What am I doing in the courtroom, when 90 per cent of it has already happened and I'm just expected to apply a rubber stamp?'" he said.

Judge Rosenberg also questioned the conventional wisdom that a guilty plea is an expression of remorse and that it helps society by sparing victims the need to testify. "Is that true?" he asked. "Do we know that victims don't actually want to testify?"

As an appeal administrator for a half-dozen cases in which parents pleaded guilty to baby killings rather than try to counter evidence from pathologist Dr. Charles Smith, which later turned out to be erroneous, Judge Rosenberg noted that many spent mere weeks or months in jail instead of life.

"In how many other similar cases are we holding a hammer over the defendant?" he asked.

Judge Rosenberg also cited the case of Anthony Hanemaayer, who was convicted in 1989 of breaking into a Scarborough home and attempting to rape a 15-year-old girl. Mr. Hanemaayer pleaded guilty and spent two years less a day in jail, instead of the six- to 10-year term he would have faced on conviction. He was later exonerated.

"What principled basis was there for this huge discount that made it acceptable for Mr. Hanemaayer to plead guilty and get two years for an offence everyone else thought would result in a six-year sentence?" Judge Rosenberg asked. 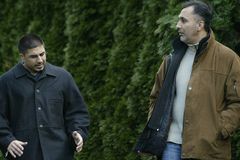 How to fight a speeding ticket
February 6, 2011 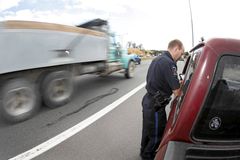 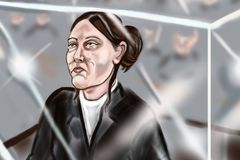 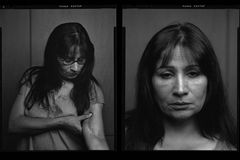 The dark side of Canada's inheritance system
March 4, 2011 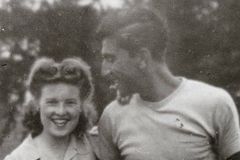