While that allegation is unproven, the BCCLA has been forcing into the public domain disclosures from Communications Security Establishment, the highly secretive “signals intelligence” agency conducting such surveillance. But now, the federal government is fighting to move the case behind closed doors.

To get a sense of what’s at stake, swipe back and forth on the following document, known as the CSE “metadata ministerial directive.”

This 2011 executive order effectively gave a legal green light to CSE surveillance. The version on the left is what was released to The Globe following an Access to Information request. The version on right is a much more illuminating document, disclosed in court filings as part of the BCCLA lawsuit. 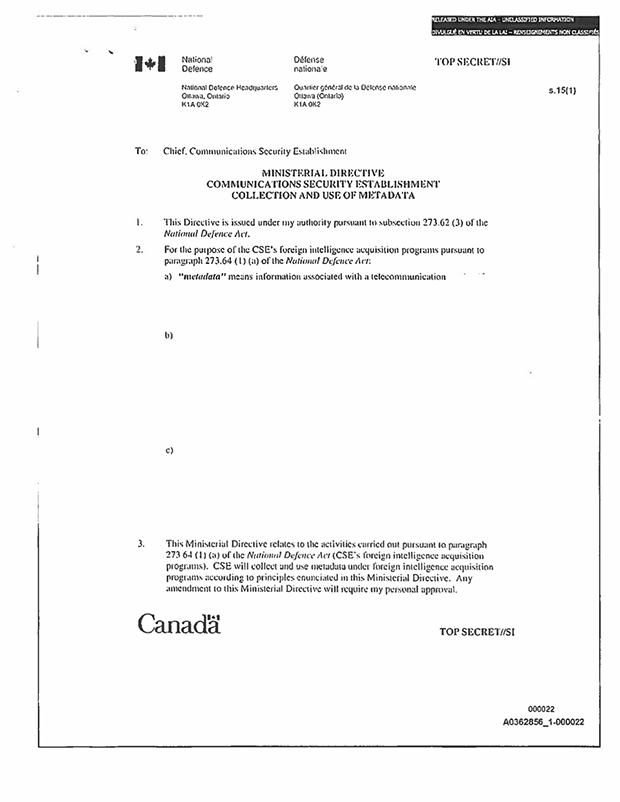 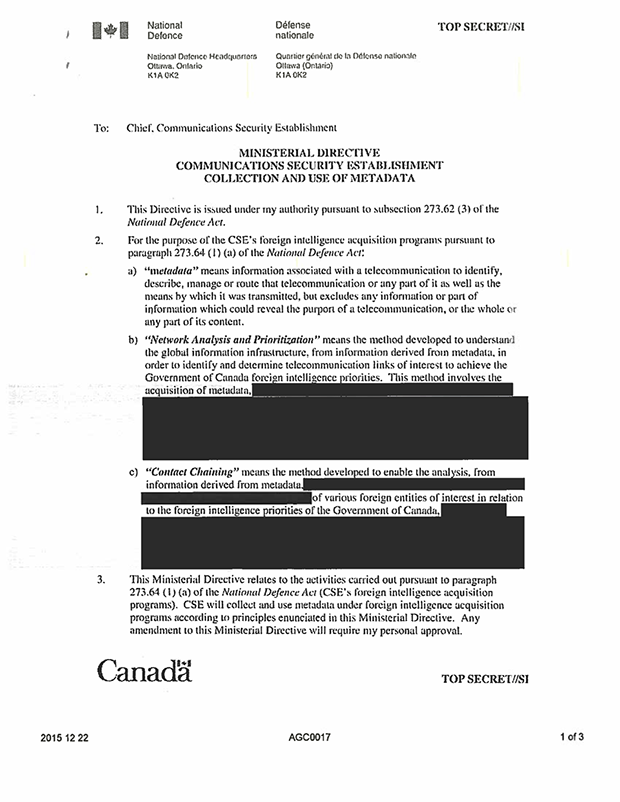 The BCCLA version of the document spells out the government’s understanding of what constitutes metadata and the specific things intelligence analysts are to do with it. 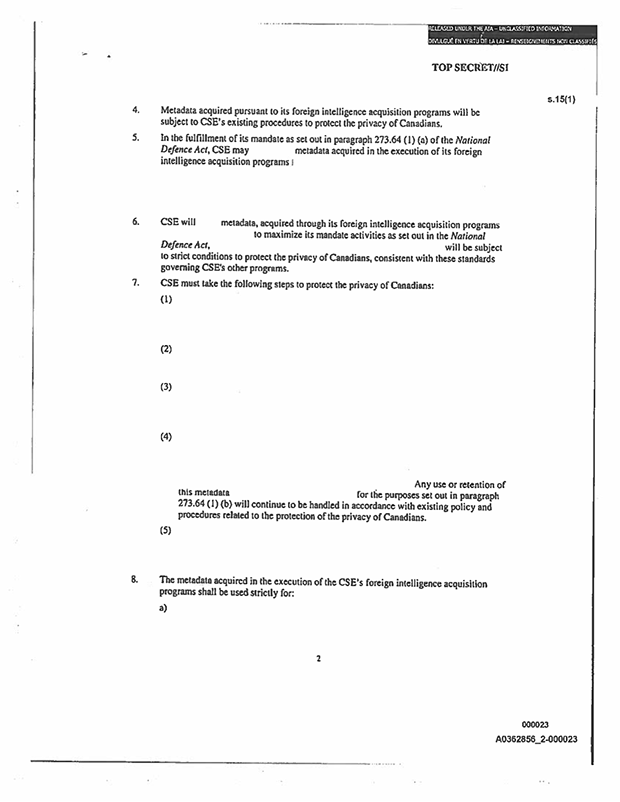 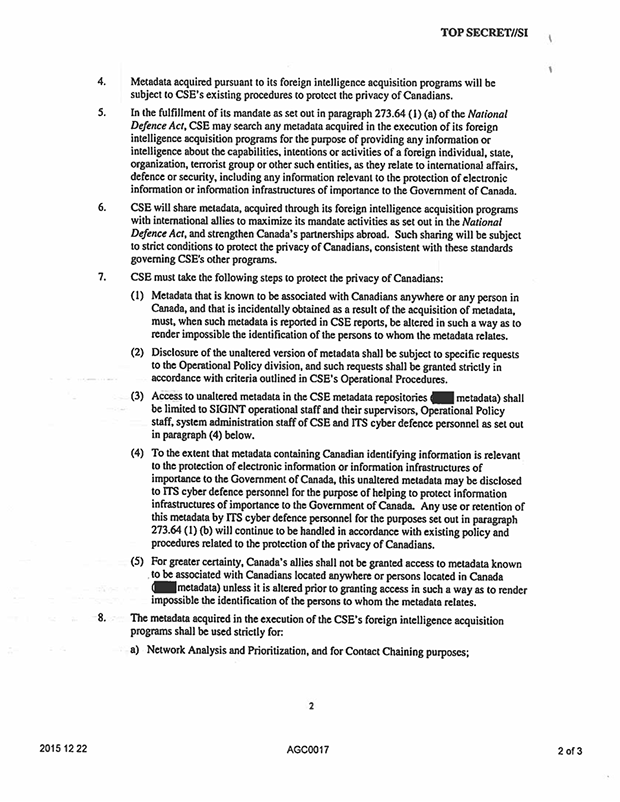 The BCCLA version of the document shows how CSE is under orders to indiscriminately collect and share metadata with allied agencies. But also revealed is the order to scrub out any “Canadian identifying information” after the fact. 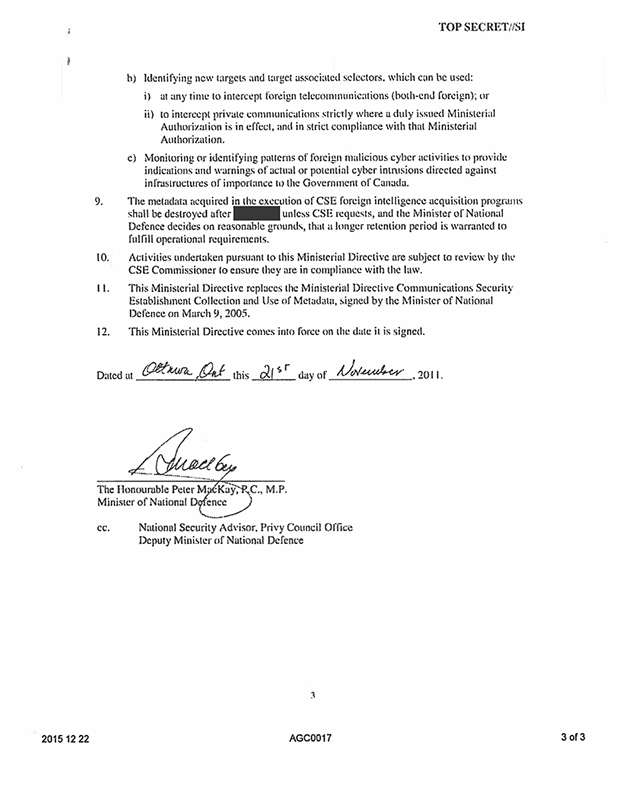 Because CSE doesn’t expose its operations to scrutiny from courts or to Parliament, edicts from the defence minister are given the weight of law. This 2011 directive was signed by Conservative cabinet minister Peter MacKay. It replaced a near identical one signed in 2005 by his Liberal predecessor, Bill Graham.