When Conservatives gather in Vancouver the next three days for their first national convention since losing power last fall, amendments to their party's constitution that would make Stephen Harper's successor less powerful than he was will be up for debate.

Probably the most significant of them would cause the head of Conservative Fund Canada – the party's war chest – to report to the Conservatives' national council rather than directly to the party leader, meaning that leader would lose some control over how funds are spent during campaigns.

Another would take away the leader's ability to appoint the party's executive director, with the attached rationale explaining that doing so would prevent another "disaster" like Mr. Harper's appointment of his former communications director Dimitri Soudas (subsequently turfed for trying to help his fiancée win a riding nomination).

The mere existence of these proposals is not all that interesting. Pretty much every time the Conservatives gather, a small group of dissidents argues that the party should be less autocratic.

But the fact that they have at least a slim possibility of finding a receptive audience this time around is intriguing, because it points to the rare and fleeting situation in which the Tories currently find themselves: able to question the way their party is run, its very identity, without having to worry about disloyalty to whoever will lead them into the next campaign.

Unless they feature a leadership vote or attempted coup, like the NDP gathering that ousted Tom Mulcair this spring, modern party conventions are mostly somewhere between social events and theatre. Grassroots members have a chance to rub elbows with ministers or prominent MPs, and token opportunities to have their voices heard, but it's all carefully stage-managed by the leaders' teams to project energy and unity and send delegates back to ridings as fired-up brand ambassadors.

That usually applies even to parties that are out of power, and especially to those that hold it. When the Liberals gather this weekend in Winnipeg for their national convention, bizarrely scheduled to run concurrent to the Tories', there will be very little appetite for existentialism. Sure, a group of dissenters has set up a website to complain about a perceived power play by Justin Trudeau to strengthen his grip on that party through changes to its constitution. But less than a year removed from a massive election win, it will be hard to persuade many others to question Mr. Trudeau's authority.

Until recently, even by current standards, the Conservatives were remarkably built around the image of the only elected leader they have known. With almost militaristic discipline, Mr. Harper and his enforcers clamped down on anyone seen to have their own agenda. And through mechanisms such as the fund chair answering directly to him, the party was structured in a way that made it directly his.

So after the Thursday-evening tribute to Mr. Harper that will kick off their convention, it may feel to Conservatives as though they are entering something approaching anarchy.

Interim Leader Rona Ambrose, while well liked, is a caretaker with limited ability to impose her will; some of her popularity, and ensuing (probably futile) calls for her to contest next year's leadership vote, may have to do with giving her caucus colleagues more leeway than a longer-term leader would.

Over the weekend, delegates will elect a new national council, which in turn will elect a new president to replace John Walsh, a friend and close ally of Mr. Harper's who has served in that role for the past six years; what constituencies and interests that replacement will represent is anyone's guess.

The backroom operatives who kept order on Mr. Harper's behalf will continue to be torn apart by other Conservatives for last year's poorly planned campaign – likely at a session in which the party's current executive director will present findings from an election postmortem, and certainly in plenty of casual conversations.

Policy debates will be conducted out in the open (unlike the closed-door approach of past conventions), with little fear of contradicting official party policy, because at this point there is little party policy to speak of.

And it's not as though leadership contenders will be keeping big factions in line or on the same page. Announced candidates Maxime Bernier, Michael Chong and Kellie Leitch don't at this point have large constituencies; those who do, such as Jason Kenney and Peter MacKay, are still testing the waters.

None of this is to say Conservatives necessarily will or should start dramatically changing the way their party operates. Under Mr. Harper's management, they avoided ideological or regional splits that hurt their side of the spectrum previously, while out-fundraising and (until recently) out-organizing their opponents. Even when they ran a lousy campaign last year, the floor of support for their hybrid of fiscal conservatism and populism proved to be above 30 per cent of voters.

Messing with that is fraught with risk. But even if it's only in the form of casual conversations in the hallways, rather than constitutional changes and grand declarations, it's a risk many Conservatives may feel empowered to take this weekend, more than they have in a very long time.

How often do they get a chance to consider what kind of party they want to hand over to a leader, rather than what kind of party is handed down to them? And what are the odds that the next time they gather, with that leader installed and the next election looming, they'll have anything resembling the same opportunity? 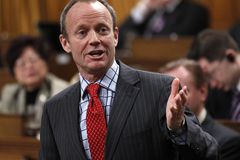 Harper will step down as MP before Parliament’s fall session
May 25, 2016 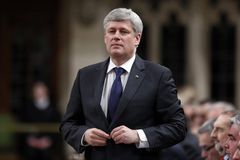