Dressed in a cream-coloured shalwar kameez, Immigration Minister Chris Alexander stood in front of a seated sea of Muslim men in topi caps and made them the promises they wanted to hear: a robust economy, low taxes for families, strong immigration. He wrapped up his campaign stop at Masjid-e Quba, a mosque in his Greater Toronto Area riding of Ajax, by congratulating the crowd for being "part of this great and growing Muslim community in Canada."

A week later, again in Ajax, but in front of a group of reporters, Mr. Alexander held a news conference announcing the Conservative Party would establish a "barbaric cultural practices" tip line that would be manned by the RCMP so residents could report their neighbours for honour killings or child marriages – a move many called a direct attack on Muslims.

In recent weeks, the Conservative Party has made culture, religion and national identity a major focus of its campaign: from the RCMP tip line to proposing a niqab ban in the public service. Even before the election, it made citizenship an issue after the passing of Bill C-51, the government's anti-terror legislation, and Bill C-24, which allows the government to revoke citizenship from dual citizens convicted of terrorism and other offences.

While the media, social-justice groups and those who practise Islam have decried this rhetoric as "anti-Muslim," warning the Conservatives these wedge issues will alienate religious and ethnic minorities who helped the party sweep the 905 in 2011, polls suggest that hasn't been the case. Many immigrants in this ring of municipalities surrounding Toronto have deeply conservative values and these particular Tory supporters have either responded positively to the messaging or have chosen to ignore it, instead focusing on the Conservatives' economic plan.

"I think people can search for this 'backlash' and they're going to keep searching for it and they're not going to find it," said Peter Loewen, a University of Toronto political scientist who co-created the Local Parliament Project, a collection of public opinion polls about election issues.

There is little difference between native-born Canadians and immigrants on what issues matter, he said. And despite what some may call anti-immigrant messaging, a poll of 26,510 last week suggests the Conservatives actually have more support among immigrants (34 per cent) than among native-born Canadians (27 per cent). The Conservatives won all but one riding in the 905 in 2011, and Prof. Loewen anticipates "a knife fight" between them and the Liberals on election day.

Surjit Kang, who lives in Brampton North, has always voted Conservative because he believes the party's economic strategy stands head and shoulders above those of the NDP and Liberals, especially the promise of tax relief for small businesses. Years ago, Mr. Kang and his wife left their jobs as police officers to open an insurance brokerage.

Although the Liberals were known for decades as the immigrants' party, that reputation carries little weight in the 905 any more, as was seen in 2011, when the Conservatives unseated 10 Liberals there. Mr. Kang, who moved from India to Canada 15 years ago, is watching the polls that favour Justin Trudeau's party with some trepidation.

"I don't want them to screw up the economy; that is my main concern," he said.

While polls suggest a focus on religious issues hasn't moved the dial in the 905 in any major way, Umair Ali has abandoned the Conservatives because he feels his faith has been attacked. The 26-year-old business analyst, who lives in Brampton, voted for the Tories in the past two federal elections. He said he might have cast another ballot for the Conservatives this year had they focused more on the economy, but he feels the party has turned immigrants into political pawns.

Particularly disturbing for him is Bill C-24, which gives the immigration minister – rather than the courts – the power to revoke citizenship from those convicted of major crimes, such as treason. Mr. Ali, who immigrated to Canada from Pakistan as a child, worries about how the bill could be amended down the road, restricting the freedoms of those, like him, who are dual citizens.

"I'm a productive member of society, I pay my taxes, I do everything a Canadian should do. But due to my dual nationality, I'm now considered a second-class citizen," he said. He accused the party he once supported of using the niqab to scare voters into supporting them.

Prof. Loewen's Local Parliament Project poll suggests 72 per cent of Canadians believe niqab-wearing women should be forced to reveal their faces when taking a citizenship oath – support was comparable (70 per cent) among citizens born outside Canada. Women with face coverings should remove them for citizenship ceremonies, Mr. Kang said: "They should feel proud."

Ibrahim Hindy, an imam at the Dar Al-Tawheed Islamic Centre in Mississauga, believes there has been such strong support for a niqab ban in Canada precisely because so much of the public's information on the subject has come from the Conservatives. Stephen Harper has said the niqab is "rooted in a culture that is anti-women" and Defence Minister Jason Kenney has called it "profoundly offensive."

Sanaa Ali-Mohammed, a 26-year-old Mississauga resident who wears a hijab, notes the Conservative Party has been savvy with how it campaigns locally. The niqab, Bill C-24 and the "barbaric cultural practices" aren't mentioned in her riding of Mississauga Centre, which has seen a heated race between Liberal Omar Alghabra and Conservative Julius Tiangson. Members of the Conservative Party who have stopped by the mosque at ISNA-Canada have spoken about more jobs, and brought up immigration in the context of family reunification. "I'm not very happy with mosque leaders when they let them in," Ms. Ali-Mohammed said.

In Mississauga, Muslims are the second-largest religious group (after Christians), followed by Hindus and Sikhs. Mr. Hindy says he is keen to see how other religious minorities respond on election day to the Conservatives' so-called "anti-Muslim" campaigning.

Avinash Bains, a Conservative supporter in Brampton who is Sikh, says in the 21 years he has lived in Canada, he has not once felt unwelcome anywhere because of his turban and can't imagine his religious dress would ever be targeted by the government. (However, many consider the niqab debate a throwback to the 1990s, when RCMP officer Baltej Singh Dhillon fought to wear his turban instead of the standard-issue Stetson.) He considers the niqab a minor issue that can be resolved by community leaders. He doesn't understand the fuss over Bill C-51 or C-24 either.

"If you aren't going to do anything wrong, why are you worried about those things?" he said. "It's more protection for Canadian citizens."

Deepak Punj, a Realtor who moved from Punjab, India, to Brampton in 2001 and has previously campaigned for Conservatives, including Mr. Kenney, said he is undecided this election because he opposes bills C-51 and C-24. But he says Conservatives have logged so many hours in Brampton and Mississauga, visiting places of worship, sipping chai and discussing issues that foreign-born Canadians care most about – job creation and immigration – that they could still sweep the 905.

"This government penetrates so much in our community," he said. "They know our blood type, right?" 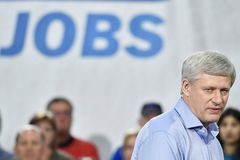 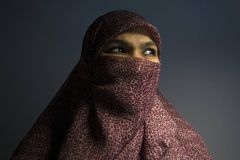 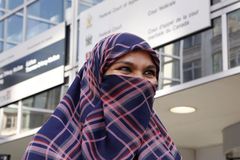 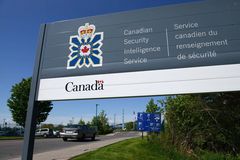