The man Tony Clement will celebrate on Wednesday was a restless surgeon, a rowdy womanizer, a stubborn renegade and a passionate communist.

Norman Bethune, who died while tending Mao Zedong's troops in 1939, is an unlikely Conservative hero. But Bethune's ideological impurity is offset by his value to Ottawa's strategy in China – where the colourful Canadian expatriate is a national hero, memorialized by Mao himself for his "spirit of absolute selflessness."

This powerful bilateral connection helps explain why the Treasury Board President will honour a Marxist martyr when he opens a new $2.5-million visitors' centre at Bethune Memorial House, in Gravenhurst, Ont. – a popular Parks Canada attraction that lures 15,000 visitors, mostly mainland Chinese and recent immigrants, to the wealthy resort town.

"I don't think we're here to promote the communist principle," said the MP for Parry Sound-Muskoka, who faced fierce criticism after getting public money for projects in his riding, including the notorious gazebos paid for from the G8 Legacy Infrastructure Fund. His advocacy helped the Bethune centre gain support from the Harper government's economic action plan just before the Prime Minister made his first trip to China in 2009.

"The thing about Dr. Bethune is that people see different things about him depending on their perspective," Mr. Clement said. "I think we as Conservatives can be comfortable that there's a message here broader than just his communism, that goes to his humanism and entrepreneurship."

The restless thoracic surgeon did develop his own medical tools, including the Bethune Rib Shears. But entrepreneurship is not the first quality of Bethune's that comes to mind for historians.

"Human characters can be reinvented for a lot of purposes," said Paul Evans, director of UBC's Institute of Asian Research. "He was an innovator, yes, but not in the way Conservatives talk about market-based innovation."

As the Conservatives court Chinese investment in the resource sector and try to develop closer relationships with Chinese leaders, the malleable Bethune connects governments and people that haven't always shared interests.

"It gives Canadians an immediate attachment to the people of China," Mr. Clement said. "Part of their education is to learn about Dr. Bethune and his self-sacrifice for humanity, so it's a conversation-starter, something people recognize about Canada. I don't think it necessarily seals the deal, but it's something we have on our side that we should be aware of."

Awareness has always been selective when it comes to Bethune. To the Chinese, particularly the older generation that memorized Mao's essay In Memory of Norman Bethune, he is much more myth than man.

"The Chinese people will never forget those people who helped them when they were in difficulty," Chinese Consul-General Fang Li said. Asked about the Canadian doctor's wayward behaviour, vividly described in Phoenix, a new biography by Roderick and Sharon Stewart, he answered, "We don't care. We only care what he has done for China, for the Chinese people and the Chinese soldiers."

For a rapidly modernizing China, a Mao-era hero might seem badly outdated compared to someone like Dashan, the stage name of the Canadian celebrity Mark Rowswell, whose fluent command of Mandarin delights Chinese audiences.

Chinese tourism in Canada is expected to increase, now that Canada has been given approved-destination status by the People's Republic. But for now, most visitors to Bethune Memorial House – purchased by the Canadian government in 1973 shortly after Pierre Trudeau's landmark official visit to a formerly isolationist nation – are nostalgic Chinese nationals or Canadians of Chinese descent who regard the doctor's birthplace more as a shrine than an interpretative site, Graceland crossed with the Vimy Memorial, with maybe a touch of Green Gables.

"Some people don't come here to learn," site manager Scott Davidson said. "They just want to stand in the bedroom where he was born. It's been tricky to figure out the best way to present the experience."

The new 3,500-square-foot visitors' centre has been tasked with the job of explaining Bethune in a more complex way – helping Chinese visitors understand his transition from comfortable Gravenhurst to wartime China, and winning over Canadians who don't yet appreciate why the Marxist medic should be seen as a local hero.

"We're trying to reach Canadians who might be interested in his humanitarian spirit and ideals" Mr. Davidson said. "We're saying, 'Come here and recharge your social batteries.' " 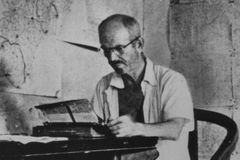 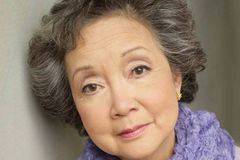