Setting the stage for a confrontation with the Supreme Court, Justice Minister Peter MacKay says the Conservative government, if re-elected in October, would ask the court to extend its deadline for legalizing physician-assisted death, citing time constraints caused by the upcoming election.

Mr. MacKay said the government wants to ensure that vulnerable people, such as those with Alzheimer's disease, are protected from having pressure put on them to seek death when they do not want to do so.

In effect, without new criminal laws, assisted death would be in a legal sense similar to abortion – a decision made between patient and doctor. Mr. MacKay said it would be "dangerous and irresponsible" to allow such a legal void.

It "leaves a lot of people vulnerable, particularly persons with disability, persons with advanced Alzheimer's."

He said the election in October will take at least four, and arguably six, months from the legislative process.

The Criminal Code provides for up to 14 years in prison for doctors who help patients end their lives. In February, the court struck down the law, saying in a 9-0 ruling that the law could condemn those who are grievously and irremediably ill to a "life of severe and intolerable suffering."

The court suspended the effect of its ruling for 12 months – doctor-assisted suicide is illegal until next February. But the court did not tell the federal government it necessarily had to write new laws. "It is for Parliament and the provincial legislatures to respond, should they so choose, by enacting legislation consistent with the constitutional parameters set out in these reasons," the court said.

Before the court would consider granting an extension, it would almost certainly want to know what the government has already done toward addressing the ruling, legal observers said. Mr. MacKay said the government had been talking to disabled groups, legal and medical experts and the faith community, and that a formal public consultation is imminent.

"I think there's a very good chance the court will say no," said Errol Mendes, a constitutional expert at the University of Ottawa. "The question is, should elections get in the way of fundamental constitutional rights, especially of the most vulnerable?"

"I don't think this government wants to deal with this issue in any effective way before the election," Liberal MP John McCallum said.

A request for an extension would reopen an emotional legal debate. The British Columbia Civil Liberties Association, which challenged the law on behalf of Kathleen Carter, who had spinal stenosis, would oppose an extension, according to executive director Josh Paterson. (Ms. Carter went to Switzerland and ended her life with assistance before the Supreme Court ruling.)

"There are going to be real people who won't avail themselves of the constitutional right to physican-assisted dying. Why should those people continue to suffer?"

He said that because the federal government promised to create new rules around assisted death, the provinces have been largely waiting, rather than creating their own framework. B.C.'s legislative committee on health has set up a subcommittee on the issue, he said.

Jason Gratl, a Vancouver lawyer who represented two intervenor groups that supported assisted suicide, said the government had chosen not to make the issue a priority. He said the government would need a "very pressing reason" to expose suffering people to more pain. Tories back off on asking for extended doctor-assisted death deadline
February 24, 2015 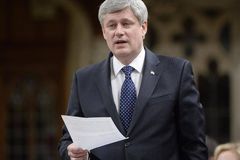