A man convicted of trying to raise funds for the so-called Toronto 18 terror plotters has been sentenced to 10 years in prison.

Steven Chand, 29, was convicted in Ontario Superior Court in June of knowingly participating in a terrorist group and counselling to commit fraud for the benefit of that group.

Mr. Chand has been in jail since June 2006 and has been granted credit of nine years, four months and 20 days for his time in custody.

That means he'll serve another seven months and 10 days.

A group of men and youths dubbed the Toronto 18 was arrested in 2006 and accused of looking for Canadian sites - such as Parliament - that could serve as targets in an attack.

Police say the group ran a recruitment camp near Washago, Ont., where Mr. Chand was a trainer in 2005.

Two of the accused were found guilty at trial by a judge. Seven pleaded guilty, and seven saw the original charges dropped or stayed.

Mr. Chand and Asad Ansari were the only two tried by jury.

Michael Moon, Mr. Chand's lawyer, said outside the courthouse that his client did not want to admit any guilt.

"That may have been the turning point in terms of his getting additional time versus time served," Mr. Moon said.

Mr. Chand addressed the court before his sentencing, saying he has been "misunderstood" and disagrees with the guilty verdict. 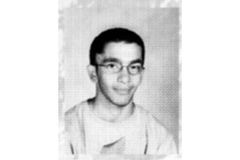 Terrorism case moves directly to trial
September 25, 2007
Mole in Toronto terror trial tells court he was addicted to cocaine
April 22, 2010
Follow us on Twitter @globeandmail Opens in a new window
Report an error
Due to technical reasons, we have temporarily removed commenting from our articles. We hope to have this fixed soon. Thank you for your patience. If you are looking to give feedback on our new site, please send it along to feedback@globeandmail.com. If you want to write a letter to the editor, please forward to letters@globeandmail.com.
Comments are closed