The Toronto-born son of Russian spies has won a court battle to regain his Canadian citizenship after it was revoked by Ottawa.

The long-awaited Federal Court of Appeal decision in Alexander Vavilov's favour is the latest twist in an intriguing espionage saga that spans continents and cultures.

Vavilov was born in 1994 as Alexander Philip Anthony Foley to Donald Heathfield and Tracey Ann Foley. The following year the family — including an older boy, Timothy — left Canada for France, where they spent four years before moving to the United States.

Alexander's life unravelled one day in June 2010 when the U.S. Federal Bureau of Investigation turned up at the family's Boston-area home.

"I remember vividly the FBI agents entering our house with weapons as I walked down the stairs," he said in an affidavit filed with the court. "My parents were handcuffed in front of my eyes and I was led to a dark car outside without being told why my parents were being arrested."

In all, 11 people — four of whom claimed to be Canadian — were indicted on charges of conspiring to act as secret agents in the United States on behalf of the SVR, the Russian Federation's successor to the notorious KGB.

Heathfield and Foley admitted to being Andrey Bezrukov and Elena Vavilova.

The FBI said Moscow had instructed Bezrukov and Vavilova to gather information about U.S. foreign policy. They apparently communicated with Russian spymasters through special computer software that embeds secret messages in images.

Bezrukov had cribbed the birth record of a baby with the surname Heathfield who died in Montreal at six weeks in early 1963, assuming his identity, the FBI said.

Bezrukov and Vavilova were among those sent back to Moscow — part of a swap for prisoners in Russia.

He changed his surname to Vavilov on the advice of Canadian officials in a bid to obtain a Canadian passport. But he ran into difficulties at the passport office and in August 2014 the citizenship registrar informed Vavilov the government no longer recognized him as a citizen of Canada.

The registrar said his parents were employees of a foreign government at the time of his birth, making him ineligible for citizenship.

The Federal Court upheld the decision two years ago.

Vavilov, 23, has been studying in Europe. But he says a plan to attend the University of Toronto, where he was accepted in 2012, was scuttled by the documentation problems. He has returned to Canada several times over the years and insists he has a profound connection to his birthplace.

"When I meet new people I say I am from Canada," Vavilov said in his affidavit. "This is because I have always and will always consider myself to be Canadian. It is the only culture I can associate with, and has been a cornerstone of my identity, even after these events."

In its decision this week, the Federal Court of Appeal set aside the lower-court ruling and quashed the registrar's decision to cancel Vavilov's citizenship.

It said the provisions of the Citizenship Act the registrar cited shouldn't apply because Vavilov's parents did not have diplomatic privileges or immunities while in Canada.

Timothy Vavilov, 26, also went to court after being stripped of Canadian citizenship. Lawyer Hadayt Nazami, who represents both brothers, said he will ask the Federal Court, where Timothy's case sits, to recognize the Court of Appeal judgment.

The federal government still has time to challenge the latest decision at the Supreme Court of Canada.

But Nazami said the brothers are delighted, "because for them it has been a very long struggle."

"And so finally they feel that they've been vindicated. They always saw themselves as Canadians." 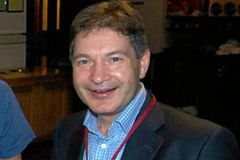 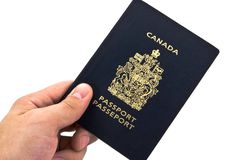