A Toronto doctor is renewing his call for a review of a popular morning sickness drug after obtaining 9,000 pages of confidential documents that reveal a pivotal clinical trial paid for by the drug's Canadian manufacturer failed to meet its original target.

Nav Persaud, a family doctor and researcher at St. Michael's Hospital, has been raising concerns for years about Diclectin, a medication that he argues is no better at quelling nausea and vomiting in pregnancy than a placebo.

In his latest paper, published Wednesday in the online journal PLOS ONE, Dr. Persaud and his four co-authors divulged the initial target of a 2010 trial that played a key part in the drug's approval in the United States in 2013.

The results of the trial were only supposed to be considered clinically important if Diclectin performed at least three points better than a placebo on a 13-point scale of symptoms.

The difference turned out to be just 0.7 points. The original, three-point goal was kept secret, Dr. Persaud's new paper says.

Duchesnay Inc., the Quebec company that makes Diclectin, is standing behind the medication, saying it has been thoroughly studied and used successfully by millions of pregnant women over decades.

The U.S. Food and Drug Administration, Health Canada and the Society of Obstetricians and Gynaecologists of Canada also say Diclectin is safe and it works.

But a spokeswoman for Duchesnay refused to answer repeated, e-mailed questions about why the three-point target of the 2010 trial, known as the DIC-301 study, was never published.

"If the manufacturer, Duchesnay, believes this medication is effective, why haven't they made this information available?" Dr. Persaud said in an interview.

Dr. Persaud's research is part of a larger international effort to unearth and reanalyze the data underpinning old clinical trials, especially those sponsored by pharmaceutical companies with a financial interest in presenting the results as favourably as possible.

In Canada, the trial data that manufacturers submit when seeking approval of a new drug are often considered confidential business information and cannot be released, even in response to a freedom-of-information request.

Dr. Persaud only managed to get the 9,000-page clinical study report on the DIC-301 trial after signing a confidentiality agreement with Health Canada that prohibited him from sharing the document and required him to delete it after publishing his paper.

Health Canada is currently looking at how to make clinical trial data public after it approves a new drug.

Peter Doshi, an assistant professor at the University of Maryland School of Pharmacy and an associate editor at the BMJ (formerly known as the British Medical Journal), said Dr. Persaud's findings are a prime illustration of why all the evidence associated with clinical trials should be made public, not just the conclusions as published in peer-reviewed journals.

"It does not inspire any confidence to hear that investigators, at the outset, decided that a three-point reduction was required to demonstrate clinical relevance, and then – after results were in – decided to not mention that, as if the fact that the three-point threshold wasn't met doesn't matter," said Dr. Doshi, who is leading the Restoring Invisible and Abandoned Trials (RIAT) initiative launched by the BMJ in 2013.

"This shows why clinicians need to be so careful with interpreting the literature, because it is so easy to spin results and in doing so mislead readers."

Diclectin is a time-released combination of two ingredients: pyridoxine, better known as vitamin B6, and doxylamine, an antihistamine.

Marketed as Diclegis in the United States, the drug made headlines in 2015 when then-pregnant reality-TV star Kim Kardashian praised it on her Instagram account.

Diclectin is widely used in Canada, with one prescription written for nearly half of all births.

Versions of the medication have been available in Canada for decades, unlike in the United States, where a pyridoxine-doxylamine combination marketed as Bendectin was voluntarily pulled off pharmacy shelves in 1983 after hundreds of lawsuits were filed alleging it caused birth defects.

Subsequent research showed the combination drug was, in fact, safe for women to take in pregnancy.

In 2012, Duchesnay submitted a new application to sell the medication in the U.S.

The combination of those measures produced a score on the Pregnancy Unique Quantification of Emesis scale, aptly abbreviated as the PUQE score.

At the end of the trial, the difference in symptoms between the Diclectin group and the placebo group was 0.7 points, a figure the FDA's report on the medication called statistically significant.

"However," the FDA document says, "The treatment effect is small."

A spokeswoman for the FDA said the organization would review Dr. Persaud's new paper, but its determination that the medication is safe and effective "remains unchanged."

Health Canada, for its part, pointed out that Diclectin was the subject of a fresh safety review in 2016 that included a scientific panel at which Dr. Persaud presented his findings, including what he had learned about the DIC-301 study.

"No new safety or efficacy issues were identified as part of the review," a Health Canada spokesman said. "The available evidence continues to support Diclectin in the treatment of nausea and vomiting during pregnancy."

That does not satisfy Dr. Persaud.

"I have stopped prescribing the medication," he said. "After reviewing all of the information available about this medication I don't think that it should be counted among the effective treatments for nausea and vomiting during pregnancy." 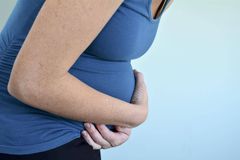