Taylor Mitchell, a singer-songwriter from Toronto, was attacked by coyotes in Cape Breton and has died in hospital.

She was hiking alone on the Skyline trail in Cape Breton Highlands National Park on Tuesday when she was attacked by two coyotes. Other hikers walking behind her heard her cries for help and called 911.

She was airlifted to hospital in Halifax, listed in critical condition, but she succumbed to her injuries early this morning.

RCMP spokesperson Brigdit Leger said an officer was in the area on an unrelated matter when the 911 call was made.

An officer shot and injured one of the animals, which was still behaving aggressively, Ms. Leger said. "At first it was believed to be dead, because it kind of hobbled off to the side," she said. "However, when the (officer) went back to retrieve the carcass, the carcass was gone."

Park officials are actively searching for both animals and Ms. Leger said the RCMP will offer whatever assistance is required.

Ms. Mitchell was an up-and-coming folk and country musician. According to her MySpace page, "she studied music and dance from an early age, graduating in 2008 from the prestigious Etobicoke School of the Arts with a major in musical theatre."

Her debut album, For Your Consideration , was released this year. Toronto alternative weekly NOW said in its review that "it's hard to believe that Taylor Mitchell is just 18 years old. Her country-tinged folk pop sounds like it comes from someone of a completely different generation, and her voice has none of the tentative frailty we'd expect from someone her age."

Her album has been nominated for a 2009 Canadian Folk Music Award, under the Young Performer of the Year category.

Arthur McGregor, who is on the board of directors of the CFMA, said Mitchell's nomination will still stand. "The final voting is pretty much over, so this isn't going to affect the actual vote," he said.

According to her MySpace page, Ms. Mitchell was scheduled to perform Wednesday at a bar called Maxwells in Sydney, Nova Scotia. She had been playing gigs in new Brunswick and Nova Scotia all week.

A 19-year-old Toronto woman has died from her injuries, the day after being attacked by two coyotes at a national park in Cape Breton

Randi Griffin, owner of the Broadway Cafe in Sussex, New Brunswick, where Ms. Mitchell played on Oct. 24, said: "I thought her performance was amazing. The crowd certainly enjoyed it."

She said Ms. Mitchell played a two-and-a-half hour set of her own material, as well as cover songs.

"I'm just sort of shocked by what happened," Ms. Griffin said. "It was very unexpected."

Reactions to her death appeared early Wednesday morning on her Facebook fan page. "I miss you so much Taylor," Josh Moulton wrote. "You'll always be in our hearts."

One fan, identified only as Shirley, said, "Give thanks and Praises that you touched our lives with your songs and your dancing fingers... sing on Taylor."

Germaine LeMoine, public affairs officer with Parks Canada, said of the attack: "This wouldn't even be considered a yearly event. It's extremely rare in the history of the park."

She said the Skyline trail will remain off-limits until further notice.

"Currently, we have our resource conservation and public safety specialist in the Skyline trail area searching for the second coyote. They will kill that coyote and dispose of it. It will be sent for pathological testing.

"Public safety, first and foremost, is top of mind within Parks Canada." 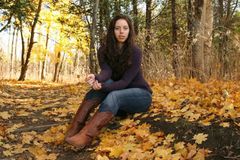