Stories about Jeremy Lin's buzzer-beating three-point shot were still fresh and prominent on the home pages of Toronto's Ming Pao and Sing Tao Chinese news websites Wednesday morning and already local fans were scrambling for the next visit of the New York Knicks sensation.

The Canadian Chinese Youth Athletics Association, which sent 300 fans to Tuesday night's National Basketball Association game, is already organizing a follow-up ticket offer for the March 23 game, the next Air Canada Centre encounter between the Toronto Raptors and the Knicks.

"We're fielding quite a bit of calls and it's only been 24 hours," CCYAA senior director Clement Chu said.

Mr. Chu, a long-time fan who also helped the Raptors deal with the media tidal wave, said there hadn't been this much enthusiasm in the Chinese community since Yao Ming first suited for the Houston Rockets a decade ago.

Local Chinese media rarely focus on sports unless it involves someone like Mr. Yao, a former NBA All-Star, or the tennis pro Li Na, he said.

"This one was unlike any of the other Chinese sports stars because it came so fast and out of nowhere. With everyone else, we had a lot of warning. But the whole Jeremy Lin stuff only came about in the last seven days."

A year ago, when he visited Toronto to play against the Raptors, Mr. Lin was an unheralded rookie for the Golden State Warriors and it was possible for Mr. Chu to spend 15 minutes with him for a one-on-one interview for the CCYAA.

This was before 'Linsanity' erupted. When the American-born, Harvard-educated son of Taiwanese émigré was back in town this week, depending on accounts, there were between 15 and 17 television cameras and 60 to 75 journalists shoehorned into a press conference, the media's only chance at grabbing a sound bite from Mr. Lin.

A large contingent from the Toronto Chinese-language media showed up, including one television reporter who gave Mr. Lin a Canada Post stamps booklet celebrating the Year of the Dragon before asking him to say something in Mandarin.

Mr. Lin obliged, even though his Mandarin is not fluent.

Mr. Lin's prowess have also caught the fancy of fans in China, though media there reportedly omit to mention that he is a devout Christian. At least one reporter at the Toronto press conference was from a mainland Chinese agency, Mr. Chu said.

(The attention wasn't limited to media outlets working in Cantonese or Mandarin. The New York Times noted that Mr. Lin had landed on the front page of the Globe and Mail, "a newspaper usually associated with staid political and business coverage.")

About 4,000 of the capacity crowd was Asian, Mr. Chu estimated. Ming Pao reported that fans lined up an hour before the game and that scalpers demanded up to $400 for tickets.

There were Taiwanese flags and Chinese media noted the presence of Winston Wen-yi Chen, the director of the Taipei Economic and Cultural Office, the unofficial Taiwanese consulate in Toronto.

At the end of the game, the Air Canada Centre Tuesday night erupted in cheers for the visiting team when Mr. Lin's three-pointer clinched the game for his New York Knicks.

This was too much for Tarek Fatah, the Pakistani-born Canadian activist who has written about multiculturalism.

"What is it with Toronto's Chinese community? They're cheering the Knicks win against hometown Raptors 'cos their star LIN is a Taiwanese?" Mr. Fatah said on Twitter.

"I'm sorry, but when Canadians come waving Taiwan flags in Toronto, it pisses me off."

Mr. Chu said the reaction was expected because Mr. Lin's story hasn't just been about an Asian's athletic success but also about an underdog beating the odds.

Even sports reporters, he said, who are supposed to keep a sheen of neutrality, were seen smiling and shaking their heads after Mr. Lin's winning shot. 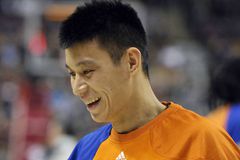 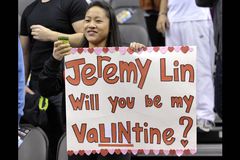 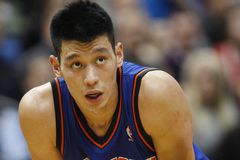 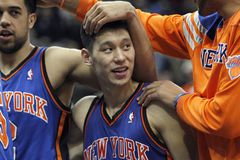 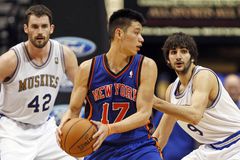 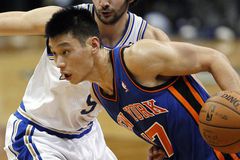 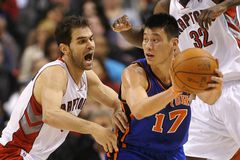