At the Canada-U.S. border at Niagara Falls, trains on the Maple Leaf route between New York City and Toronto are checked for weapons and other dangerous cargo.

In addition to visual searches, officials have sometimes used a mobile Vehicle and Cargo Inspection System (VACIS) unit which is able to detect concealed goods on board by viewing high-tech images similar to X-rays. RCMP alleged Monday that two people who sought to disrupt passenger rail service in the Toronto region targeted the Maple Leaf trains.

"The train undergoes quite a bit of scrutiny at the bridge at the border," said Greg Gormick, a project consultant with Transport Action Canada's National Dream Renewed campaign, which advocates for passenger rail service.

Via Rail, a federal Crown corporation based in Montreal, supplies the crew on the Canadian portion of the trip. Via jointly operates the service with U.S.-based Amtrak.

While there are checks of passengers crossing the border at Niagara Falls, those travelling within each country are not subject to rigorous screening, Mr. Gormick said. For instance, passengers do not go through a screening process when boarding at one Ontario stop and jumping off at another within the province, unless authorities notice anything suspicious about a passenger at a terminal, he said.

Here are other details about the 875-kilometre route between New York and Toronto:

Maple Leaf trains
Locomotives and passenger rail cars are from Amtrak; Via's crew on the Canadian side includes two locomotive engineers. Amtrak assigns its own crew on the U.S. side. Typically, there is a locomotive and five rail cars for each train, with a capacity of more than 300 passengers, Mr. Gormick said. 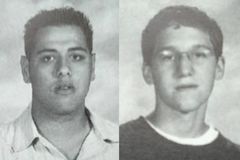 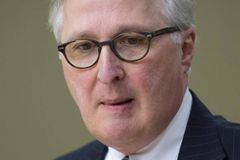