Even with her competitors tottering around in five-inch platform shoes, Jenna Talackova (in more sensible patent beige wedges) towers over them. The 23-year-old Vancouverite has brought international attention to an otherwise little-known pageant – the Miss Universe Canada competition, the national qualifier for the televised Miss Universe – as the first transgendered contestant. At first, organizers disqualified her for not being born female, but Miss Universe owner Donald Trump reversed the decision. Leading into Saturday night's finals, Ms. Talackova told The Globe and Mail she never intended to be a trans activist – she just likes beautiful gowns and "working it."

After a few days of this you must be exhausted.

Yeah! I got five hours of sleep last night which was so exciting. It's all worth it once you get on the stage. A month ago, I was disqualified and then soon after [an organizer]asked me if I wanted to come judge and I don't know what that was. It was just hard on me and I said, 'No, I'm going to be in this competition.' And now I'm in this beautiful gown and I'm about to strut it and work it and it was just so liberating and amazing.

You said that you felt like a girl from a very, very young age. What did you have to do before others accepted you as one?

It was so hard. My family didn't even understand me. It was only that they got put with me that it opened up their mind. It was very sacred in a way.

What were the physical transformations you had to go through – obviously you dress like a woman, you look like a woman.

There's no more obvious way to display the traditional ideas of femininity than competing in a pageant. Are you here to make a political statement or are you here because you like pageants?

I love pageants. I was training, I wanted to be in a beauty pageant. I was in Thailand and I competed in a transgendered pageant and I wasn't what they were looking for. And that really got me down because they weren't seeing me as who I was. They wanted something else. They wanted a drag queen.

You looked too much like a woman for that pageant?

It's not even that – they wanted something different. I'm a full woman and it wasn't right and it was a beautiful moment when I realized, it wasn't my fault that I lost because I was ugly or blah blah blah. It's because they were looking for something different. Two years go by and I'm watching Miss Universe. And I love Miss Universe so much. I'm watching with my mom and I said, 'Mom, I want to try Miss Universe. I really want to do it.' She says, 'Baby, do it.'

You've been put into this position – not by choice – to be a political figure. How do you feel about that?

You're never ready for anything. It's what the universe sends you. I took that position because it's helped a lot of people. My simple actions of wanting to do something fun and embark on something I felt very passionate about, if it helped people, which it did, I feel great about that.

Has there been any hostility from the other contestants because you've been the focus of so much media attention?

We kind of laugh about it. We make jokes like, yeah, I get all this attention but it's brought them a lot of attention, too. It's just unfair that I get more interview practice.

There's so much attention focused on physical beauty – at least in the last night of the competition (the evening gown and swimsuit portion). Were you nervous going into that part – having people scrutinize your body in comparison to all these women?

No, because they do it to every other girl. We're all different, we know that. We all embrace our individuality. I know my body's different from theirs and that's okay. 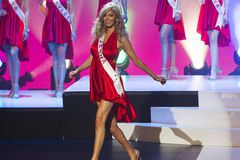 'I'm in it to win it,' transgendered contestant of Miss Universe Canada says
May 15, 2012 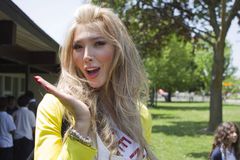 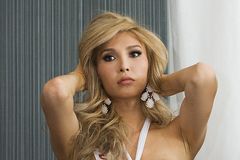 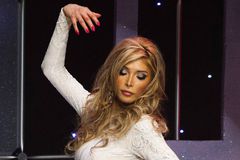