In Prime Minister Justin Trudeau's first chance to name a judge to the Supreme Court of Canada, the search for diversity is bumping up against the reality of limited choices – raising the odds that a government that chose just three white males in its first 15 judicial appointments will pick one for the country's most powerful court.

Mr. Trudeau has an opportunity to make a historic mark. If he names a woman for the job that comes open in September, he would give the court the first female majority in its 141-year history. If he names a member of a visible minority or an indigenous judge, that, too, would be a first for the court.

His Liberal government has left little doubt that it would like to find a well-qualified candidate from one of those groups.

"If it's possible, they're going to give it to a female, bilingual, visible minority – if they can find that person," a Liberal party insider said.

But the search is proving to be a challenge. The opening comes with the upcoming retirement of Justice Thomas Cromwell of Nova Scotia and convention dictates that his successor must come from Atlantic Canada. The Prime Minister's insistence that new appointees to the country's highest court be functionally bilingual limits his choices further.

And there are no obvious bilingual stars among women on the region's appeal courts (the most frequent source of Supreme Court judges) and in its law firms, more than a dozen legal observers in Atlantic Canada said in interviews. As for visible minority or indigenous judges, the pipeline was left largely empty by the former Conservative government.

And so Mr. Trudeau's attention may yet turn to white males. Among the leading candidates in that category are Justice Marc Richard of the New Brunswick Court of Appeal and Chief Justice Michael MacDonald of the Nova Scotia Court of Appeal.

Justice Richard is an Acadian – a descendant of the French colonists expelled from the Maritimes in the 18th century – which works in his favour. He is also described as the province's most respected judge (along with Chief Justice Ernest Drapeau, who has told people he isn't interested in the position). A former prosecutor and defence lawyer, Justice Richard is described as a strong proponent of Charter rights.

He wouldn't be the first Acadian to reach the Supreme Court (Michel Bastarache and Gérard La Forest, the last two appointees from New Brunswick, were both Acadians), but it could still work in his favour.

"I would think it would still be an important consideration," a second insider said. "To the extent that the Acadian population is a recognized group – a very vibrant group that fought long and hard to secure equality in New Brunswick, and is now enshrined in the Constitution – it is a very important factor in the diversity dialogue." (Section 16 of the Charter of Rights and Freedoms protects English and French as the official languages of the province.)

Chief Justice Drapeau has recommended Justice Richard as his first choice for the Supreme Court, according to two sources. The chief justice made his recommendation to Government House Leader Dominic LeBlanc, who is part of a cabinet committee asked to come up with a short list of candidates from which the Prime Minister can choose. The two men have a long-time relationship: Mr. LeBlanc's wife, Jolène Richard, articled at Mr. Drapeau's law firm in Moncton, stayed on as a lawyer and they remain close friends. (Today she is Justice Richard of the New Brunswick Provincial Court.)

That doesn't make Justice Marc Richard a shoo-in – retired chief justices have told The Globe and Mail that their recommendations were often the "kiss of death" for judges. But in the small intersecting worlds of New Brunswick law and politics, personal relationships and trust count for something.

Justice Lucie LaVigne of the New Brunswick Court of Queen's Bench is well respected, but it is rare for a trial court judge to move straight to the Supreme Court. She was appointed by a Liberal government. Appeal court Justice Kathleen Quigg, who was fast-tracked by the Conservative government, is another judge whose name is mentioned by some as a possibility.

One name being floated by some legal observers is Premier Wade MacLauchlan of Prince Edward Island, a former law dean at the University of New Brunswick. But his office told The Globe in an e-mail that he is committed to continuing as Premier.

In Nova Scotia, there are at least two potential female candidates who come from non-traditional sources, including Justice Anne Derrick of the Provincial Court, a former social activist who represented abortion doctor Henry Morgentaler and Donald Marshall Jr., who was wrongly convicted of murder; and Dawn Russell, a former law dean at Dalhousie University's law faculty and now president of St. Thomas University in Fredericton.

The strongest indigenous candidates are outside of Atlantic Canada – including Mary Ellen Turpel-Lafond, B.C.'s Representative for Children and Youth. She was once a law professor at Dalhousie University, but legal observers say that connection is too tenuous for her to qualify as an Atlantic appointment. And the Atlantic provinces, whose political power is reflected in the fact that the Speakers of the House of Commons and the Senate come from there, are unlikely to accept an outside candidate, even an indigenous one, observers said.

Justice Lucie LaVigne was appointed to the New Brunswick Court of Queen's Bench by the government of Jean Chrétien in 2001. Incorrect information appeared Thursday. 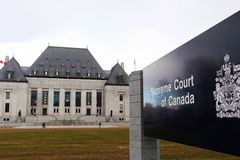 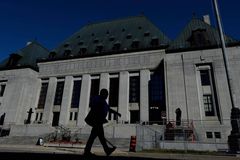 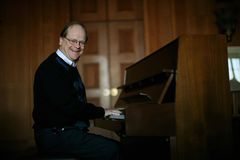