In life, Pierre Elliott Trudeau commanded the attention of Canadians with his flamboyance, imagination and, at times, arrogance.

But a decade after his death, the man who ignited Trudeaumania rests in relative obscurity.

The cemetery holding the remains of the former prime minister offers few clues that one of Canada's most historic figures is entombed there, just a few metres from a busy road in rural Quebec.

Unlike the gravesites of other late prime ministers, there's no flagpole outside the Trudeau family mausoleum and no plaque recalling details of his life.

His ex-wife Margaret insists that's how Mr. Trudeau, who died 10 years ago Tuesday, wanted it.

"He just wants to be quiet with his family there and that's why it's off the beaten path," she said of his gravesite in St-Remi, about 50 kilometres south of Montreal.

"He loved strong emotion but he didn't like people to be sentimental when really they didn't know him."

So far, locals say Mr. Trudeau has gotten his wish.

Except for a tour bus or two each year, people rarely stop at his tomb, St-Remi's mayor says.

"There were a lot visits around the time of his death, but for several years it's been quiet," said Michel Lavoie.

Older residents remember Mr. Trudeau's ancestors, who were from the region. But few knew the late prime minister, who was born and raised in Montreal.

"People don't talk about him much," Mr. Lavoie said.

"The city of St-Remi is proud to have the Trudeau family in our region. … He's one of the best-known people, so it's important for us. But the Trudeau family has the final say. They are the ones who decided that it remain a sober site."

The limestone Trudeau vault holds 13 members of the family, including Pierre Elliott's parents and grandparents. It is the tallest monument in the St-Remi-de-Napierville cemetery.

One name missing from the crypt is that of Mr. Trudeau's youngest son, Michel, who died in 1998 when an avalanche swept him into an icy, B.C. lake. His body was never found.

A few stone blocks engraved with "P.E. TRUDEAU" and an arrow directed at the mausoleum are among the subtle clues that this is the former prime minister's eternal resting place.

Last week, a small paper Canadian flag was planted in the grass at the foot of the mausoleum's steps and a clear plastic bag containing a red rose - like the one he often wore on his lapel - hung on the black iron door.

The cemetery hasn't always been peaceful since the arrival of Mr. Trudeau, a man who evoked passions and incited controversy, particularly as a passionate opponent of Quebec separatism.

In the weeks after his burial, police received threats that his grave would be desecrated, prompting the Mounties to set up 24-hour surveillance at the tomb.

Eventually, the threats ceased and so did the police patrols.

Then, in April 2008, vandals spray-painted "FLQ" and the French words for "traitor" and "bastard" on the walls of the crypt. The graffiti has since been removed.

If it hadn't been for the vandalism, some citizens of St-Remi still might not know about Mr. Trudeau's tomb.

"That's the only time I've heard people talk about it," said Sophie Vallerand, who lives a couple of doors from the cemetery.

"They also spoke about it on television, saying that he was buried here. If not, I don't think people would know about it."

In a twist of irony, the cemetery sits in a riding represented by the sovereigntist Bloc Québécois.

A federal government program created in 1999 has left the burial sites of former prime ministers under the responsibility of Parks Canada.

To commemorate their lives and careers, the department has installed flagpoles and information panels at many of the graves, all with the blessing of the families.

After his death, some thought the final resting place for Mr. Trudeau, arguably Canada's most prominent prime minister, would eventually become an attraction.

But it's unlikely to become a shrine any time soon, Margaret Trudeau says.

"No, he would never, ever have wanted that," she said. "I think that it's the way he wanted it." 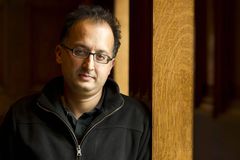