The Transportation Safety Board wants specially designed seat belts to be mandatory for babies and children on commercial flights to prevent them from "becoming projectiles" or dying in otherwise "survivable" accidents.

The recommendation to Transport Canada stems from an investigation into a 2012 plane crash in Sanikiluaq, Nunavut, which claimed the life of six-month-old Isaac Appaqaq, who was not restrained by any device or seat belt.

Kathy Fox, chairwoman of the transportation board, said a parent's arms aren't enough to protect a child during severe turbulence or a crash.

"Adults are not strong enough to adequately restrain an infant just by holding on," she said at a news conference Monday. "Research has proven it. It's time to do right by our children. They deserve the same level of safety."

The investigation found the Fairchild Metro twin-engine aircraft – which was attempting to land for the second time – was flying "too high, too steep and too fast."

Eight other people on board the Perimeter Aviation charter, including the pilot and co-pilot, survived.

It doesn't make sense that babies and children are required to be harnessed into vehicles in specially designed seats while nothing is required when they board a plane, Ms. Fox said.

She also noted that passengers aren't allowed to have purses, backpacks or computers on their lap during takeoff or landing.

"And yet, it's okay to carry a 20-pound baby on your lap," Ms. Fox said. "This is the disconnect that needs to be corrected."

The idea may be controversial partly because it would require a baby to occupy a separate seat, Ms. Fox said. Currently, children under the age of two fly for free if they are seated on an adult's lap.

Requiring a car seat or a restraint also takes time to install, which could hold up a flight's departure, she added.

"Those are some of the issues that need to be addressed, but they certainly should not be obstacles to making sure children have the same level of safety as adults," Ms. Fox said.

Transport Canada has 90 days to respond to the recommendation.

Transport Minister Lisa Raitt said in a statement that she expects "Transport Canada to review these recommendations on an expedited basis."

In the meantime, Ms. Fox said parents can use some car seats on most commercial flights instead of checking them as baggage.

Missy Rudin-Brown, the board's senior human factors investigator, said many can remember a time when children travelled in cars without a seat belt.

"Attitudes towards safety are always evolving," she said. "It's time for a change."

The safety board is also recommending that airlines keep better track of underage travellers. Currently, commercial airlines don't track how many children fly each year or how many infants are held in an adult's arms, Ms. Fox said.

Investigators found a number of factors contributed to the Nunavut crash. The flight, which left from Winnipeg, was already four hours late because of last-minute repairs and additional freight.

Weather on the ground was poor and the crew had trouble seeing the runway when they attempted to land the first time, investigators said. The plane circled around a second time but had trouble once again.

"At this point, the crew began feeling a growing pressure to land," said chief investigator Gayle Conners. "Stress, workload, frustration and fatigue combined to narrow their attention and they shifted away from well-practised procedures.

"By the time the captain decided to reject the landing, it was too late."

The plane hit the ground well past the runway, bouncing and skidding 335 metres before coming to a stop.

"This accident saw an infant ripped from his mother's arms and killed in the subsequent impact," Ms. Fox said. "What's needed is a proper child-restraint system – one that stops the youngest on board from becoming projectiles." 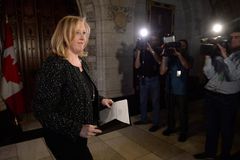 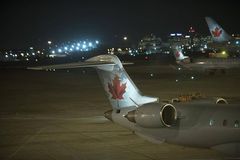 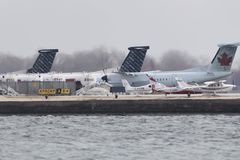